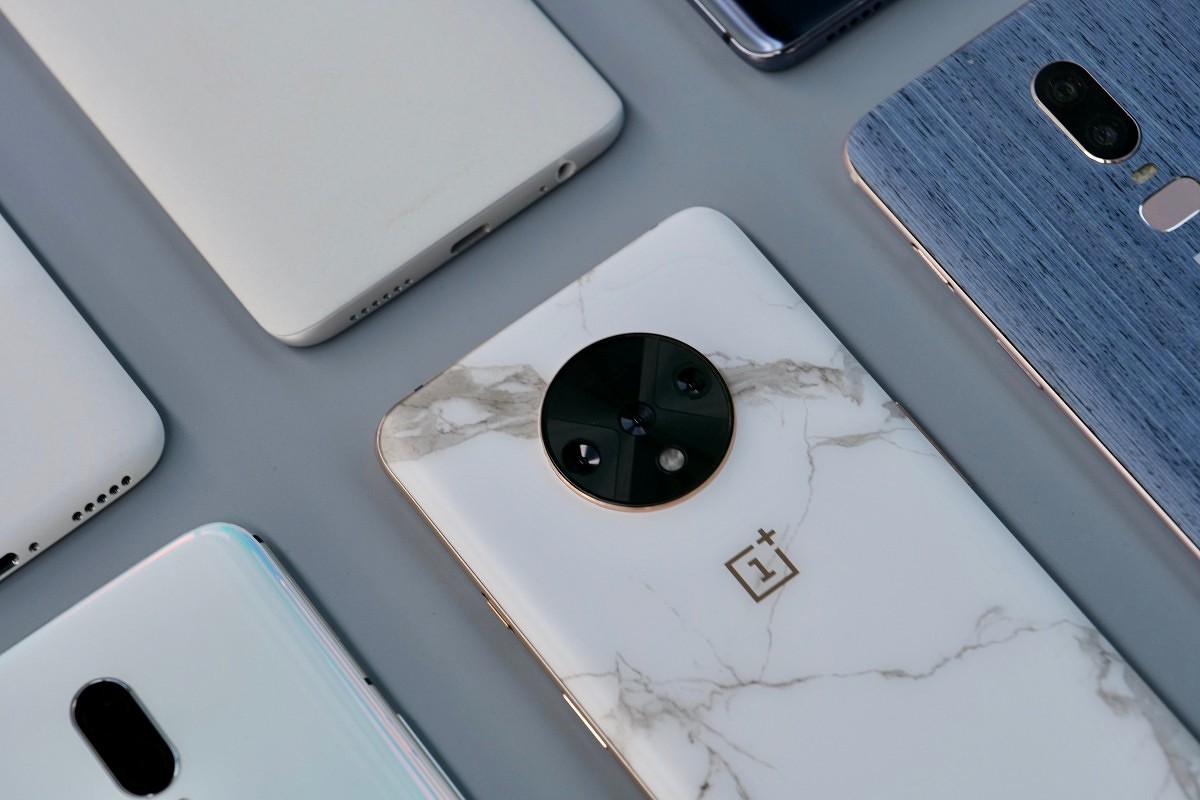 When it comes to releasing wicked variants of the devices, OnePlus has to be one of best companies and are definitely leading the pack. The company is known for working with McLaren automotive and releasing some pretty amazing McLaren devices that one can buy. Additionally, they have also released a Star Wars edition device in the past, and they are continuing to impress us with that they have.

Not only that, but they are also among the few companies that are always experimenting to show just what they are capable of. The recent news from the company relates to a number of devices that Pete Lau, the CEO of OnePlus has shown off in a Twitter post. These phones are of course different than what normally is available in the market.

The photos come with a caption that says,

We do more testing with colors, materials, and finishing (“CMF”) than you could imagine, because that’s what decides the overall feel of a phone. We’ve got more to share soon, but until then, what’s your favorite out of these past devices?

Now, most of us are already familiar with the fact that OnePlus is no stranger to concept devices, we have seen some pretty compelling stuff that is not available for sale, but still, goes to show what company is capable of.

Lau shared a number of interesting devices, let's have a look at them.

All the devices in the pictures are very familiar, we have the standard OnePlus 7T on the bottom left, we also have three different OnePlus 6 devices, one is in the white/cyan gradient, one in matte white finish, and one in denim blue colourway which also looks a lot like wood. There is also the 5T Star Wars edition included in the pictures.

However, the one that stands out the most if the 7T with marble finish and gold trims. OnePlus never released this phone and it is obvious that you cannot buy it in the market. But it certainly is an interesting finish. We have seen ceramic devices in the past, but having a phone that has its back made out of marble is an interesting one, to say the least.

The OnePlus 8 is nearing its release. Do you think the company will be coming up with something interesting as far as the colorways or finishing is concerned?