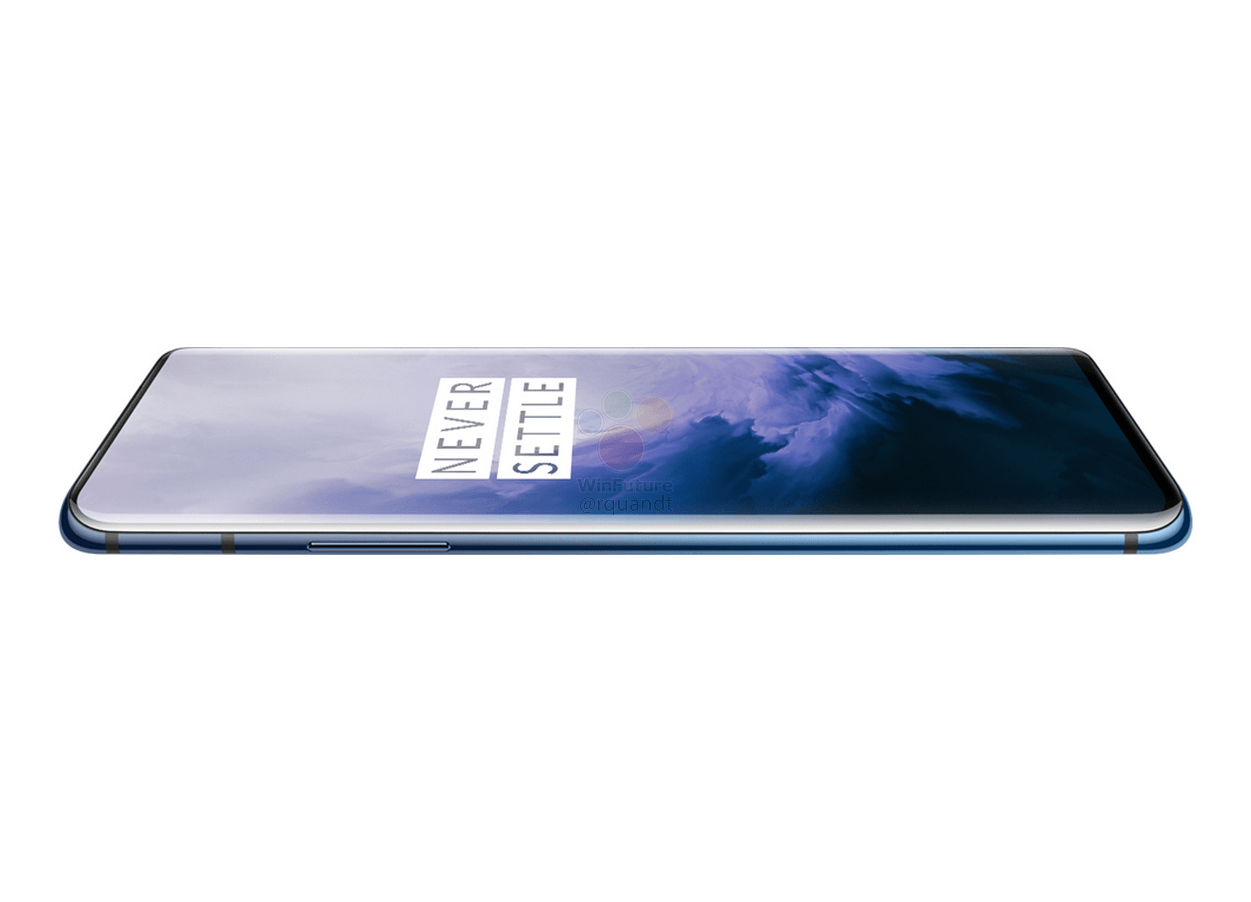 Staying true to previous trends, the OnePlus 7 Pro is also surfacing regularly on official and unofficial channels a week before it's launched. Courtesy of these reports, we've got a lot of details for the upcoming smartphone. The gadget will be jam-packed with big features such as UFS 3.0 storage and potential support for HDR10+. Now, alleged renders of the OnePlus 7 Pro have been shared by none other than Winfuture's Roland Quandt. Take a look below for more details.

While we've got information from several sources about the OnePlus 7 Pro's specifications, visual reports for the device haven't been scarce either. The bulk of both of these leak types have focused on the OnePlus 7 Pro; a smartphone that marks the departure of OnePlus from the fringe of the smartphone market. While at one time the company prided itself for launching 'flagship killers', now it's launching a gadget that will give 2019's flagships a run for their money.

Not only is it confirmed that the OnePlus 7 Pro will feature UFS 3.0 storage, but it's also rumored that the company will equip its latest and greatest gadget with an HDR10+ display. This display will ensure that video content of all formats will run smoothly on the OnePlus 7 Pro. However, as Apple has proved time and time again, a smartphone's highly personal nature ensures that hardware specifications are only one side of the coin.

The good folks over at Winfutre.de are busy providing us with details for the other side. It's pretty much confirmed that the OnePlus 7 Pro will feature a front pop up camera sensor and a display sloping over the device's edges. Additionally, we'll also get a virtual fingerprint sensor on the smartphone- just like the one that's present on the OnePlus 6t.

A similar linear arrangement of the camera sensors, camera flash and OnePlus' logo is visible in the renders. Which, if you ask us, is boring. OnePlus needs to move forward from its design language, but we suspect that material and production constraints come into play over here. Thoughts? Let us know what you think in the comments section below and stay tuned. We'll keep you updated on the latest.