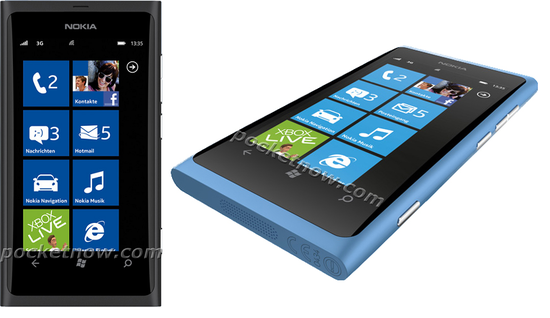 Nokia's Windows Phone has been a subject of discussion since the day Nokia announced their partnership with Microsoft. There have been countless rumors, leaks, speculations as to what we can expect. Well mark your calendar for 26th October, because that is when Nokia is all set to reveal their much awaited Windows Phone handset at Nokia World. The news was let out by Andy Lees of Microsoft in the ongoing AsiaD conference. And in case you're wondering who Andy Lees is, he's the Microsoft President of Windows Phone, so the source is pretty much as reliable as they come.

The phone in question, if the rumors are to be believed, is the Nokia 800 (pictured above) which is a smaller version of the Meego running N9. N9 has gotten rave reviews for its built quality and design so expect the 800 to be just as good, if not better. It's rumored to have a 3.7" AMOLED screen with 1.4Ghz CPU and a 8MP camera. For the rest of the details, we'll have to wait for next week when Nokia World commences.