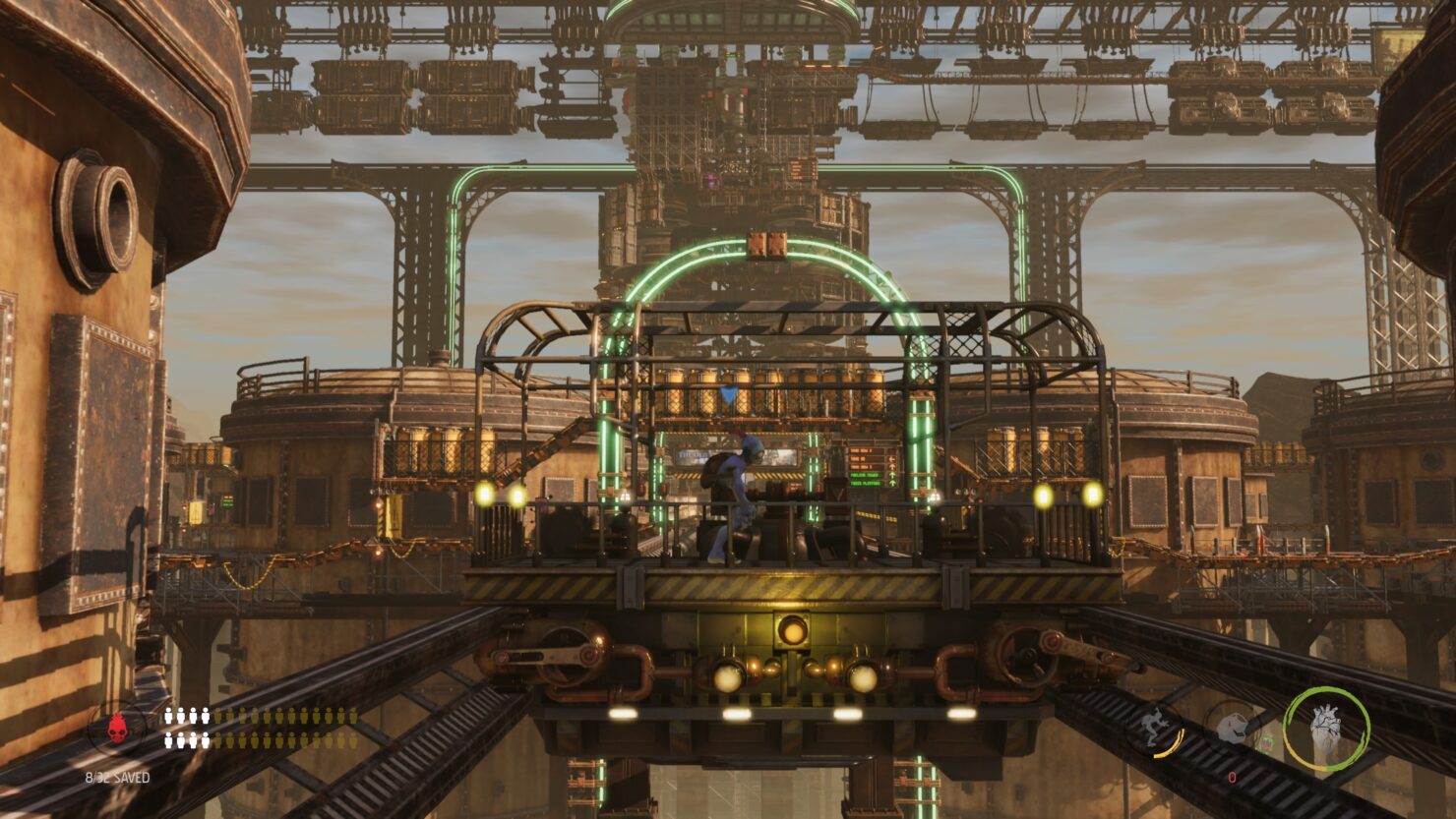 Update 1.08 introduces the ability to turn off both the main HUD UI and the badge alerts in the Settings. The latter can be especially distracting at times.

Multiple fixes for out of world jumps in certain levels
Potential progression blockers fixed in Brewery and Slig Barracks
The moving Royal Jelly fixed at the end of CD Yards
Motion detectors fixed in Necrum
Sorrow Valley’s Flying Slig explosions fixed
Fixes for Sanctum respawn issues
Fix for the train not being at the end of Phat Station under certain situations
Sorrow Valley missing bird portal fix
Rocksaw audio fix in Necrum
Fixed lockers in The Ruins
Fix for trellis door being closed
Fix for the blimp in the Blimp level being visible in certain circumstances
Further fix for incorrect Mudokon count in The Ruins
The lever in the Flying Slig section in Sorrow Valley now opens the electric gate, removing the requirement to kill all six Sligs first

Other fixes included in the Oddworld: Soulstorm 1.08 update are Abe-related and NPC bug fixes.

Sligs no longer float when in certain states
Sligs now react to mortars better, especially in the Blimp level
For for Slig AI related to going to sleep in the middle of an alert animation
Further fixes for when Sligs stun sick Mudokons
Fix for stuck post processing FX on chanting
Fix for softlock when spamming the interact button on an empty locker
Fixes for Slig AI behaviour with respect to beating
Sligs in the distance now react properly after their gun overheats
Sligs chasing Abe when he goes into a crawlspace no longer present weird behaviour
Abe can no longer get shot by Sligs through a climbable surface
Sligs now move towards disturbances when they hear or see them
Sligs no longer get stuck in an idle state

The Oddworld: Soulstorm 1.08 update also brings a variety of other general fixes that you can find detailed below.