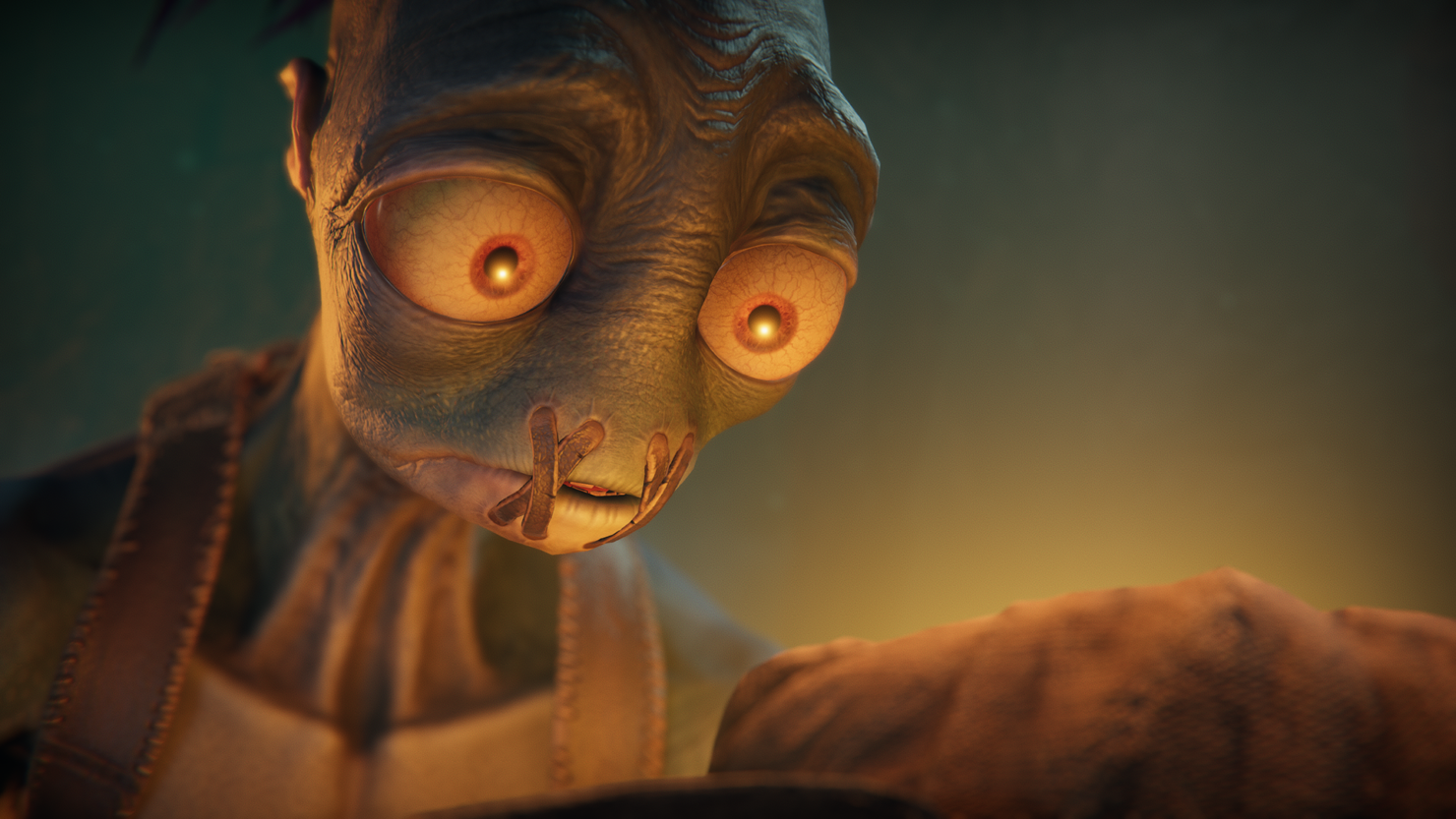 The game will be available on PC (as an Epic Games store exclusive), PlayStation 4 and PlayStation 5 on April 6th for $49.99. However, PlayStation Plus subscribers on Sony's consoles will get it as one of the free games of that month.

Back when live conventions were still a thing, Francesco called it the biggest surprise at E3 2019. Check out the new Oddworld: Soulstorm trailer below.

In Oddworld: Soulstorm, you reprise the role of Abe the Mudokon, accidental hero turned leader of a growing revolution. We first met Abe in the first game of the quintology, Oddworld: New ‘n’ Tasty. Abe is a floor-waxer at Mullock the Glukkon’s RuptureFarms meat packing plant.  He accidentally learns about Molluck’s plan to turn Mudokons into tasty treats. He wants to save himself, but he’s compelled him to try to save everyone. His selfless act is the spark that sets the revolution ablaze.

Try to save the more than 1,000 Mudokons. There is power in many. They will help you solve puzzling puzzles. And, you can harness their collective energy.

As you traverse the 2.9D environments, you will scavenge for necessary resources by pickpocketing enemies, looting lockers, and sifting through trash cans. Exchange them at vending machines to get products that you can use or even, for the first time in Oddworld history, give to your followers. This gives you more agency in how you chose to conquer the game’s many challenges.

And there will be times when you need an armed army of Mudokons behind you. The oppressive Glukkons have other plans and will use every means at their well-funded disposal, from propaganda to brute force.

Abe’s most iconic ability, his mystic power of possession will allow you to take control of your foes and use their strength and weapons against them. Possession can be used to activate locks and switches to gain entrance to restricted or hidden areas in the game.