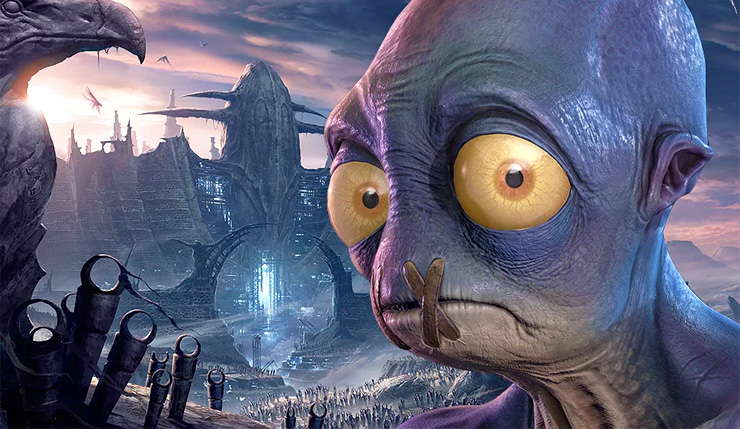 The Oddworld series has always been one of the most interesting gaming series, spanning different titles belonging to different genres, all tied by the wacky setting and characters. The most popular entries in the series are the first two games starring the Mudokon Abe, who manages to go from a slave to a hero in Abe's Odyssey and Abe's Exodus. The original game received a remake a few years back, and now a full re-imagining of the second game, called Oddworld: Soulstorm, is in development by series' creator Oddworld Inhabitants.

I'm a huge fan of the original Abe's Odyssey, as it's a love letter to many classic games that are personal favorites, such as 2D adventure games of old like Prince of Persia, Another World and Flashback, as well as puzzle games like Lemmings. I never played the original Abe's Exodus, as I admitted to series' creator Lorne Lanning and the other members of the development team present at the E3 2019. "No problem, you'll play the real sequel then" was their answer.

Oddworld: Soulstorm retains the basics of the classic Abe experience. Players will have to control Abe as they traverse a variety of stages to save other Mudokons from captivity and become the hero he is meant to be. The new game is a 2.9D game, as the team describes it, as everything that is seen on screen can be explored, which creates a great sense of scale that's just perfect for Abe's epic journey. 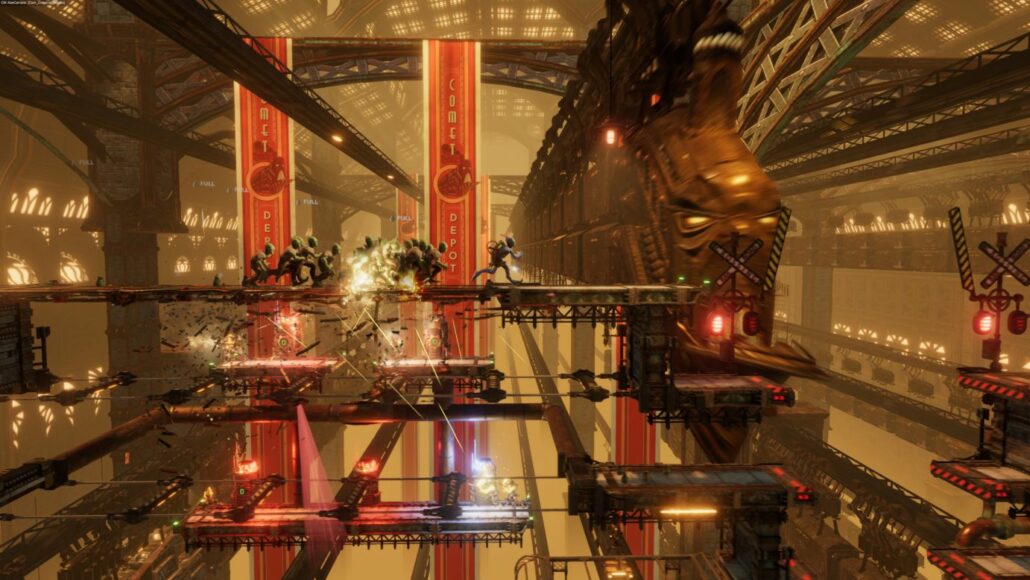 While the basics of the experience haven't changed much since the day of Abe's Odyssey, everything is presented in a new form that's exhilarating to play. Abe can still run, sneak, jump and control enemies like he could in the original, but his moveset has been expanded and tweaked: he is much more agile than before, also being able to perform a double jump, possession is now timed, and must be used properly to be useful and so on. Extremely important to the game are items, which are often all that separates Abe from victory and defeat.

Abe has an arsenal of items at his disposal: simple bottle caps, bottles of the brew Sligs love so much and many others. Items usually have more than just one effect: for examples, caps are used not only to attract the enemy's attention but also to set the brew on fire, which can stagger and kill enemies. The throw range can be extended by wrapping elastic bands around items, which is something that will be required quite often to solve puzzles. 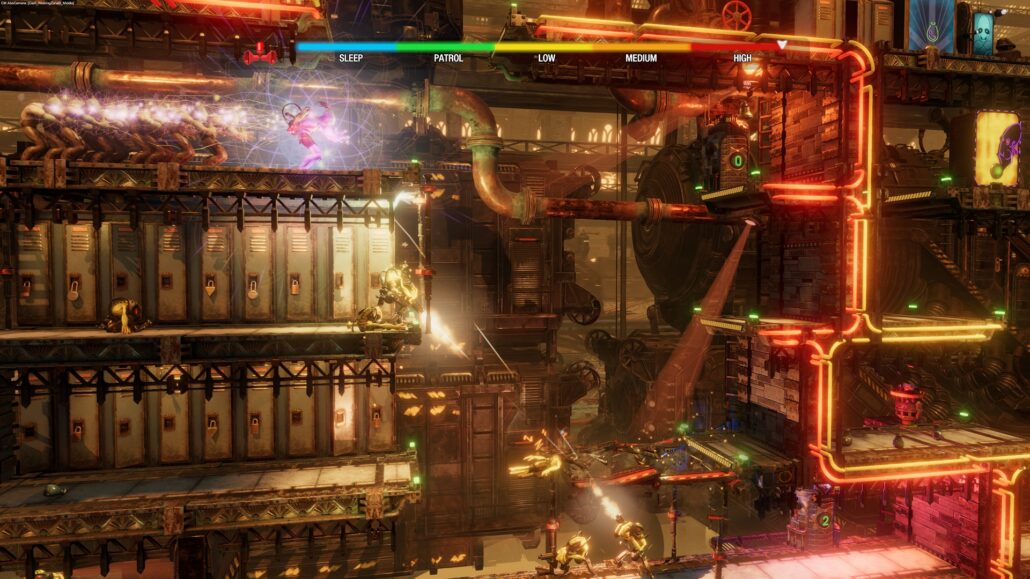 It's pretty clear how items are going to play a rather big part in Oddworld: Soulstorm. For the first time in the series, it will be possible to craft items at any time during the game by going through the main menu and discover recipes by mixing the right items. Once a recipe has been discovered, clicking on the related icon will craft the item without having to go through the process again. Needless to say, these items are extremely powerful and can make the difference between life and death in certain situations.

One thing that decisively separates Oddworld: Soulstorm from other games starring Abe is the overall tempo of the game, which is extremely fast paced. Despite the game featuring a lot of puzzles, I found myself more often than not having to deal with situations as quickly as possible to minimize damage to Abe and the saved Mudokons. Thankfully, the former slave are far from being passive, as they can fight enemies if players decide to give them items. And they fend for themselves quite well, as they managed to save Abe a few times during my hands-on session.

All the gameplay mechanics come together extremely well in Oddworld: Soulstorm, and the experience is extremely varied. Puzzles often involve pressing down levers to open a path, but there are so many variables involved, as platforming or enemy patrols, that you never feel you're doing the same thing over and over. Influencing the experience considerably is the Quarma mechanics, which dictate Abe's morality throughout the game. Saving Mudokons increases positive Quarma, while killing enemies and losing Mudokons increases negative Quarma. This mechanic influences the game considerably in many ways, but the team hasn't been particularly explicit on how it does so in the long term.

Oddworld: Soulstorm is also going to be a game that players will want to enjoy for a long time. Each stage not only comes with secrets to discover but also a medal system which keeps tracks of the achievements for each separate stage but also an evaluation system, which rates performance. A leaderboard system is also in place for more competitive players.

At the end of my hands-on session, I was extremely impressed with Oddworld: Soulstorm, and I am craving for more beyond the stage that has been shown so far. As a huge lover of the original, Flashback, Another World and similar games, Oddworld: Soulstorm feels like the true modern re-invention of the genre. We at Wccftech have been so impressed by the game that we gave it our Biggest Surprise of E3 2019 award. 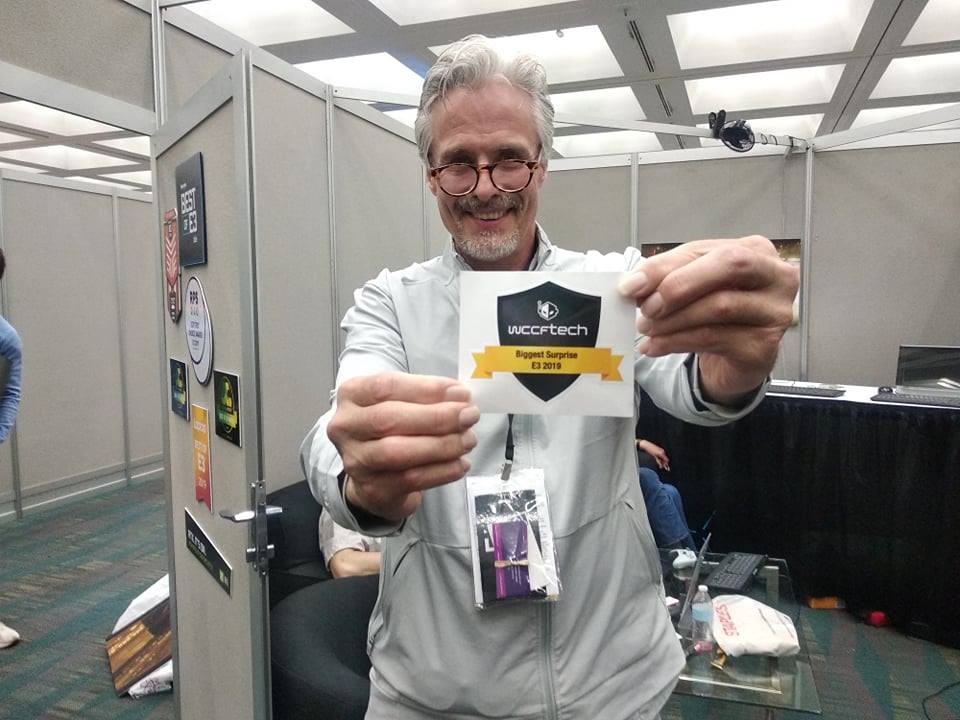 Oddworld: Soulstorm launches on PC, PlayStation 4 and Xbox One sometime in 2020.