Today, NVIDIA officially unveils their latest GeForce GTX 960 hitting the sweet price point for gamers. The GeForce GTX 960 is the first card to use the latest Maxwell GM206 silicon which focuses on enhancing the overall efficiency of the Maxwell core architecture while transferring all the great features introduced on the GM204 to more budget friendly cards. Along with reference models, we are also looking at a slew of new add in boards from NVIDIA's AIB partners including MSI, ASUS, EVGA, ZOTAC, Inno3D, Palit, PNY, Colorful, KFA2, Point of view and  Gainward. 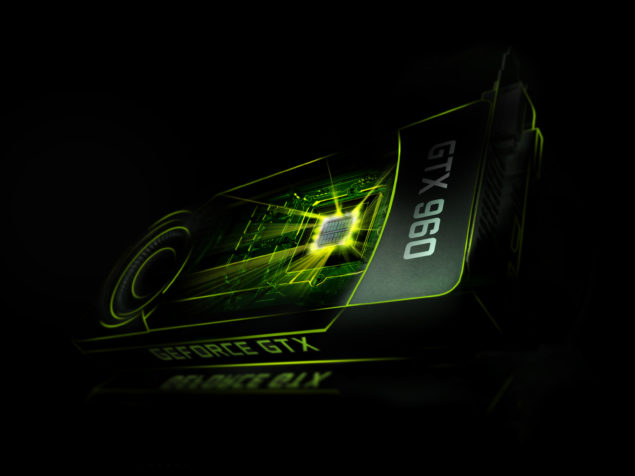 Rounding up the specifications, NVIDIA’s GeForce GTX 960 is the first to feature the latest GM206 graphics processing units which is a very skimmed down core compared to the GM204 core. As far as specifications are concerned, the GM206 based GeForce GTX 960 features 1024 CUDA cores, 64 Texture mapping units and 32 Raster operation units. It is clocked at 1127 MHz base and 1178 MHz boost clock. The graphics card also comes with a 2 GB GDDR5 video ram which operates along a 128-bit bus that is clocked at 7.00 GHz (1753 MHz QDR), pumping out 112 GB/s of cumulative bandwidth. The GeForce GTX 960 graphics card will feature a TDP of 120W that will be provided by a single 6-Pin connector while display outputs include Dual-DVI, HDMI 2.0 and a single display port. Technology such as DirectX 11.3 and DirectX 12 API support will be available. Lastly, the card features a single SLI goldfinger that limits it to only 2-Way SLI configuration however that’s expected from a marketing perspective of this budget card.

The official MSRP of the GeForce GTX 960 is set at a sweet spot of $199 US and around $209 US for the custom designed variants. Factory overclocked and custom variants might be available at the official MSRP however some AIBs will be charging extra for their cards based on the design scheme and coolers. The reference cards which will be coming at a price of $199 US will retain the original NVIDIA cooler that was launched with the GeForce GTX 670 and has been coming with several Kepler cards including the GeForce GTX 660 Ti, GTX 660, GTX 650 Ti Boost, GTX 760. The new feature is that it comes with the default Maxwell display configuration of DVI, HDMI 2.0 and three display connectors. The reference PCB will come with a single 6-Pin connector to power up and has a single SLI goldfinger to allow 2-Way SLI capability.

Initial performance numbers coming in from several sites which have reviewed the card prove that the GTX 960 is a good solution for 1080P gaming though certainly not the best. The card has a cut down 128-bit bus and two Gigabytes of video memory which does prove to lag behind when textures and AA quality are pumped to the max and give a lead to older 256-bit solutions such as the GeForce GTX 670, Radeon R9 280X which are close in price. However the older cards are soon going to be replaced by new comers from AMD and it will be seen how the manage to deliver new variants to this critical and competitive market when their current cards reach EOL in a few months. 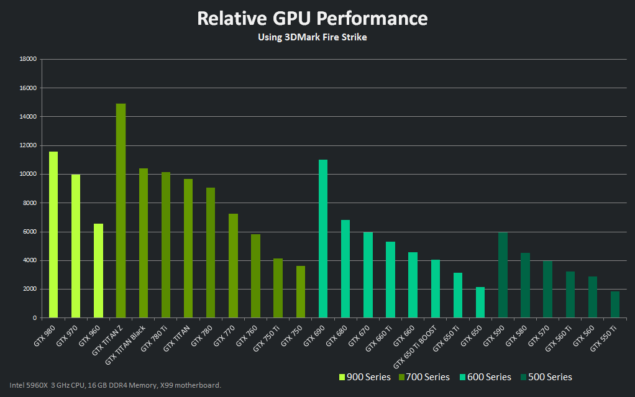