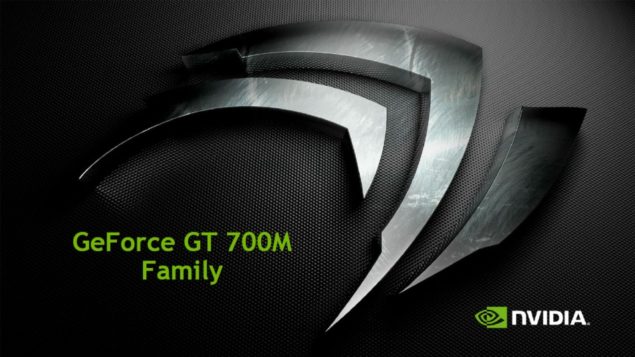 NVIDIA has launched a total of four new GeForce 700M series parts, all of which are currently entry level models and that could be noted since they are being compared against an Intel HD 4000 IGP, however this gives a clear hint that NVIDIA would be launching the faster GeForce GTX 780M and GTX 770M in the near future. Details and specifications are mentioned below: 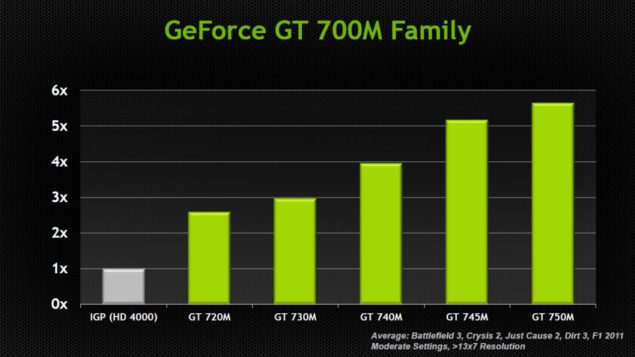 Performance wise, the new Kepler technology helps boost the performance upto 2x - 5x when comparing the GT 720M and and GT 750M to the Intel HD 4000 iGP in titles such as StarCraft II, Crysis 2, Battlefield 3, etc at a moderate amount of visual settings on 1366 x 768 resolution. Further performance is added to the GPUs with the introduction of GPU Boost 2.0 technology that uses available power on the GPU and converts it into boost clock when more graphical power is required by applications.

GeForce 500M and 600M were each class leaders, introducing sizeable performance gains, new features, and increased efficiency. 700M is poised to continue this trend, but instead of delivering just raw performance, NVIDIA is delivering a solution that makes your notebook more powerful, easier to use, and more fun. By automatically giving you boosted performance, optimized gaming, and long battery life, you’ll discover that GeForce notebooks are the best notebooks you’ll ever own. NVIDIA

The GeForce 700M series mobile GPUs are now available in notebooks by OEM manufacturer's, AMD themselves are going to introduce their high-end HD 8970M chip within this month so its possible that the high-end GTX 780 M chip couldn't be far away from launch as it was already leaked in the specification slide of a gaming notebook. 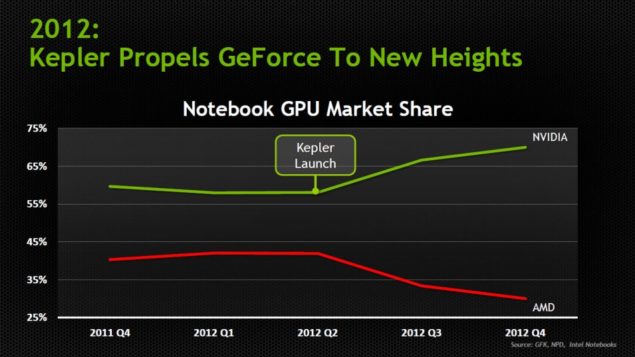 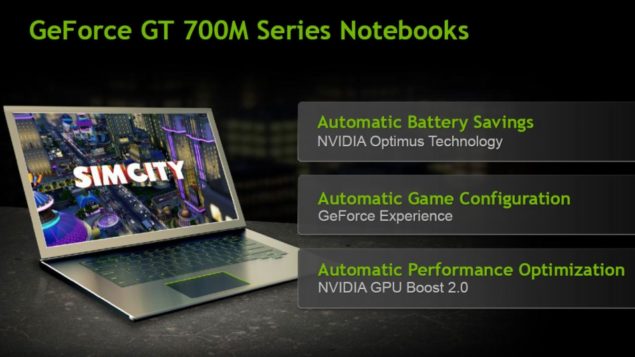 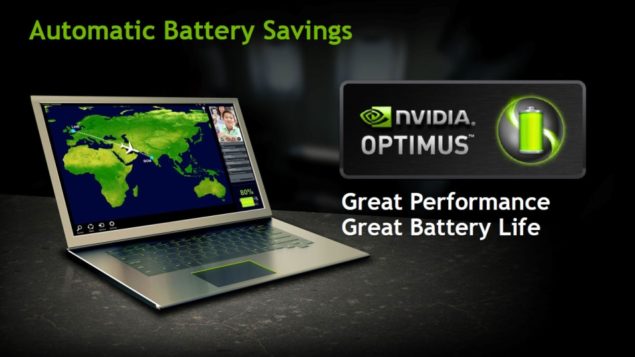 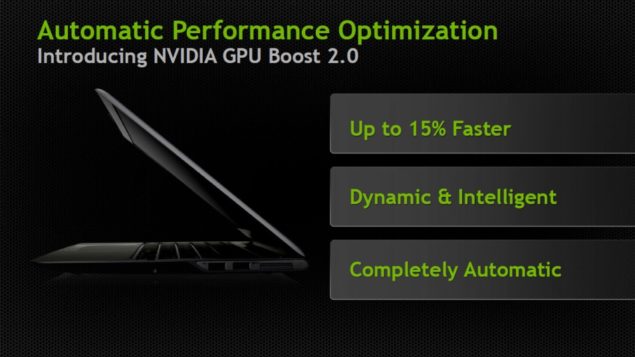 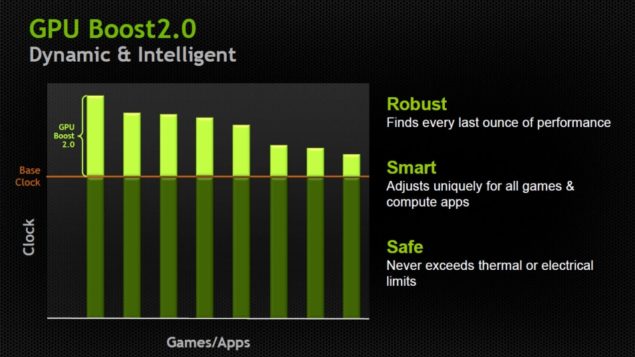 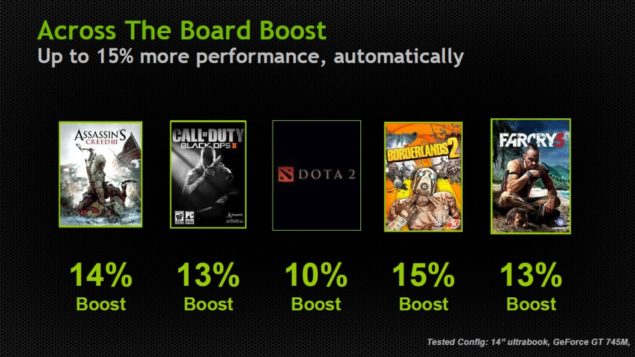