It was indicated back in January 2013 that AMD was working on new mobile GPUs based on the upcoming Sea Islands GCN 2.0 architecture codenamed "Solar Series". AMD's Radeon HD 8970M, part of the new mobile GPU lineup has been leaked in performance slides of MSI's upcoming GX70 G-Series notebook by GDM.or.jp. (Via Videocardz)

According to the information, the Radeon HD 8970M is codenamed "Neptune" and would ship with the MSI's GX70 high-performance notebook that also incorporates an flagship A10-5750M Richland mobile APU which were introduced recently. While the Richland A10-5750M APU features its own Radeon HD 8650G integrated graphics processor, the notebook also comes with the latest discrete mobile graphics solution from AMD - Radeon HD 8970M which is the fastest single chip mobile GPU in offering by AMD's mobile Sea Island lineup.

The performance slides pit the Radeon HD 8970M "Neptune" against the GTX 680M against which the AMD part is almost 7.5% faster in average in 3DMark 11 performance mode. The performance slide also includes other Sea Islands based mobile GPUs such as the performance oriented Saturn XT and Saturn Pro, Mainstream Venus XTX chips which are 10-20% on average faster than the GTX 675M GPU from NVIDIA. AMD or MSI didn't went into the specifics of any of these GPUs but looking at how MSI gets to advertise them early with their upcoming G-Series notebooks, their launch cannot be much far away. Its worth noting that MSI kept the faster GTX 680MX and GTX 675MX parts out of the comparison list but its possible that the Radeon HD 8970M would end up being a bit faster than them. 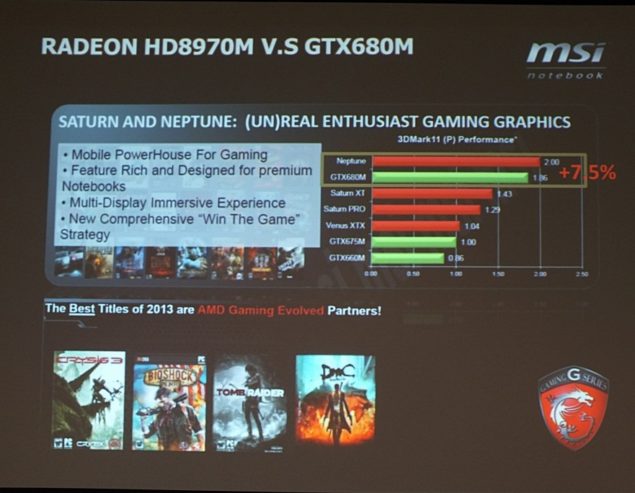 There are further more slides provided which give a glimpse of the performance increase of Richland APUs over Trinity parts. As far as launch schedules for AMD's Radeon HD 8000 series is concerned, AMD would unveil all of their top-to-bottom Sea Islands GPUs in Q4 2013 as detailed by us here. 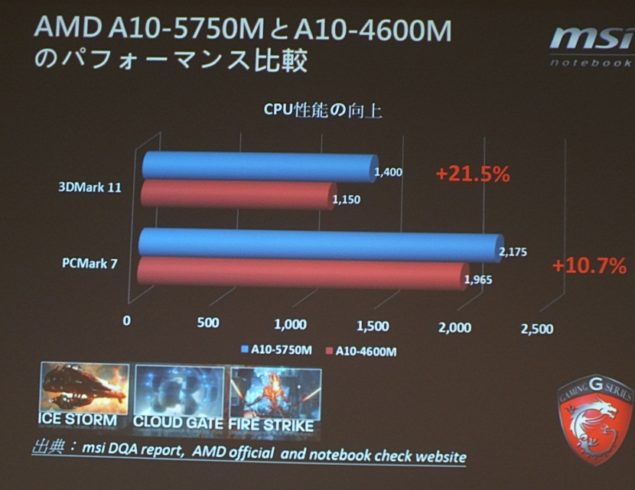 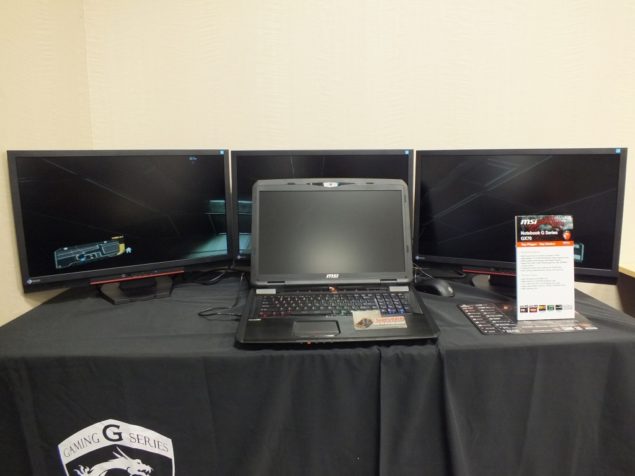 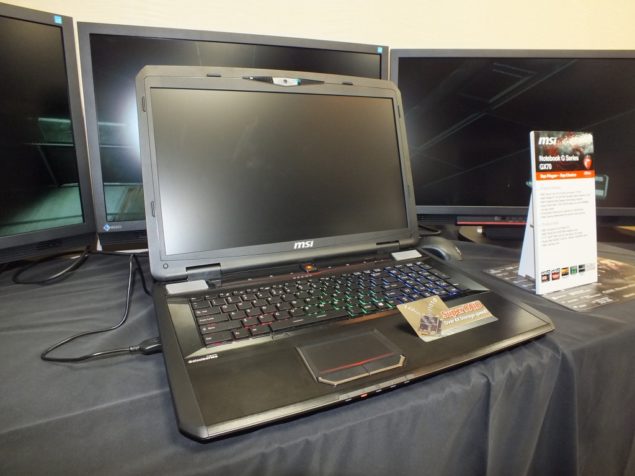