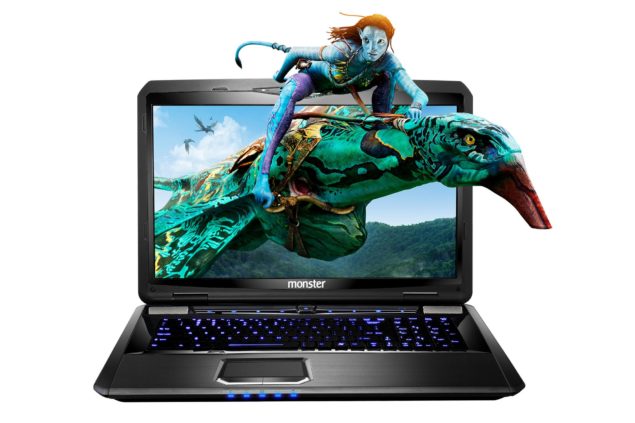 A couple of gaming notebook manufacturer's which include DevilTech and Monster have updated their notebook lineup with the latest Intel Haswell Mobile CPUs and GeForce 700M series chips.

Heise.de and Videocardz managed to found out the updated configuration of these notebook manufacture's at their official sites and its quite a bit early to see them updating their notebooks since the launch of Intel Haswell CPUs is still a couple of months away. As for the GPUs, the gaming notebooks are equipped with new GeForce 700 M series graphic chips.

The Intel Haswell mobile chips equipped inside these upcoming gaming notebooks include the following:

Each chip is based off the 22nm Intel Haswell architecture and are configured similarly to their Ivy Bridge predecessors except that these feature faster GT3 graphics chip which is aimed to deliver upto 3 times the processing power over Ivy Bridge iGPU and would also come with IPC enhancements around 10-15%. All gaming notebooks are fitted with the latest HM87 chipset which offers USB 3.0 and SATA III native compatibility.

NVIDIA GeForce 780M and 770M Appear Out Of The Wild

Other than the Intel Haswell CPUs, both gaming notebook manufacturer's have also added new GeForce 700M series GPUs to their lineup with the GTX 780M leading the pack followed by GTX 770M. The GTX 780M packs a 4 GB GDDR5 (256-bit) memory while the GTX 770M packs a 3 GB GDDR5 (256-bit) memory. It is not known if these chips are based off a new Kepler architecture or rebrands of current GTX 600M series but Heise.de mentions that the GTX 780M on the DevilTech's DTX Fragbook packs 8 GB GDDR5 memory and the chip is 30% faster than its predecessors scoring  29,458 points in 3D Mark Vantage. It is also equipped with the Core i7-4900MQ Intel Haswell CPU.

It is a possibility that some notebook manufacturer's may showcase their upcoming gaming class designs at the CeBIT 2013 event which starts from 5th March shedding more light on the performance of Intel Haswell and GeForce 700M series GPUs.