NVIDIA's next-generation 'Ampere' GPU architecture has been one of the company's best-kept secrets but it looks like their partners in the HPC market are spilling the beans for them. According to The Next Platform (via Videocardz), Indiana University will be deploying its latest Big Red 200 supercomputer which is reported to be powered by NVIDIA's next-generation GPUs.

According to Brad Wheeler, the vice president of information technology and chief information officer at Indiana University, the Big Red 200 supercomputer commemorates the university's 200th anniversary. The Big Red 200 supercomputer is stated to support both conventional HPC and also AI-specific workloads. The supercomputer will be designed in two phases, the first part which is already operational consists of 672 dual-socket nodes which feature AMD's EPYC 7742 processors that rock 64 cores and 128 threads. that's a total of 86,016 cores and 172,032 threads available on the entire supercomputer.

The second phase of the supercomputer is the more interesting one. Once it goes operational this summer, it would not only bring more EPYC 7742 processors in operation, but would also feature NVIDIA's next-gen GPUs. The interesting part is that Big Red 200 was originally slated to feature Tesla V100 GPUs based on the Volta architecture, but according to Wheeler, they planned to wait a bit longer for NVIDIA's next-generation parts and that's when the idea to develop the system in two phases arose. 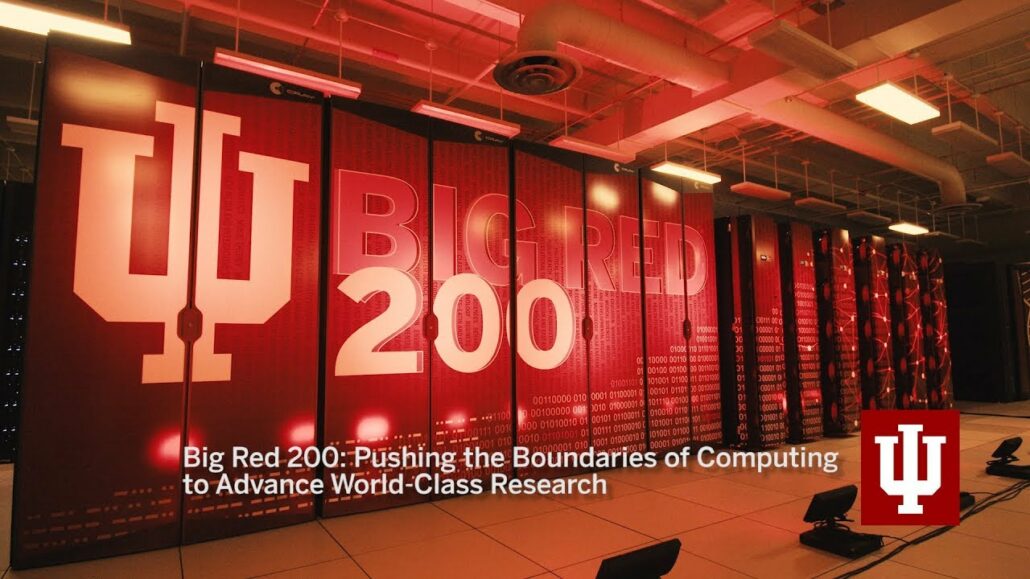 It is also mentioned that Big Red 200 gained an additional 2 petaflops of performance even though it uses a smaller number of GPUs than the Volta V100 based design. The reason for going with a smaller number of next-generation GPUs is simply because they offer 70-75% better performance than existing parts and by that, we are comparing it with Volta-based Tesla V100 GPUs as no Tesla GPUs based on the Turing GPU architecture, aside from the Tesla T4, exist.

Volta and Turing share lots of similarities with Turing offering a more refined version of Volta. If the 70-75% performance increase figures are close to the real thing, then we can definitely see close to 50% performance gain or even higher in the consumer variants. Do note that previous rumors had already said that NVIDIA's next-generation GPUs would offer 50% extra performance while being twice as efficient as Turing GPUs.

In a previous interview, NVIDIA's CEO, Jensen Huang, had confirmed that the majority of the orders for their next-generation 7nm GPU will be handled by TSMC while a small portion will be sent to Samsung for production. Finally, Jensen was asked about the launch timeframe of their next-generation 7nm GPU, but he simply replied that it wasn't a convenient time for them to disclose any date at the moment. We know from a recent interview with NVIDIA's CFO, Colette Kress, that they want to surprise everyone with their own 7nm GPU announcement, but they are waiting for the right time to do so.

The Ampere GPU wouldn't only improve the rasterization and shading performance, but also deliver huge uplifts over Turing in ray tracing performance. Since Turing was the 1st generation implementation of ray tracing on NVIDIA graphics cards, Ampere will further optimize and is expected to offer more ray tracing hardware onboard in the form of RT and Tensor cores.

We have already seen the first implementation of NVIDIA's next-generation 7nm Ampere GPU in the Orin SOC. Ampere is definitely something we all should get excited about, but 2H 2020 is still a long way to go. With Big Red 200 becoming operational in summer, we can definitely see an official announcement for NVIDIA's next-gen Ampere GPUs at GTC 2020.