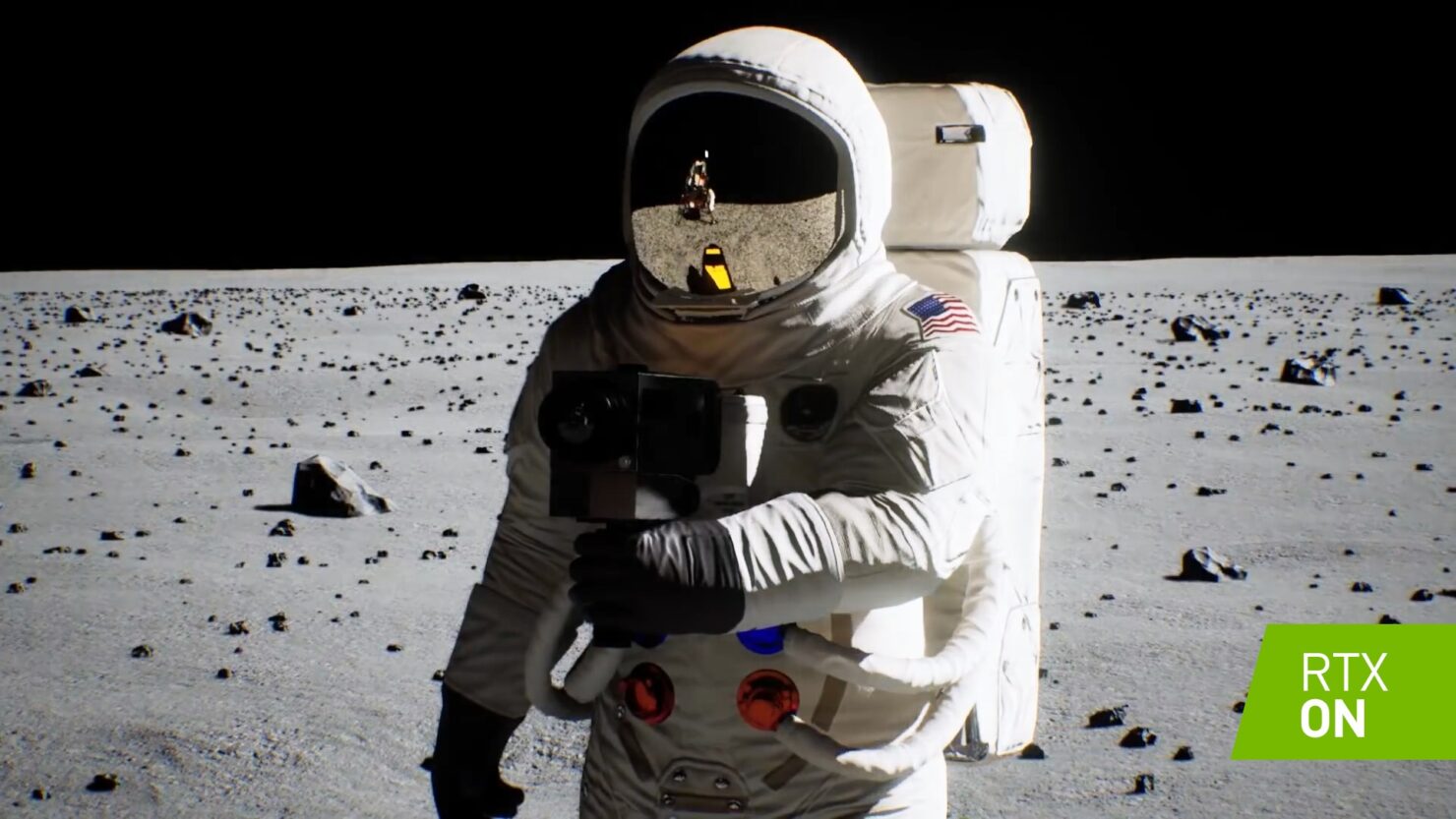 Unless you're living under some rock, you must have heard of the ongoing celebrations for the 50th anniversary of the Apollo 11 landing on Earth's satellite, the moon.

For the occasion, NVIDIA has updated and enhanced the previous Apollo 11 ray tracing demo showcase. Perhaps just as interesting is the addition of commentary from none other than Buzz Aldrin, the lunar module pilot who landed on the moon alongside Neil Armstrong in that expedition.

This week’s anniversary of the landing — one of mankind’s greatest achievements — has inspired us to dramatically step up our own work, enhancing our earlier moon-landing demo with RTX real-time ray tracing technology.

The result: a beautiful, near-cinematic depiction of one of history’s great  moments. That’s thanks to NVIDIA RTX GPUs, which allowed our demo team to create an interactive visualization that incorporates light in the way it actually works, giving the scene uncanny realism.

With RTX, each pixel on the screen is generated by tracing, in real time, the path of a beam of light backwards into the camera (your viewing point), picking up details from the objects it interacts. That allows artists to instantaneously see accurate reflections, soft shadows, global illumination and other visual phenomena.

Prior to RTX technology, only special effects rendering farms working for hours or even days on a single scene in a movie could manage this level of realism.

NVIDIA RTX technology changes all that, allowing creative professionals to mimic the way light behaves in the real world in interactive models, without the need to rely on pre-baked effects and cutscenes.