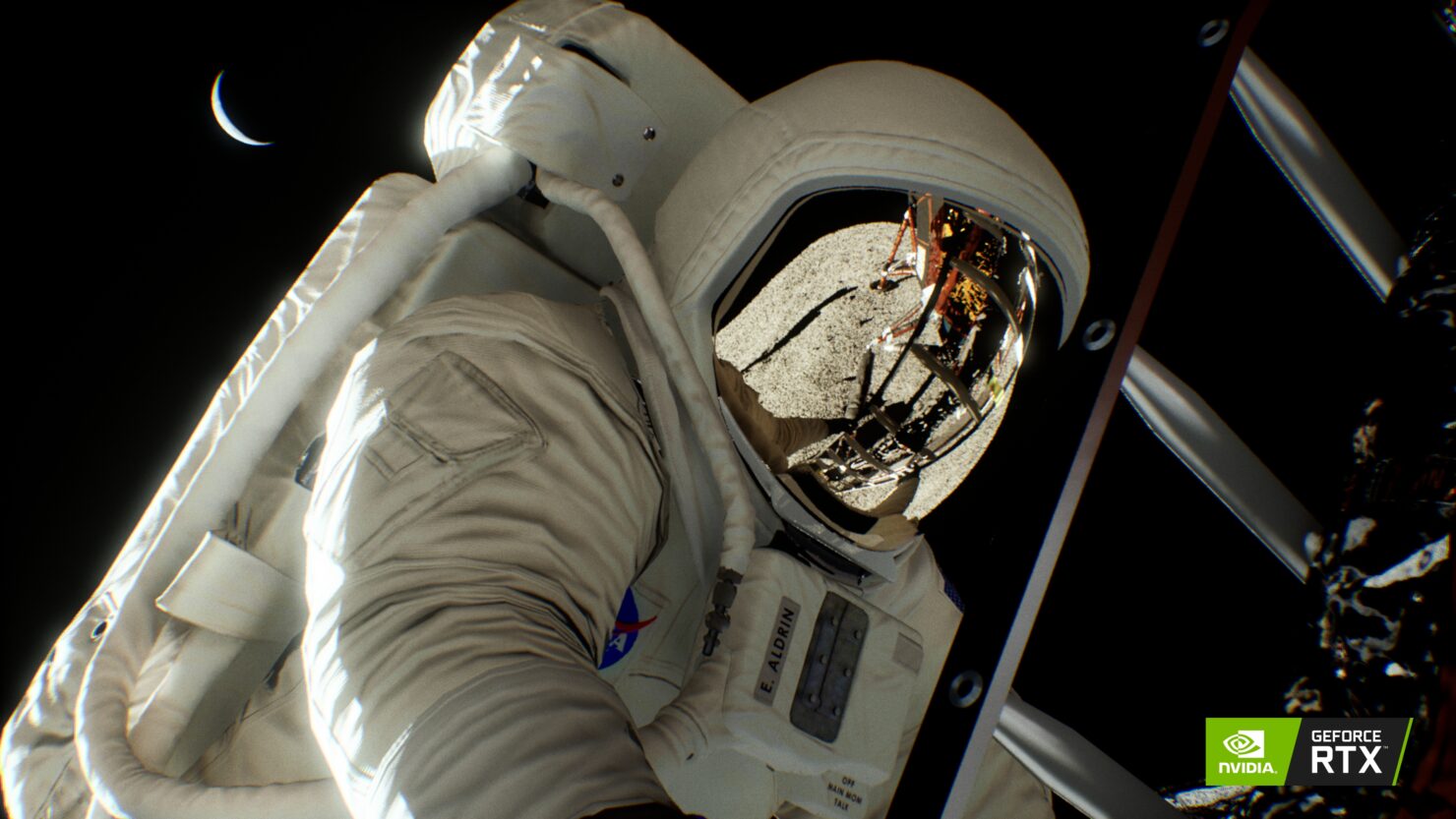 You might recall that NVIDIA prepared an Apollo 11 tech demo based on VXGI (Voxel Global Illumination) technology a few years ago, ahead of the Maxwell architecture launch.

With the advent of real-time raytracing powered by the new GeForce RTX cards, NVIDIA decided to rebuild the Apollo 11 moon landing scene and prove that it was not a hoax. The new demo was presented earlier this week by NVIDIA CEO Jen-Hsun Huang during his GTC Europe keynote in Munich, Germany, where Huang said:

This is the benefit of NVIDIA RTX. Using this type of rendering technology, we can simulate light physics and things are going to look the way things should look.

You can watch the entire video presentation via YouTube. It would certainly be nice if NVIDIA released some NVIDIA RTX tech demos to the public while we're waiting for actual games to support the technology.

Recreating the great event with a stunning level of realism, we re-confirmed our earlier conclusion: the photo looks the way it would if it were taken on the moon. 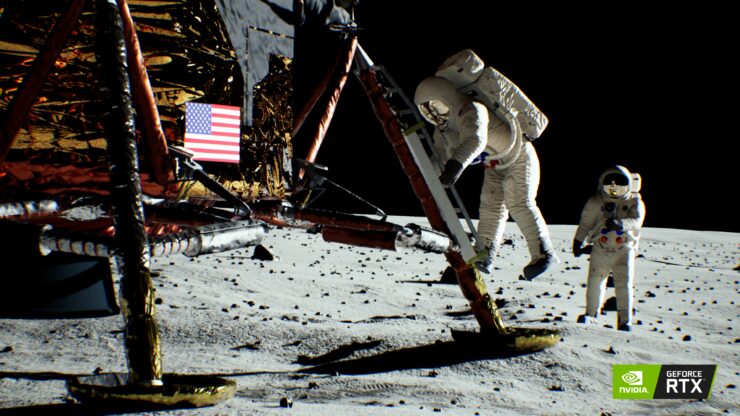 Our Turing architecture allowed our demo team to do this because it’s able to trace the path of a beam of light back from the screen — or frustum, as computer scientists call it — and bounce around a scene to render reflections, shadows, ambient occlusion, global illumination and other visual phenomena in an instant. Prior to RTX technology, only special effects rendering farms working for weeks or months on a single scene could manage this.

The demo team built on work they did four years ago when they collected every detail they could to understand the iconic image. They researched the rivets on the lunar lander, identified the properties of the dust coating the moon’s surface, and measured the reflectivity of the material used in the astronauts’ space suits. 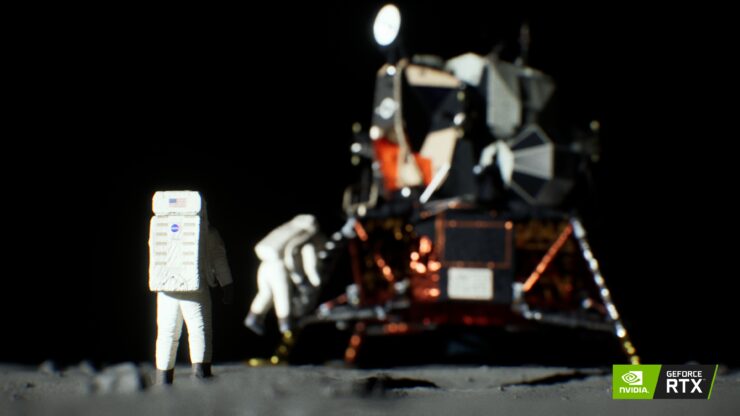 To update our original demo, NVIDIA engineers rebuilt the scene of the Apollo 11 moon landing in Unreal Engine 4, a game engine developed by Epic Games. They simulated how the sun’s rays, coming from behind the lander, bounced off the moon’s surface and Armstrong’s suit, to cast light on Aldrin as he stepped off the lander.

All of this only heightened the fidelity of our latest demo — and re-confirmed what we’d discovered four years ago. That the illumination of the astronaut in the photo wasn’t caused by something other than the sun — such as studio lights  — but by light doing what light does.