NVIDIA's GeForce RTX 3080 Ti, RTX 3070 Ti, RTX 3060 & RTX 3050 graphics cards have been spotted at EEC which were submitted by MANLI and spotted by Komachi. The four graphics cards are expected to launch in January 2021 with the Ti variants offering improved specifications over the existing non-TI variants and the RTX 3060, 3050 bringing more mainstream budget options to consumers.

All four graphics cards are nothing new and we have seen them in leaks before. Now the listing of these models doesn't necessarily mean that they are confirmed but it looks like MANLI is getting ready for the lineup which launches next year in 2021. 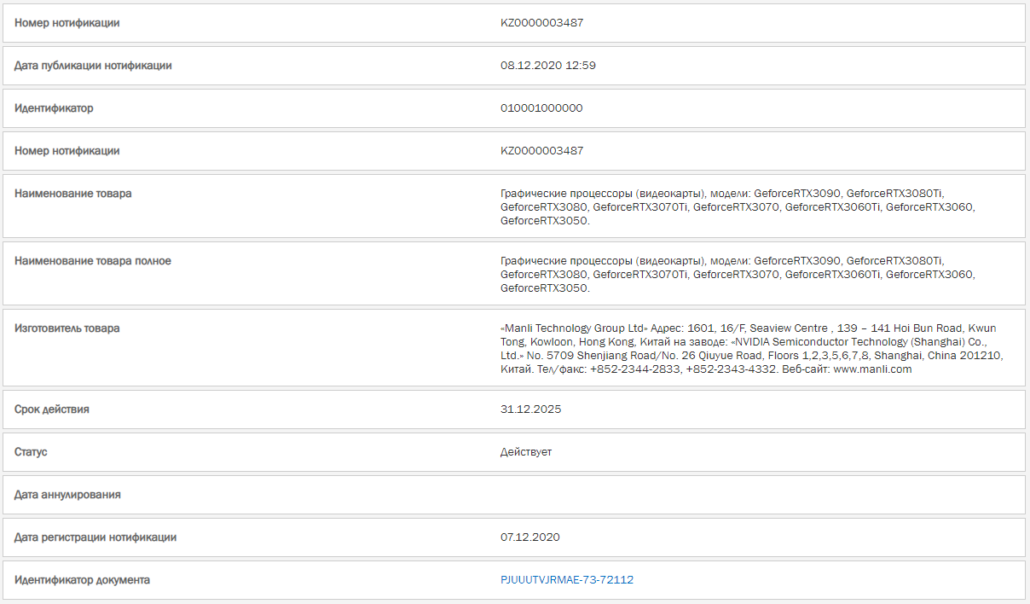 The card will feature a 192-bit bus interface and at 16 Gbps, delivering bandwidth of up to 384 GB/s. The GeForce RTX 3060 could end up being priced at $299 US which will make it a formidable graphics card that offers performance close to the RTX 2080 but with much higher memory capacity.

The GeForce RTX 3050 Ti is surprisingly going to feature a 6 GB GDDR6 memory interface too which is a big upgrade over its 4 GB predecessors. This suggests a 192-bit bus interface and we can also expect similar bandwidth numbers from the card if it ends up utilizing 16 Gbps memory dies. The green team could save some production costs and go for 14 Gbps memory dies here too. As for the pricing, the GeForce RTX 3050 Ti could launch around the $199-$249 US range.

This would mean that the GeForce RTX 3050 will require an external 6-pin connector to boot unlike its predecessor, the GeForce GTX 1650, which conformed to a 75W TGP and didn't require any plug to boot in several custom variants. The GeForce RTX 3050 should feature a 128-bit bus interface & up to 4 GB of GDDR6 memory. We are likely to see speeds of 14 Gbps on the card but that remains to be confirmed. In terms of pricing, the GeForce RTX 3050 is expected to carry a sub-$200 US price of around $149 US. 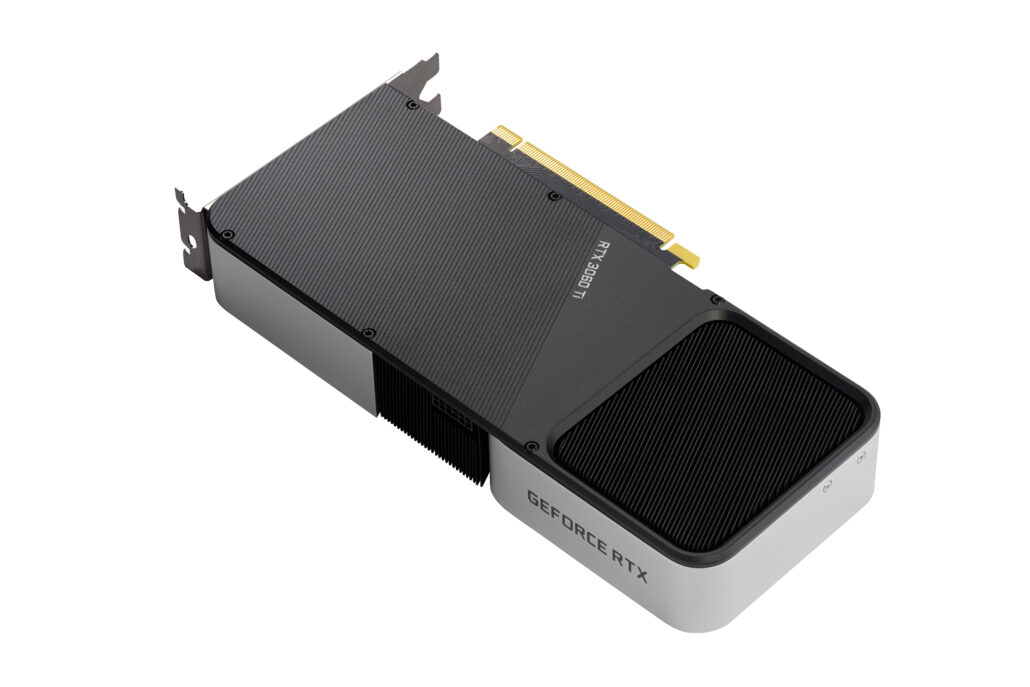 Once again, these are rumored specifications and these might change given how NVIDIA reacts to the upcoming AMD RDNA 2 'Radeon RX 6000' series announcements. The AMD Radeon RX 6700 series graphics cards are planned for a January 2021 launch too and we already know what they are going to look like and the specifications they will offer so it's going to be a heated winter this time in the mainstream graphics card segment.