The NVIDIA GeForce RTX 3060 and RTX 3050 Ti will be replacing the existing RTX 2060 and GTX 1660 Ti/SUPER series graphics cards. Both graphics cards will feature the Ampere GA106 GPUs.  The GA106 GPU is a mid-range chip for mainstream graphics cards and we expect to see several configurations for this chip for each specific discrete product it's featured within.

NVIDIA has already released its GeForce GTX 1060 with 5 GB memory capacity across a 160-bit bus interface and we have also seen them test out a 5 GB variant of the RTX 2060 before. It will be very interesting to see how the final specs of both cards, especially the RTX 3050 Ti pan out. Also a first for the RTX lineup, the RTX 3050 Ti would be the first *50 series card to bring ray-tracing to gaming segment. We can also expect a non-Ti variant but that has not been confirmed yet.

The second part of this story is a rather interesting one. Apparently, one retailer in Saudi Arabia has already received stock of the custom NVIDIA GeForce RTX 3060 Ti graphics cards from Gigabyte & put them on sale. The card that is being sold in particular is the Gigabyte GeForce RTX 3060 Ti Eagle which was leaked a few hours ago by Videocardz.

This happens to be a clear embargo breach or lack of embargo from the looks of it. The card is on sale for 3,699 Saudi Riyal while the Eagle OC variant is listed for 3,799 Saudi Riyal as spotted by @Harukaze5719 which equals around $1000 US. This is no way what anyone should be paying for this card which is expected to cost around $399 US. It looks like the retailer is clearly trying to earn an extra dime by selling an unreleased product. 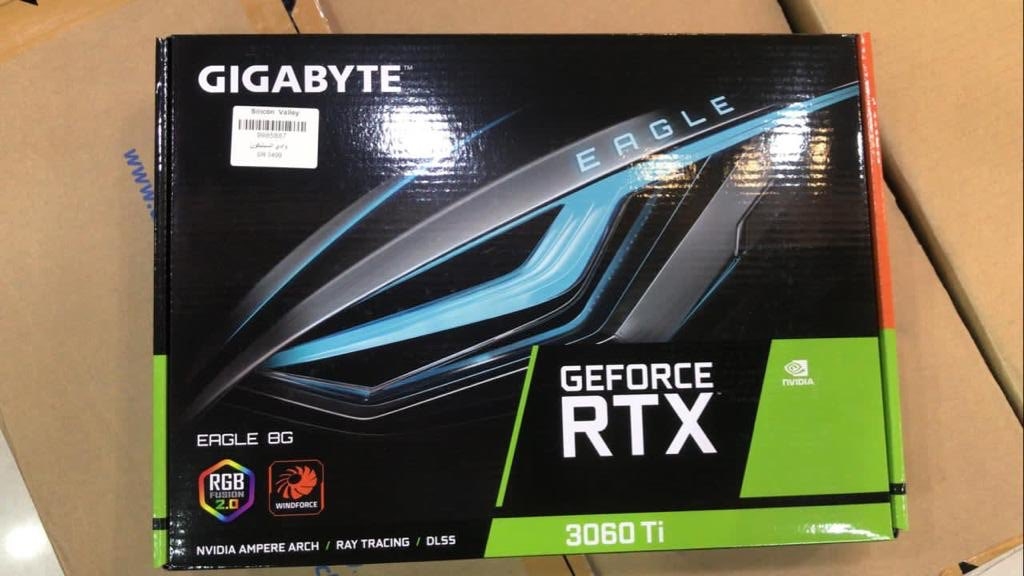 We have confirmed with our sources that the NVIDIA RTX 3060 Ti card has indeed been pushed back from its original launch in November. The card is expected to launch on 2nd December & will feature a price of around $399 US with custom variants featuring a slight premium.