The latest details come from none other than Kopite7kimi who has been spot on with the majority of his leaks in the past and has now tweeted out two brand new GA102 GPU based graphics cards that NVIDIA is working on to tackle AMD's Radeon RX 6800 series cards which most likely pose an imminent threat to NVIDIA's recently released GeForce RTX 3080 and the upcoming GeForce RTX 3070 based on the recent performance leaks.

The NVIDIA GeForce RTX 3080 Ti and GeForce RTX 3070 Ti are the expected names for the new line of graphics cards and its also isn't the first time we have heard about these names. The RTX 3080 Ti and the RTX 3070 Ti have long been rumored and was actually in the plans at one point before the green team decided to move things up to the RTX 3090. The RTX 3080 Ti and RTX 3070 Ti were also going to feature much different specifications before but it looks like things have changed and both graphics cards will feature the GA102 GPU. Following are the specifications that we can expect from the new graphics cards (if they make it to market and not get cancelled like their previous entrants):

That's a 15% core count increase over the RTX 3080 and just 5% less cores than the RTX 3090. We have already seen that the GeForce RTX 3090 is only able to show greater than 10-15% gains in a handful of titles which are able to utilize its insane core architecture. If that's the case with the RTX 3080 Ti, then it should end up around 5-10% faster than the RTX 3080 which isn't a huge gain over the existing graphics card but should be enough to outperform the Radeon RX 6800 XT or Radeon RX 6900 XT.

The graphics card is also said to feature a 384-bit bus interface and will come with GDDR6X VRAM. Since there's a 384-bit bus, we are most likely looking at either 12 GB of 24 GB of capacity. The 24 GB VRAM should be slightly unlikely since NVIDIA would want to tune this card at more enthusiasts than the RTX 3090. One of the reasons that the RTX 3090 costs $1499 US is due to its VRAM since it makes use of 12 additional GDDR6X memory chips on the backside to make up the 24 GB VRAM. A 12 GB RTX 3080 Ti should cut down the costs a lot and should be available in better quantities than the RTX 3090 at around $899-$999 US. 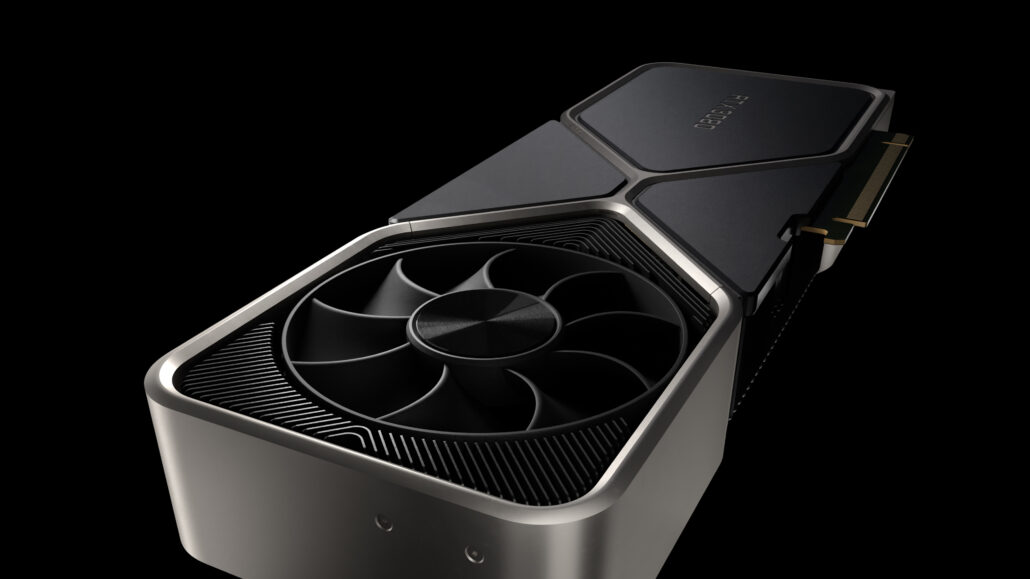 Once again, these cards and the GPUs they are derived from are mostly in testing phase right now at NVIDIA. It all depends on the AMD Radeon RX 6000 series graphics cards, how well they perform and how well they are priced against the competition, for NVIDIA to give these a proper greenlight to be produced for the mass market. If the RDNA 2 lineup fails to meet NVIDIA's internal estimates, then there's a chance that these cards would also get cancelled in favor of something new for later.