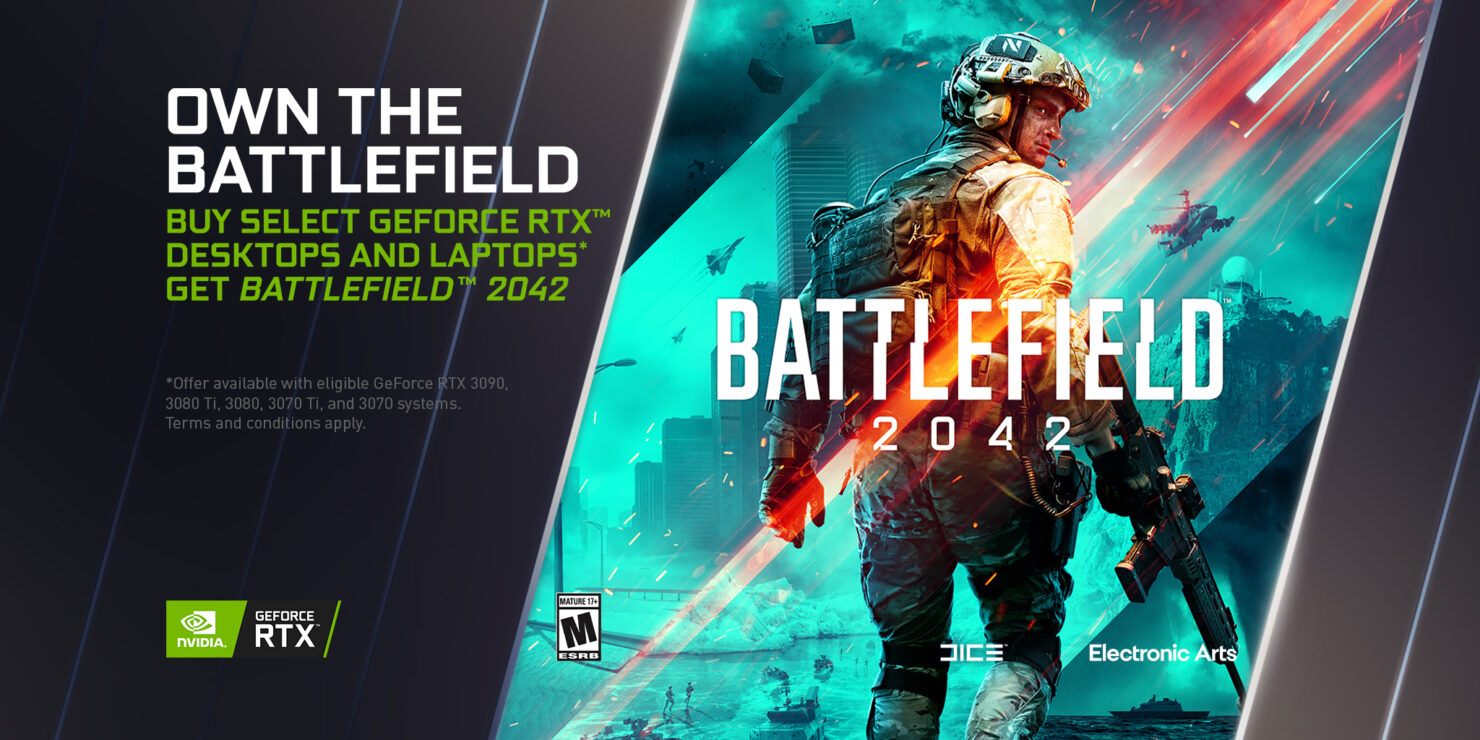 Update: NVIDIA has confirmed its latest GeForce RTX 30 Game bundle which would include a copy of Battlefield 2042 for free.

Original Article: NVIDIA plans to offer a "standard edition of Battlefield 2042" with the availability to play during their open beta period. Other AIBs will also announce that they are participating with Electronic Arts and the Battlefield 2042 game over the next several hours.

To add the Battlefield 2042 GeForce RTX bundle to your arsenal, head to one of our participating retailers, and simply select an eligible desktop PC or laptop powered by a GeForce RTX 3090, 3080 Ti, 3080, 3070 Ti, or 3070. Once your new system is in grasp, you’ll receive digital codes gifting you Battlefield 2042 and aforementioned goodies. 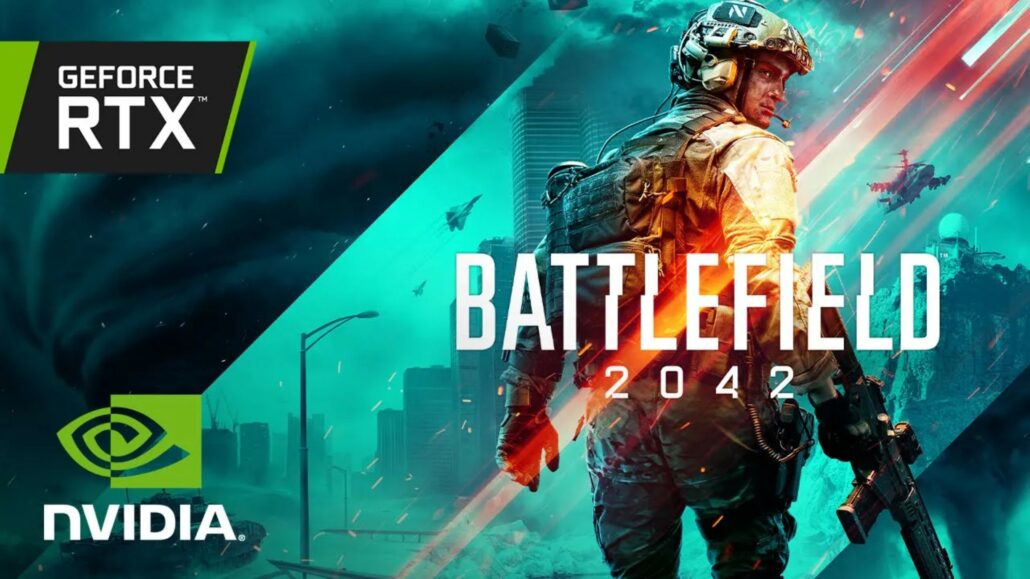 The bundle issues the player in-game content as well. Players will get in-game content such as the Baku ACB-90 tactical blade, Landfall player card background, the Old Guard tag, and the "Mr. Chompy" weapon charm—a weapon charm that is a camo-light green colored T-Rex that will dangle off of the weapons. 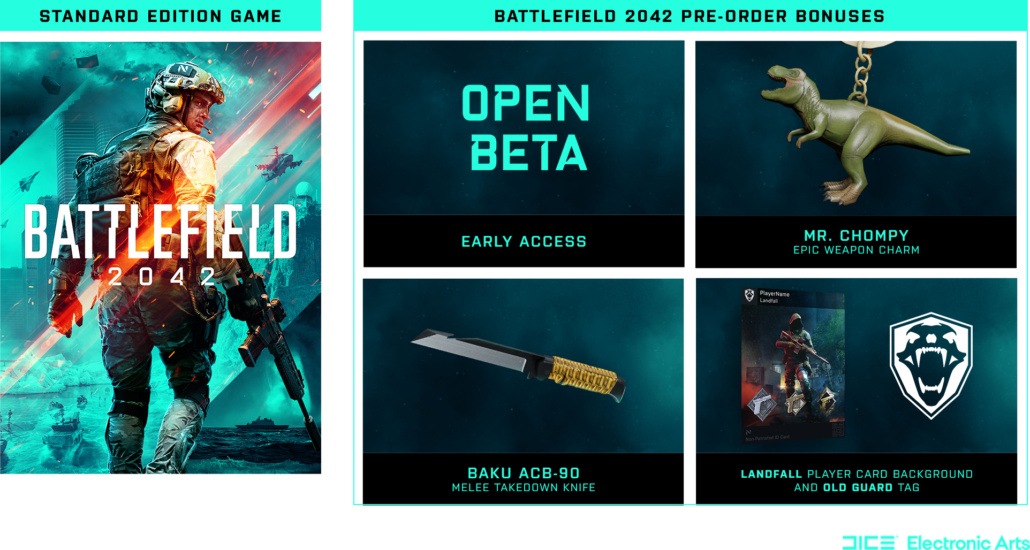 Battlefield 2042 will support NVIDIA Reflex and NVIDIA DLSS technology that is synonymous with the NVIDIA name. The game is set to release fully on October 22, 2021, on Xbox One, Xbox Series X|S, PlayStation 4, PlayStation 5, as well as on PC on Steam, Origin, and Epic Games e-stores.

Battlefield 2042 brings players back to the popular Battlefield franchise, pitting players into a first-person shooter that takes place in the near future on Earth against other mercenaries fighting for global supremacy. It is stated to double the player count in-game to 128 players and will feature "specialists" donning unique gadgets to each one. Gaming sites state that the changes made to the game are significant to make Battlefield 2042 stand out from their previous Battlefield titles, going as for back as it's origin in 2002.