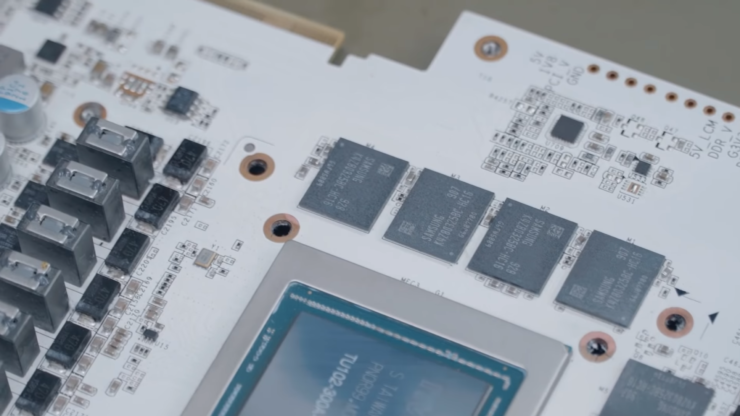 Here's How To Turn Your NVIDIA GeForce RTX 2080 Ti Into An RTX 2080 Ti SUPER - It's Both SUPER Risky and SUPER Expensive!

The overclockers team at TecLAB includes some legendary personalities such as Ronaldo Buassali from Brazil who also head's GALAX's operations in Latin America. The overclockers team had one simple task, take one NVIDIA GeForce RTX 2080 Ti and turn it into an RTX 2080 TI SUPER by putting faster GDDR6 memory. This was decided because one of the key changes that many SUPER RTX & SUPER GTX cards made was to replace their memory with faster GDDR6 dies. Theoretically, NVIDIA would also most likely feature faster GDDR6 memory dies on the RTX 2080 Ti SUPER variant since the non-SUPER variant comes with 14 Gbps dies while the RTX 2080 SUPER now carries 15.5 Gbps dies.

There are other changes to be expected on the GeForce RTX 2080 Ti SUPER but those are all rumor for now as is the card itself. I am hopeful that NVIDIA would release the RTX 2080 Ti SUPER in early 2020 but till then, we have to stick with our good friend, the RTX 2080 Ti. Nevertheless, the TecLAB team figured out to turn the RTX 2080 Ti into a RTX 2080 Ti SUPER, they had to use faster memory dies and since they can't just go ask Micron, Samsung or SK Hynix for 16 Gbps dies, they took out 2 GALAX GeForce RTX 2080 SUPER graphics cards (one EX OC and one WTF variant), pre-heat the dies so they can come off of their BGA packages one by one and then remove them from the PCB.

Two NVIDIA RTX 2080 SUPER graphics cards were killed off during this procedure since the RTX 2080 series cards feature 8 memory dies and a total of 11 are needed for the RTX 2080 Ti SUPER. That's a total of $2000 US just for the two RTX 2080 SUPER cards from GALAX. These HC16 dies were then reballed by removing all the impure alloy, cleaning them up and reballing them on the RTX 2080 Ti HOF PCB. Do note that this process is super risky & should be done by a hardware specialist. The memory dies from the RTX 2080 Ti were also removed to make room for the new 16 Gbps dies. After the process is complete, each die is then soldered on to the GeForce RTX 2080 Ti PCB, replacing its older 14 Gbps dies with the faster 16 Gbps dies.

The overclockers successfully booted what they now call the GeForce RTX 2080 Ti SUPER with 16 Gbps dies. The memory was still locked on to 14 Gbps on the initial startup due to the RTX 2080 Ti BIOS but they eventually managed to hit clock speeds of 2250 MHz vs 1750 MHz, delivering a clock speed of 17.2 Gbps effective versus the reference RTX 2080 Ti's 14 Gbps. That's almost 757 GB/s of bandwidth on the card versus the reference bandwidth of 616 Gb/s. At the end of the day, this was really one impressive showcase of skills from the TecLab team, completing a process that is both super risky and super expensive.

You can also see the performance result of the GeForce RTX 2080 Ti SUPER in the 1080p Unigine Superposition Extreme benchmark below which scores over 11K points with the faster memory. 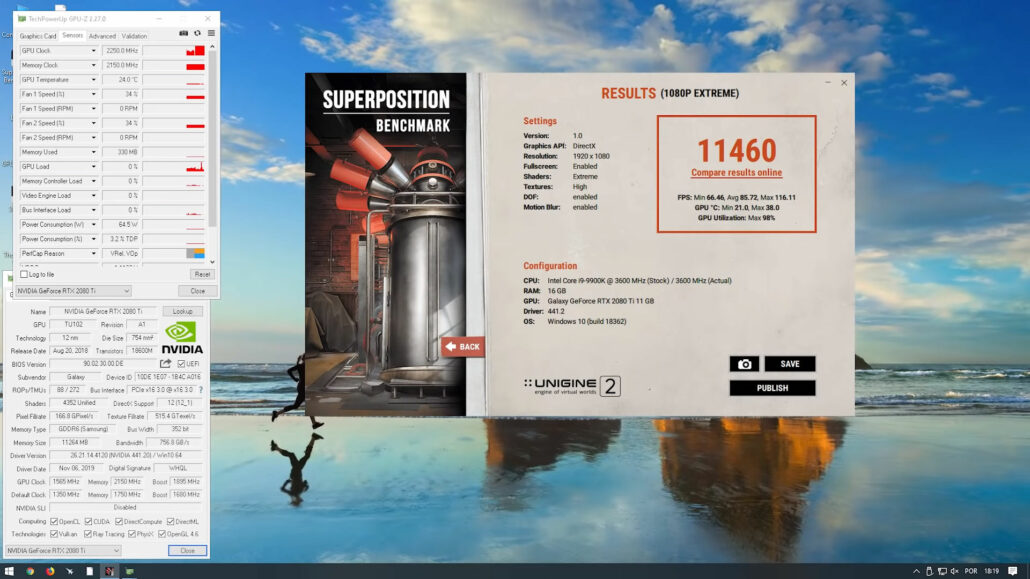 Coming to the memory specifications, the only thing that is rumored is that 16 Gbps GDDR6 dies would be used on the NVIDIA GeForce RTX 2080 Ti SUPER. There's no mention of the memory bus or the memory capacity which will be featured on the card. Regardless, the memory will be the main differentiating factor for both cards. The TITAN RTX features 24 GB of GDDR6 memory clocked at 14 Gbps along a 384-bit bus.

Pricing of the card will be a major consideration for buyers before they go out and buy the new card. I believe that NVIDIA will do what they did with the SUPER lineup. Remove the Founders Edition tax and stick with one MSRP which in the case of the RTX 2080 Ti was $999 US. NVIDIA can afford that since Turing has been in production for over a year now and there's no graphics unit supply constraint affecting the Turing cards at all. As for the launch, NVIDIA could unveil the card at CES 2020 if they want to since their entire 2019 SUPER lineup will have launched by then. Then again, NVIDIA may just do a special game-specific event for their flagship product launch prior to the next-gen lineup which is expected to debut much later in 2020.