NVIDIA has so far released three GeForce RTX SUPER series graphics card but another one could possibly be making its way to the market soon. On AIDA64, a mysterious graphics card under the GeForce RTX branding has been added in the latest BETA release, suggesting that there's another high-end graphics card on the way. 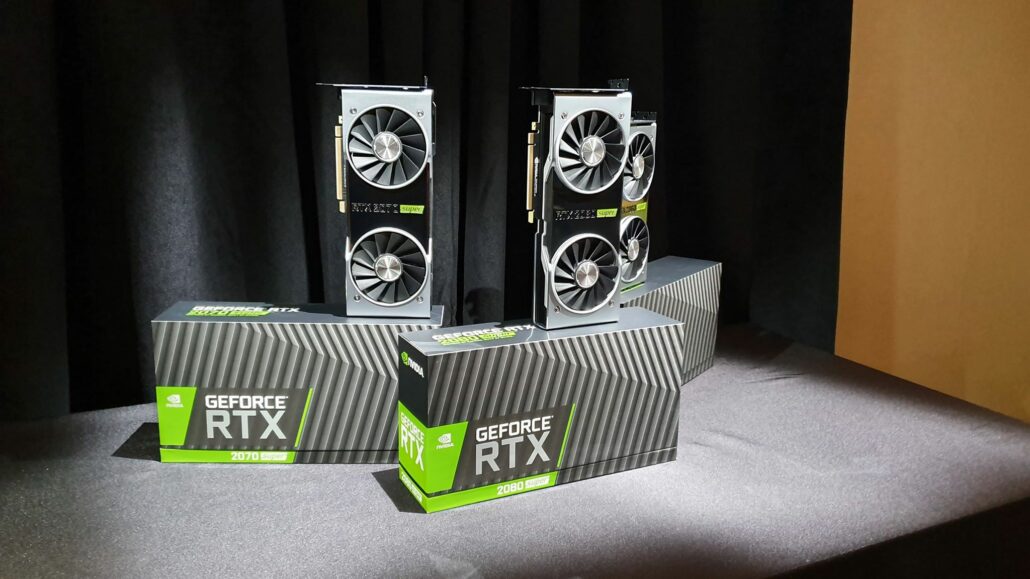 While NVIDIA has released SUPER variants for all of their RTX line (RTX 2060, RTX 2070, RTX 2080), the RTX 2080 Ti is still being kept as the flagship and no SUPER replacement was seen during the RTX SUPER launch. This might change with the appearance of this new graphics card as the third TU102 GPU entrant in the GeForce RTX family may indeed be the RTX 2080 Ti SUPER.

A few things in specs that we can expect from the RTX 2080 TI SUPER could be an unlocked TU102 GPU with the full bus interface and 12 GB of GDDR6 VRAM. We can also expect higher cores and clocks. Another thing would be the use of the full 16 Gbps GDDR6 dies instead of the 15.5 Gbps which were used on the RTX 2080 SUPER.

While the RTX 2080 SUPER does feature 16 Gbps dies, it is down-clocked to 15.5 Gbps for stability reasons. The reason for doing so was that 16 Gbps DRAM requires more stability which is possible only through PCB revisions. Since AIBs don't want to spend that extra manufacturing costs on new PCBs, they opted for using slightly lower speeds. The RTX 2080 Ti SUPER, however, may prompt the same AIBs to go for PCB revisions as it is a flagship product and they could sacrifice some costs to deliver the full 16 Gbps speeds.

In terms of pricing, we can expect the GeForce RTX 2080 Ti SUPER to cost the same as the RTX 2080 Ti at $999 US. We can't say for sure when the card launches but expect to hear more soon. This info also comes a few days after it was reported that AMD will soon be offering their own high-end Navi graphics cards which are internally being referred to as the "NVIDIA Killer", more details on that here.