Another leak about the upcoming NVIDIA RTX 2060 graphics card has sprung from the Twitterverse (via KOMACHI, via VideoCardz) and it reveals the existence of six variants of the RTX 2060. This is something that is very interesting because it shows just how much NVIDIA's strategy for the mid-end has changed in the past couple of years.

The EEC filing was made by Gigabyte, who listed over 40 flavors of the RTX 2060 GPU across six major classes. This includes Aorus, Gigabyte, OC and non-OC variants along with the standard cooler differentiators. The following six major variants were spotted:

That said, it's very much possible that many of these belong to region-specific variants that will be launched only in China and Taiwan. This has happened before in the Kepler and Maxwell series but mostly only in the low end - budget variants. The RTX 2060 is supposed to be the mainstream variant of the Turing series and should be priced relatively affordably. AIBs have already started respecting the MSRP given by NVIDIA for some of their (lower binned) variants and the RTX 2060 is set to eventually become the bread and butter of their lineup as Pascal reaches EOL. 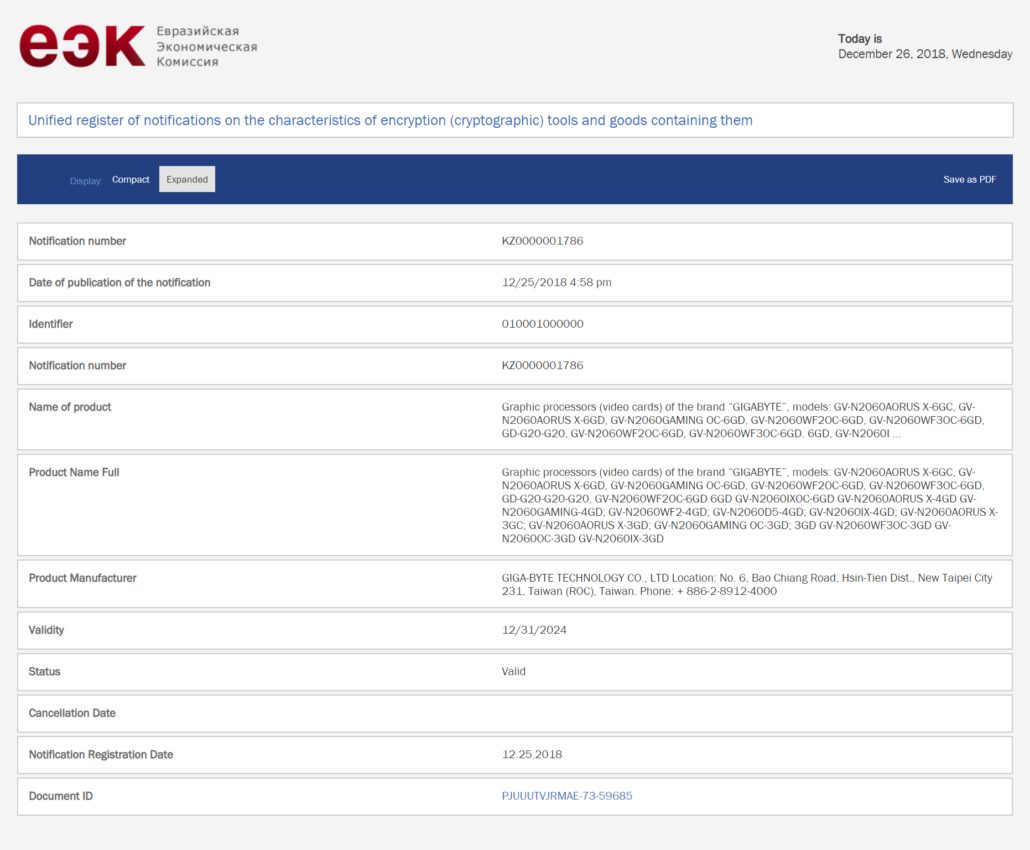 Not much is known about the RTX 2060 by way of confirmed specifications, but word on the grapevine is that the card will be released early next year. Leaks usually start to become frequent before a launch and the cards appearance on EEC lends credence to the fact. Educated guesstimates (read: speculation) put the core count at 1920 CUDA Cores and the memory specifications have been confirmed. NVIDIA will also be launching their RTX mobility series at CES as we revealed a while back.