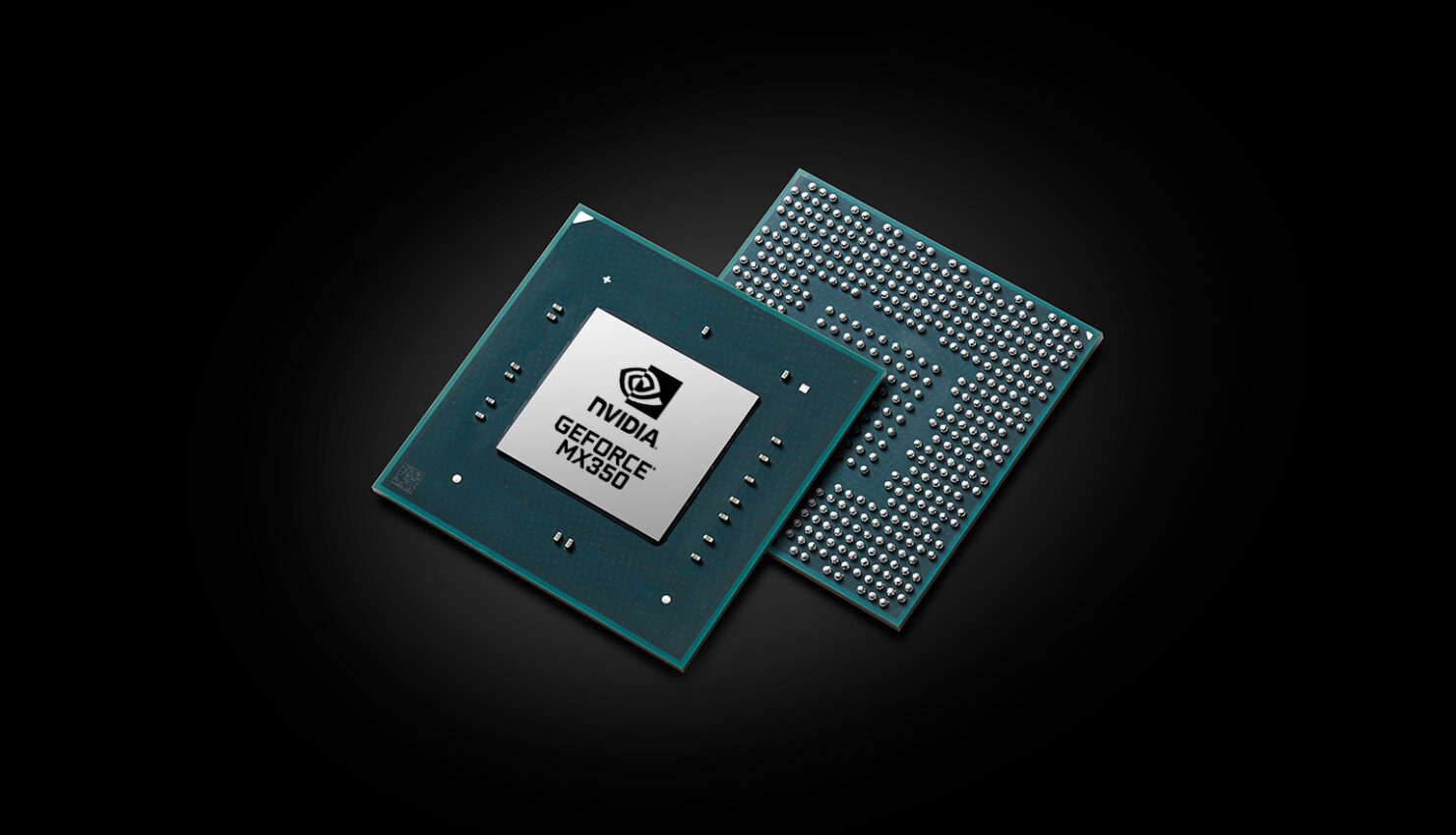 NVIDIA will soon be launching updated entry-level discrete GPUs known as the GeForce MX350 and the GeForce MX330 for notebooks. The mobility GPUs will be the most entry-level chips that will be pitted against integrated graphics solutions from AMD and Intel.

The world of mobility graphics has been moving at an accelerated pace recently. Both Intel & AMD are investing in better graphics architecture for their integrated GPUs which power notebooks and laptops. AMD recently unveiled its Renoir Ryzen 4000 lineup which offers a big leap in GPU power by utilizing 7nm Vega cores while Intel has been doing an outstanding work updating its entire line of mobility processors with the new Xe graphics core which would be featured on Tiger Lake CPUs this year, delivering a 2x performance uplift over existing Ice Lake Gen 11 GPUs.

NVIDIA's discrete GPU lineup on the high-end and mainstream spectrum isn't going to worry much about these integrated GPUs as they offer a performance of a whole different level (while costing more and consuming more power, of course). But at the same time, NVIDIA's entry-level GPUs that are part of the MX series definitely feel threatened but integrated graphics coming close to their performance tier. 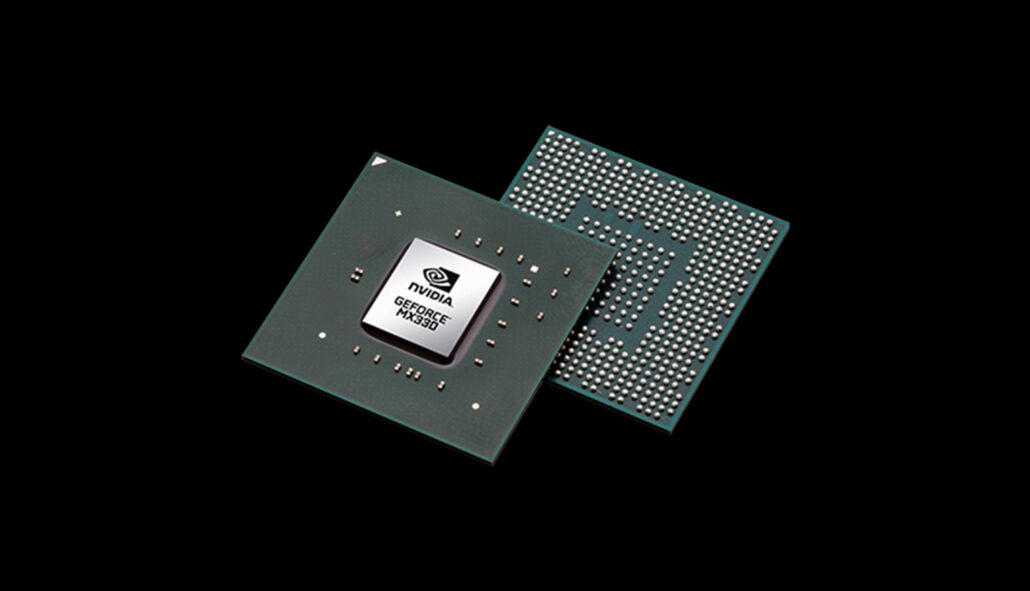 There are a few reasons for that, firstly, at the pace at which integrated graphics are evolving, they would end up being almost as fast as NVIDIA's entry-level mobility GPUs, and that ends up eating up their market share in the entry-level notebook segment. Plus, while there's always the added benefit of having a discrete GPU onboard a laptop since it can offload much of the tasks from an integrated GPU over to itself, the discrete GPUs require additional power input and that would lead to lower battery times, which is a crucial factor on mobility devices. So for many, a laptop with an integrated GPU having similar or even slightly slower performance would be a better option than buying one with a discrete GPU.

According to Zhuanlan (via Videocardz), the performance of the GeForce MX350 was measured in various Synthetic benchmarks. The results show that the GeForce MX 350, as it is, would be at least 40% faster than the Intel Core i7-1065G7 which rocks an Intel Gen 11 GPU. The surprising thing is that the chip can be further overclocked to reach speeds of up to 1.8 GHz on the core and 8 Gbps on the memory, leading to almost 90-95% performance level of the GeForce GTX 1050 mobility which is impressive considering the latter is a 40-50W TDP chip.

The extra overclock would result in more power consumption but it would not be hitting the same numbers as the mobility GTX 1050. The stock chip is almost 35% faster than the Ryzen 7 3750H with 640 cores but with Ryzen 4000 near the horizon, we can see the lead would drop down to 20-25%, depending on the optimizations for Ryzen 4000 GPU.

In one comparison made by our friend _rogame, it is shown that the Ryzen 7 4800U is able to score up to 6121 graphics score in 3DMark 11 performance benchmark which puts it right next to the MX350 with 95% performance level of NVIDIA's discrete level GPU. This is the thing that we have been saying all along that if users will be getting similar performance in an integrated GPU, they won't feel the need to buy a discrete GPU option which would also cost more.

Compared to its predecessor, MX350 is up to 20% faster on average than the MX250. But in most scenarios, the GeForce MX300 series will take a huge hit due to its bandwidth starved design and lower ROP counts which put them in much pressure in graphics demanding workloads. Additional benchmarks have been posted by NotebookCheck which shows that the GeForce MX350 is much faster than the GeForce GTX 960M mobility GPU and blazes past the older MX250.

Rounding it all up, it feels like NVIDIA has definitely felt the heat from all of the situation in the mobility GPU department. While they won't face much competition in the high-end department, they might not retain the same grip on the entry-level or mass majority of the market in a few years unless they start outing more performance efficient chips. It looks like NVIDIA is already planning ahead and has a Turing based GeForce MX successor planned, as per the reports by NotebookCheck.

The information says that a TU117 GPU based GeForce MX400 lineup is being considered and would be positioned against AMD's Renoir Ryzen 4000 and Intel's Tiger Lake Xe GPU powered integrated graphics. 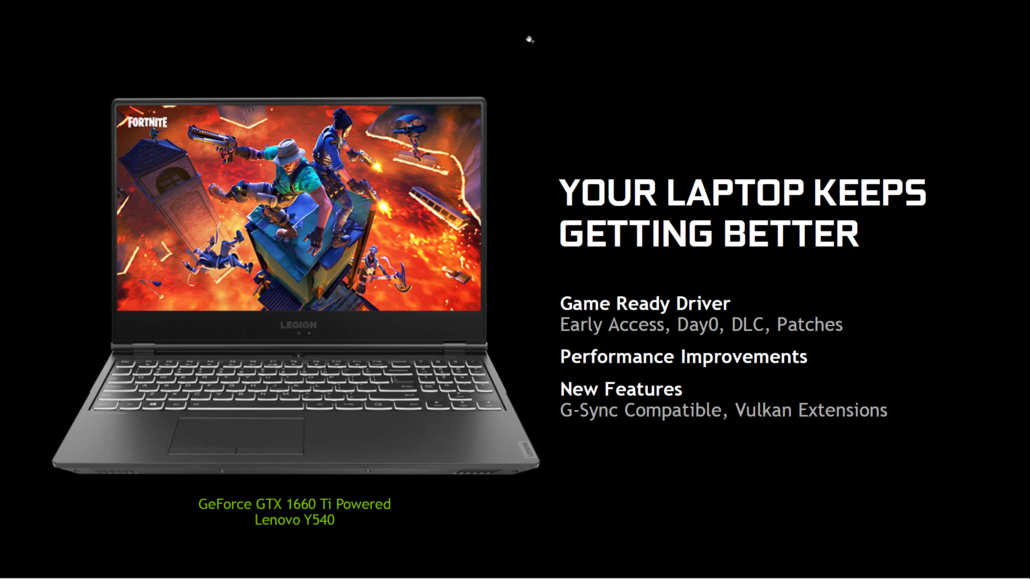 The new lineup would feature several variants and possibly move over the GDDR6, eliminating much of the bandwidth woes that we are looking at today. NVIDIA also plans to introduce PCIe Gen 4.0 support for these discrete GPUs and would offer performance close to a GeForce GTX 1650 in 15W and 25W tiers. The GeForce GTX 1650 itself is likely to get an updated mobility outing soon along with SUPER series RTX standard and Max-Q parts by the second quarter of 2020.

Would you consider a notebook with a discrete GPU when an integrated GPU offers similar or slightly lower performance?
Share Tweet Submit