The GTX 980M as you may recall is the 900 series flagship for mobility platform that was released a few weeks ago. Videocardz.com has now found information on the same, via Sweclockers.com, regarding performance numbers and CUDA core count. The Geforce 900 Mobility series has yet to hit the shelves technically so some element of the original anticipation still remains.

Now the primary leak by sweclockers.com mentions that the mobility GPU has 2048 CUDA Cores, which would be around the same number of SMMs as the GTX 980 (desktop). The full specifications are as follows. Allegedly, the gtx 980m will boast 64 ROPs, 128 TMUs and 2048 CUDA Cores. The Geforce GTX 980M will feature huge amount of memory as is traditional for laptop gpus, infact it will feature 8GB of GDDR5 memory.

Since we are talking about the mobility platform here, you cant expect the GTX 980M to have high clock rates. Even then, it does pretty much fine, with 1038Mhz as the base clock and 1127Mhz as the boost clock. As VCZ mentions, this is about 100Mhz more than the Kepler variants. Interestingly, the memory is going to be clocked at 5Ghz instead of the full 7Ghz. This is apparently an attempt to keep the thermal footprint on the smaller side. 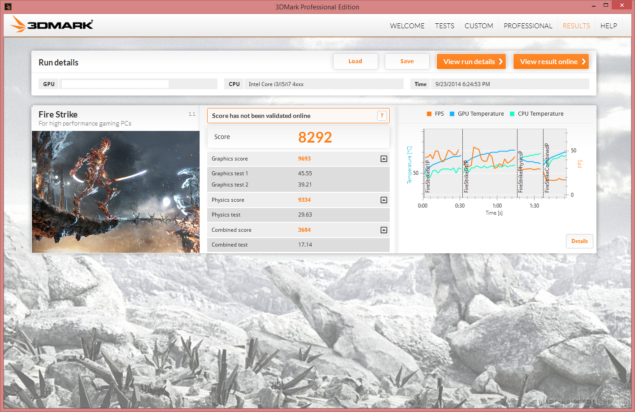 Apparently, NotebookCheck lists the GPU as having 1664 cores. This is a startlingly high discrepancy, something we can't really ignore. Differences in clocks we can usually ignore or account for, but information found at NotebookCheck completely contradicts the above. In my experience, Sweclockers has proved to be more reliable than the database tables kept by famous sites such as NotebookCheck. Now for the actual benchmarks.Nvidia's mobile division has been slowly but surely catching up with its desktop counterparts as the generations and architectures progress. According to a slide by Nvidia, the 980 and 980M are only ~10% apart.