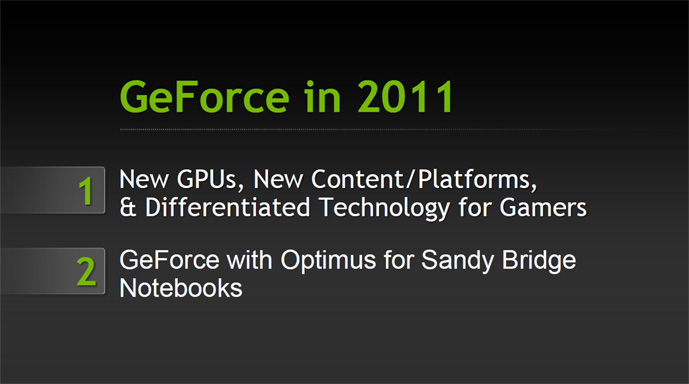 At the recent Financial Analyst Day 2011, Drew Henry who's the General Manager of GeForce Business Unit at Nvidia Talked about the importance of product positioning for desktop and mobile platforms. The key points he said were existing and upcoming games which will provide significant growth in the market. Such games are Batman: Arkham City, Crysis 2, Duke Nukem Forever and Diablo III And talking about the existing Geforce Products he did mention the GTX 580, GTX 560 Ti and their next upcoming Mid-Segment card GTX 550Ti. 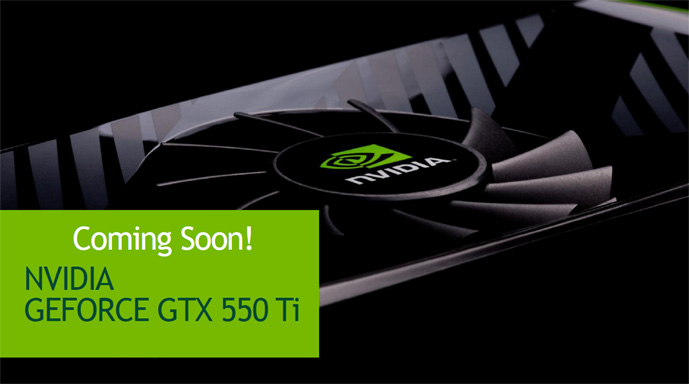 The card is going to be put against the Mid-Segment cards belonging in the market and would be priced around $150. Nvidia only has one competitor in the Mid-Range Segment being the GTS 450 but also the GTX 460 which has witnessed  massive price cuts due to the launch of the Radeon HD 6800 series GPU's. The GTX 550Ti will fill in the gap and performance wise its expected to be as fast as a GTX 460 768mb variant. However final specs of the card have not been confirmed and you'll have to wait till next week for the specs.