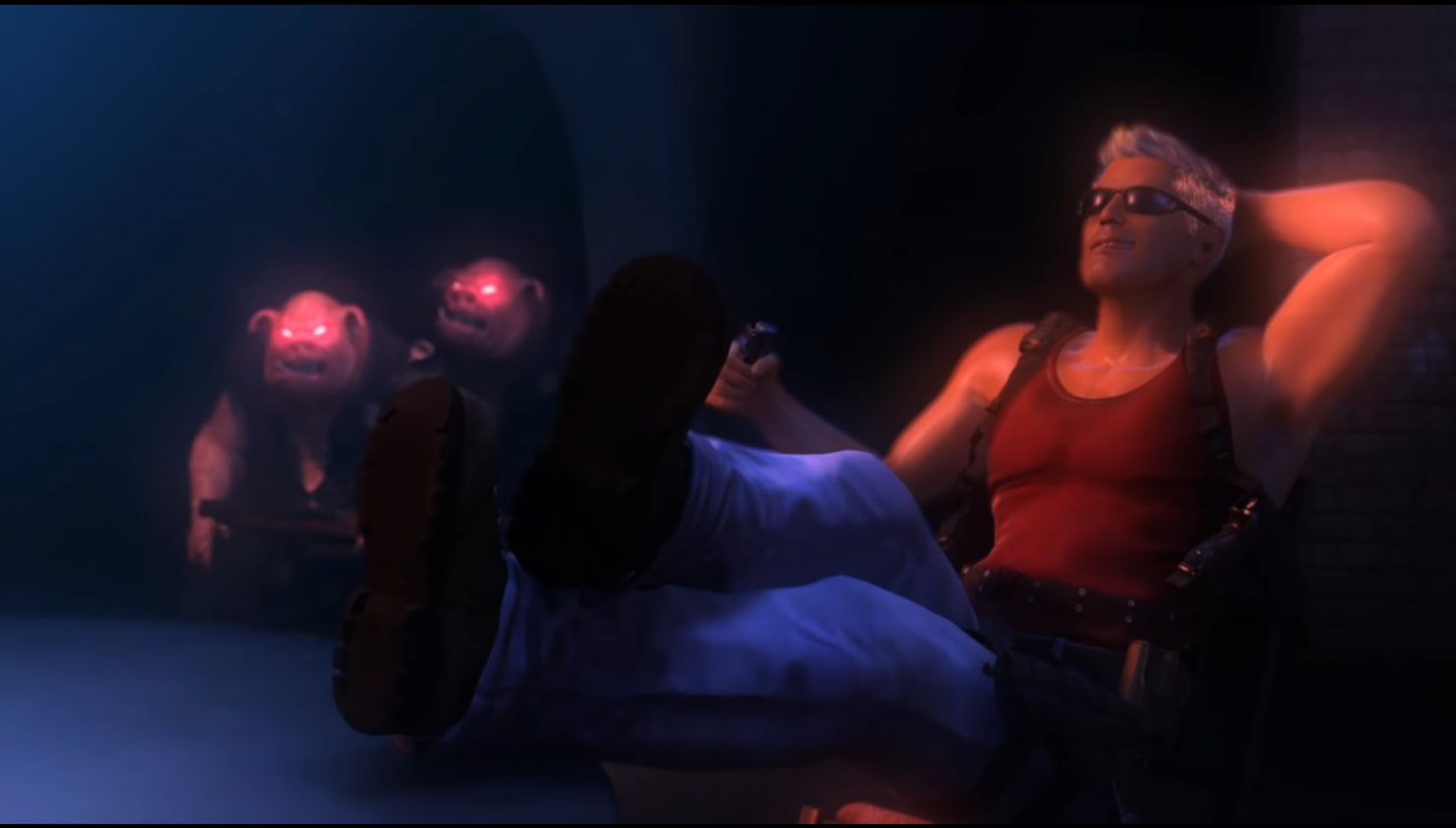 Well, here's a neat surprise for the few remaining Duke Nukem fans out there. Its director posted the intro cinematic for a canceled prequel movie called "Duke Nukem Begins" online. The director, Gregor Punchatz, states that this would be an origin story movie for Duke himself. However, the movie never saw the light of day:

In 2008, when I was working for the good folks at Janimation in Dallas Tx, we were hired by Gearbox to create a vertical slice (an animated version of what the game will look like) for the game "Duke Nukem Begins", a Duke origin story.

I headed up this project, as the director at Janimation, and did a lot of the character development, including the design and modeling of Duke. We poured everything we had into making the most awesome cinematic Janimation had ever created. But unfortunately, we got word the game was canceled due to the legal issues with Duke Nukem at the time.

Some of you might recognize this year as it was one of the final years Duke Nukem Forever was under the hands of 3D Realms. Y'know, right before the game's development ceased again in 2009 before Take-Two fought against them in court over the failure to complete the game's development? Back then, this was the first time we heard about Duke Begins before said game was canceled.

The video in question shows Duke doing what he does best: killing demons with guns. All to the tune of Guerrilla Radio by Rage Against the Machine. The game also seems to have been planned to involve co-op elements as multiple players would join in the action. It ends with a boss fight in which Duke uses a jetpack to close in on his target. You can watch the video below.

Gregor stated that the news of Duke Begins was something that crushed the team that made the cinematic. "This was what we thought could help us compete with bigger players in the game trailer market at the time."

However, it seems like Gregor still wants to see the game being developed in some way. "Because it is still a piece I am damn proud of, I am releasing it 13 years after its creation. The whole team that worked with me deserves to see this released into the wild. I hope this somehow resurrects this version of the game by showing the world how awesome it would have been..."

Obvious cinematic gameplay choices aside, this would've been something cool for Duke Nukem. Yes, switching from FPS to TPS might seem like an odd choice. However, plenty of games can work under this setting, especially cooperatively. But, what do you think? Tell us in the comments.