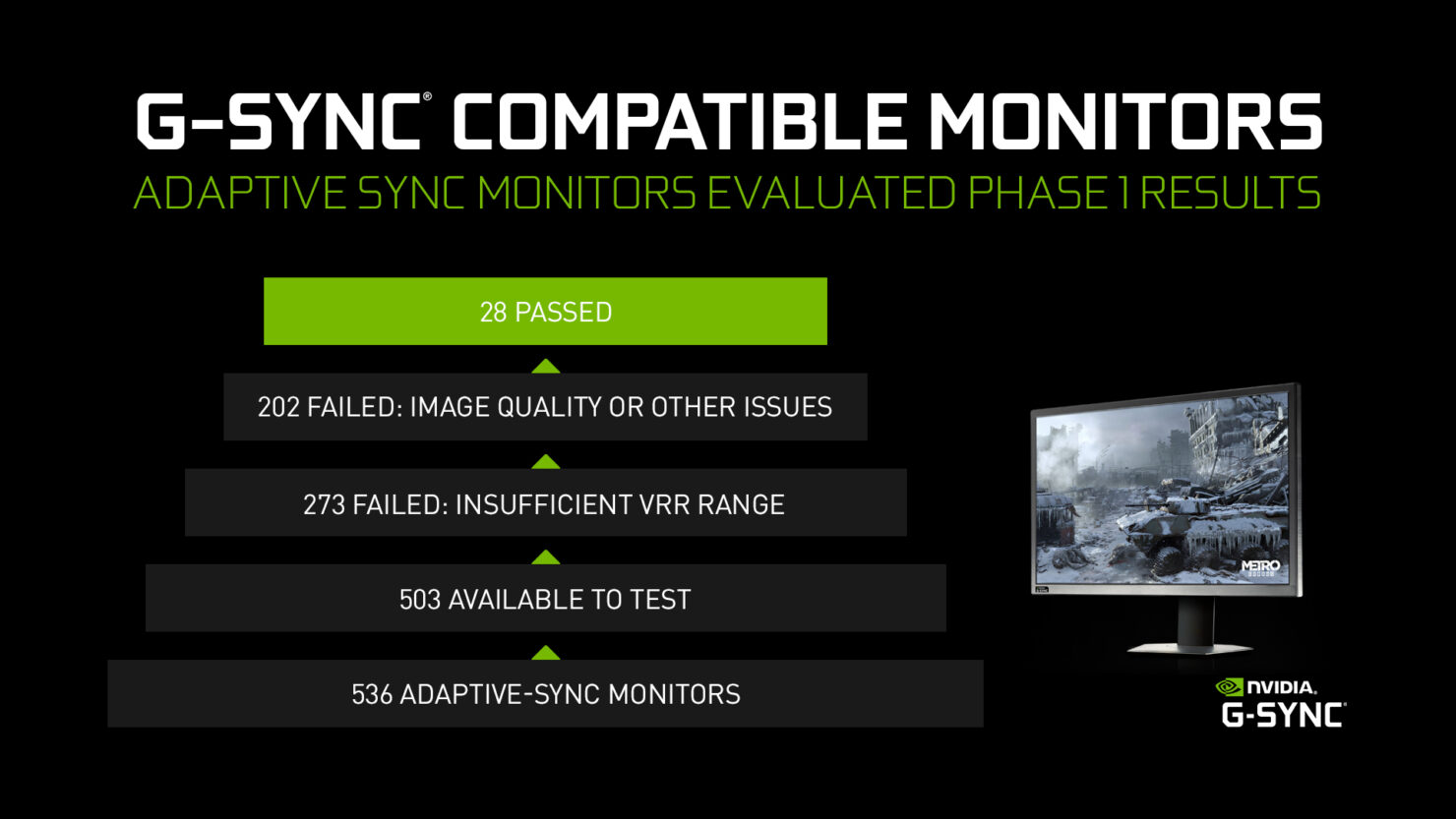 At CES 2019, NVIDIA surprised everyone when it announced the G-SYNC Compatible program to validate those Adaptive Sync monitors that passed the company's rather stringent criteria for G-SYNC.

At Computex 2019, NVIDIA revealed to have concluded 'Phase 1' and shared the results of their testing so far. Out of 503 Adaptive Sync monitors tested, only 5.56% of them (28) have passed validation while all others have failed. The majority of those displays (278 to be exact) didn't pass because they were lacking a Variable Refresh Rate range of 2.4:1, while 202 were denied because of image quality issues such as the dreaded flickering.

There were actually an additional 33 Adaptive Sync monitors on the market at some point, but NVIDIA claimed to have been unable to test them for the G-SYNC Compatible program as they are no longer being manufactured.

Moreover, as outlined in the slide below, most of the Adaptive Sync displays tested either have a limited native resolution (such as 1080p) or they can't go beyond 75Hz of refresh rate. 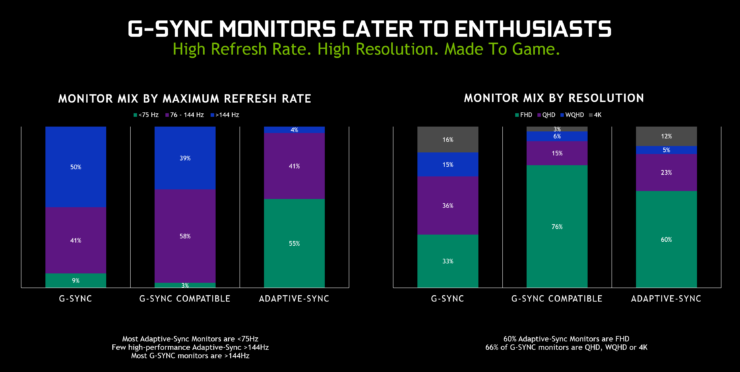 Computex 2019 also saw the debut showcase of the new G-SYNC ULTIMATE Mini-LED monitors. Once again, the first displays with this new technology will come from Asus and Acer. The big improvement over the previous G-SYNC ULTIMATE displays can be found in the amount of LED zones for controllable backlight, due for an increase from 384 to 576. This should ensure better High Dynamic Range (HDR) performance.

Both monitors are expected to be available later this year, though Asus and Acer haven't revealed when exactly, or the respective prices for that matter. Until then, stay tuned. 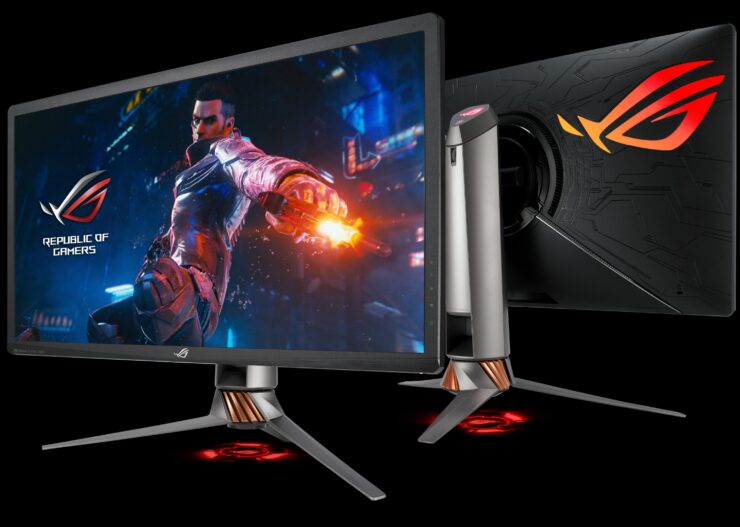 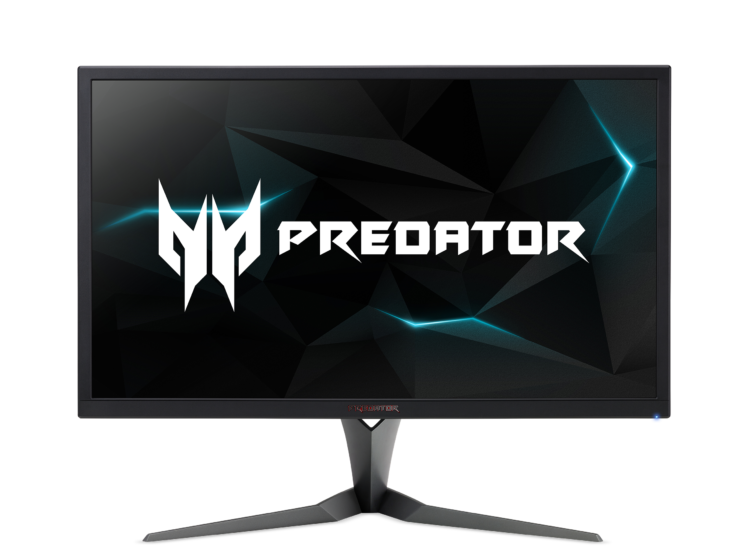