HP has been adding many items to their gaming known as the Omen line. Their newest addition is the Omen X 25 and X 25f. The only difference is the f denotes AMD FreeSync and the X 25 is Nvidia G-Sync. These displays are meant for no compromises as the more frames the better. Omen believes there should be no compromise and that is why they have opted for a 240Hz display.

The main feature of this model is 240Hz  which is meant to allow for the smoothest gameplay possible. It is also great for competitive gamers to perform the best. The monitor has 1ms response time and what they are calling “micro-edge bezels”. These are super thin bezels around the monitor to make the design look ultra sleek. These are the official monitors of the Overwatch League which means they are suitable for competitive gamers, but this was definitely a partnership deal with the Overwatch League. 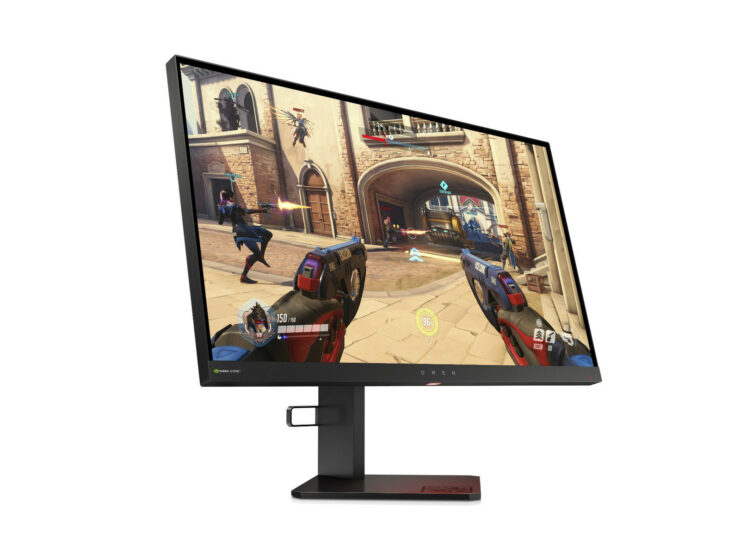 The Omen X 25 and 25f feature adjustable height with a travel distance of 100mm. The X25 ports feature one DisplayPort 1.2, one HDMI 1.4, and two USB 3.0 ports. The X25f features one DisplayPort 1.2, two HDMI 2.0, and two USB 3.0 ports. Here I step in to say, FreeSync works with Nvidia cards and there is no need to pay a premium for G-Sync when FreeSync is equally compatible.