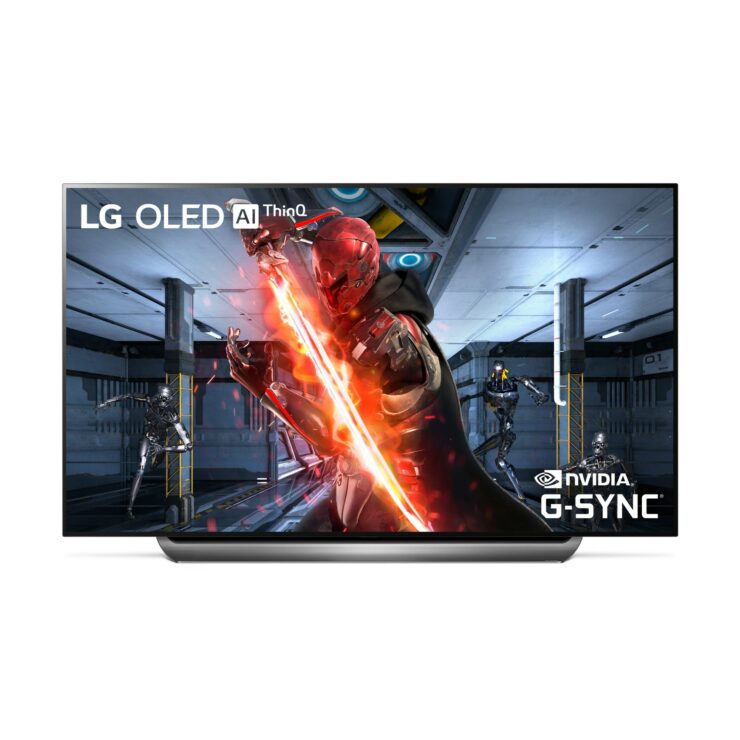 NVIDIA has now published their own blog post, adding a few tidbits of information. The first one is that once the LG OLED TVs get the software update, NVIDIA will also release a Game Ready driver to enable things from their end. Compatible graphics cards include GeForce RTX and GeForce GTX 16-Series.

Furthermore, once the driver has been made available, users who own another kind of display that supports HDMI VRR will be able to try and enable NVIDIA G-SYNC via the control panel, though that won't be guaranteed to work without the validation. Over time, NVIDIA plans to test more HDMI VRR displays for validation.

The news that many LG OLED TV owners have been waiting for dropped this morning in an unexpected, yet pleasant press release.

NVIDIA G-SYNC Compatible validation is coming to this year's excellent LG OLED televisions with a software update due in the coming weeks. Not all models will get it, as the press release only mentions 55/65/77 C9 and 55/65 E9, though it's possible more models may receive the same treatment at a later date.

This is outstanding news for NVIDIA PC gamers as they'll be able to enjoy the peerless picture quality (virtually infinite contrast, extremely accurate color reproduction) of the LG OLED TVs with stutter-free, tear-free gameplay when playing PC games. It's also worth noting that the 2019 LG OLED televisions have also reviewed extremely well when it comes to input lag, making it a great choice for gamers. They also support up to 120Hz refresh rate, even at 4K with HDMI 2.1, though it seems likely this won't be available for PC gaming until NVIDIA releases HDMI 2.1 compliant graphics cards.

It’s no secret LG OLED TVs are coveted by gamers world over and we are committed to optimizing the OLED gaming experience for them. With NVIDIA G-SYNC adoption, we are showing that OLED TVs have the support and backing of the world’s top gaming hardware brand to make their products look their best.

Matt Wuebbling, head of GeForce marketing at NVIDIA, said in a statement:

We are excited to bring G-SYNC Compatible support to LG’s 2019 OLED TVs and HDMI Variable Refresh Rate support to our GeForce RTX 20-Series GPUs. Gamers will be blown away by the responsiveness and the lifelike visuals on these TVs when playing the latest PC games featuring real-time ray-tracing powered by GeForce.

As mentioned by Wuebbling, this means NVIDIA is adding HDMI VRR support to NVIDIA G-SYNC, whereas previously it was only possible to get it via DisplayPort, which isn't really an option for those playing on a television.

It will be interesting to see if NVIDIA intends to allow HDMI VRR on monitors as well as other televisions than the LG OLED TVs. If that happened, NVIDIA G-SYNC would be accessible to virtually any PC gamer regardless of their display setup.