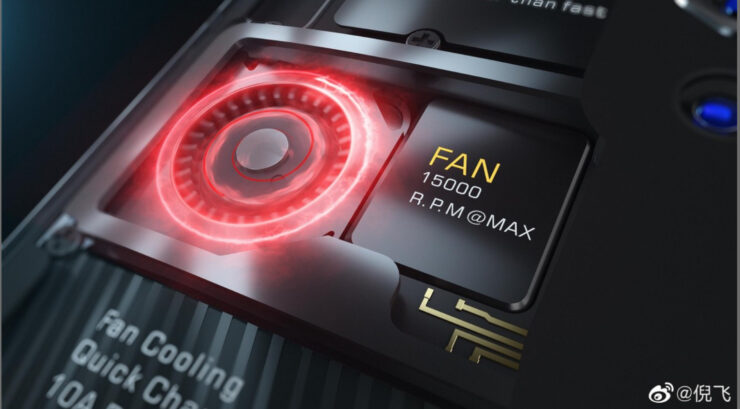 March has been host to a plethora of phone releases, especially from Chinese OEMs. Of those releases, Black Shark unveiled the world's first 5G-ready gaming smartphone in the form of the Black Shark 3. Now, Nubia has released its highly-anticipated Red Magic 5G, and it brings forth some fascinating features.

The Red Magic 5G comes with a 6.65-inch FHD+ AMOLED panel with a refresh rate of 144Hz. The screen also supports DC dimming and offers a 240Hz touch sampling rate. Much like other gaming phones, the Red Magic 5G comes with capacitive shoulder triggers with a 300Hz touch sampling rate. Furthermore, the phone also comes with a dedicated 'gaming' microphone.' There is also a linear motor inside the device for in-game 4D vibrations. Lastly, you can even cast your games onto a larger screen for a more immersive experience.

Before we delve into the phone's specs, let's take a look at some more of the Red Magic 5G's gaming-centric chops. The Red Magic 5G comes with the same cooling fan that fought in the Red Magic 3, which can run up to 15,000rpm. Lastly, there is an RGB-lit Red Magic logo at the back that glows while gaming.

Much like every 2020 flagship release, the Nubia Red Magic 5G comes with a Qualcomm Snapdragon 865 SoC coupled with 8GB, 12GB  or 16GB of RAM coupled with 128GB or 256GB of storage. The phone is powered by a 4,500mAh battery that can be charged at 55W. Nubia has also designed its charger to allow a user to game and charge the battery at the same time. The Nubia Red Magic 5G comes with a triple camera setup that consists of a Sony IMX686 64-megapixel primary sensor assisted by an 8-megapixel ultrawide lens and 2-megapixel ultra-macro sensor. It has a front-facing camera of 8-megapixels.

The Nubia Red Magic 5G comes in four variants. The base version comes with 8GB RAM and 128GB storage, and the maxed-out version comes with 16GB of RAM and 256GB of storage. Prices start at 3,799 Yuan (~$540) for the base version and the maxed-out version for 4,999 Yuan (~$711). These variants can be availed in Cyber Neon, Hacker Black, and Mars Red colors in China. There is even a special edition of the Nubia Red Magic 5G. Dubbed as the Dueterium Transparent Edition, it comes in two choices such as 12GB RAM + 256GB storage and 16GB RAM + 256GB storage that is priced at 4,599 Yuan (~$654) and 5,199 Yuan (~$740) respectively. There is no word about the phone's global release yet, but we should know more about it in the coming weeks.

ZTE’s Nubia Z9 Is Equipped With An Octa-Core 3.5 GHz Processor And 8 GB Of RAM According To TENAA