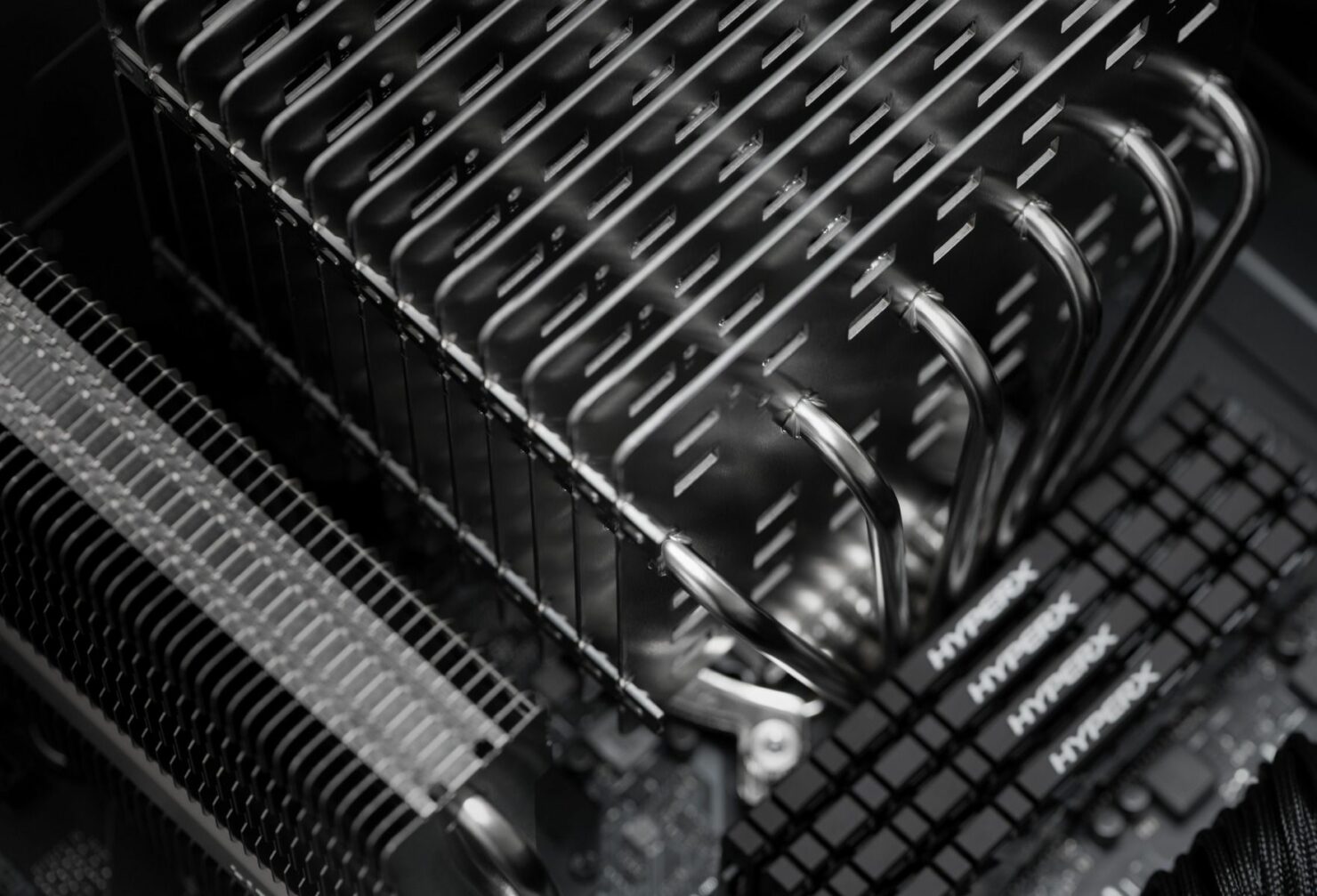 Noctua's insanely massive and the company's first fanless CPU cooler, the NH-P1, is now finally official. The cooler comes with a fully passive design and is compatible with all the latest socket series while offering one of the best passive-cooling performance on high-end CPUs such as AMD Ryzen and Intel 11th Gen.

The NH-P1 was first revealed in the prototype stage during Computex 2019. Talking to Noctua's Jakob Dellinger, we learned that the company was planning to introduce the passive heatsink in the market around Q4 2019 however, a lot of design changes and updates had to be made prior to its release hence the product was pushed back again and again. The world was also hit by a pandemic around the same time which further delayed the latest entrant in Noctua's cooling stack. It is Q2 2021 now and we are finally going to get the product on retail shelves.

It looks like Noctua NH-P1 is ready for launch as indicated in a new listing over at Newegg (that has now been removed). Following are the main features of the heatsink:

As you can tell, the Noctua NH-P1 aims to be the passive cooler to rule them all. Based on the CPUs listed, the heatsink should have a thermal dissipation power of around 300W or even greater. The heatsink comes with six massive heat pipes that run from the base heatsink to the main one on the top. The heatsink has a top-down design and enough clearance room to support longer memory DIMMs.

To push things further, the Noctua NH-P1 can be equipped with the ultra-silent NF-A12x25 LS-PWM fan (120mm) which provides ultra-low and quiet operation. You also get the latest & award-winning NT-H2 thermal paste with the package. Interestingly, Noctua isn't providing a TDP spec for the NH-P1 but instead listing down CPUs that are recommended for use in a fully passive environment. It's stated that the cooler is not suitable for overclocking or CPUs with high heat-loads. The Intel Core i9-9900K is listed on Newegg which has a PL2 rating of 210W. We will be providing the full CPU list once Noctua posts it.

Designed for passive cooling from the ground up

The Noctua NH-P1 Fanless CPU Cooler isn’t just a regular heatsink without a fan: it has been designed for fanless operation from the ground up, featuring much thicker, much more widely spaced fins in order to achieve both the mass and the minimal airflow resistance that is required in order to excel in natural convection cooling.

In fully optimized fanless systems, the Noctua NH-P1 Fanless CPU cooler is capable of cooling high-end CPUs with low to moderate heat dissipation using natural convection only (see setup guidelines and CPU compatibility list). This makes it ideal for powerful builds that have no moving parts and run absolutely silent.

The NH-P1 can be fitted with an extra 120mm fan such as the near inaudible NF-A12x25 LS-PWM in order to increase its maximum dissipation capacity significantly (see setup guidelines and CPU compatibility list): ideal for short spikes of higher heat loads or semi-passive systems that only start their fans when necessary!

Fanless cooling doesn’t only have the advantage of being completely silent: if you’re relying on natural convection only and don’t have case fans pushing air through a case, less dust will accumulate in filters or inside the system. Last but not least, with no moving parts such as fans or pumps that could possibly fail, the NH-P1 is as fail-proof as it can be.

Due to its asymmetric design, the NH-P1 does not overhang the RAM slots on Intel LGA1200, LGA115x, and AMD AM4 based motherboards, which ensures easy access to the modules and 100% compatibility with tall heat-spreaders. On LGA2066, it overhangs the RAM slots on the left-hand side of the socket, so RAM modules should not exceed 45mm in height.

Compatibility with past and future sockets

Thanks to Noctua’s SecuFirm™ ecosystem, the NH-P1 can be made compatible with the older LGA1366 and LGA775 sockets using the optional NM-I3 mounting kit, which is provided free of charge. If technically possible, Noctua will also provide upgrade kits for future sockets, which makes the NH-P1 a safe long-term investment.

In high-end passive cooling, every degree counts. This is why the NH-P1 includes a tube of Noctua’s next-generation NT-H2 thermal compound that provides even better performance than the award-winning NT-H1, allowing you to achieve the best possible passive cooling results.

Soldered interface between heatpipes and fins

With many heatsinks, the fins are press-fitted to the heat pipes. Due to the different thermal expansion coefficients of copper and aluminum, this fit can loosen over years of thermal cycling, which may lead to reduced performance. By contrast, the NH-P1’s fins are soldered to the heat pipes in order to guarantee a superior thermal interface that doesn’t deteriorate even after many years of usage.

Noctua products are renowned for their impeccable quality and outstanding longevity. Like all Noctua CPU coolers, the NH-P1 is built to the highest standards and comes with a full 6-year manufacturer’s warranty.

As for socket compatibility, you can expect Noctua's SecuFrim 2+ mounting system with modern Intel LGA and AMD AM/FM socket support. Noctua has already confirmed that it will also offer an Intel LGA 1700 CPU socket upgrade kit in the future so you can expect that for the NH-P1 fanless CPU cooler too. The pricing of this beast is $109.90 US as per Newegg & Amazon.