No PS4 God of War Downgrade, Principal Artist Says; Solely a Change of Direction of Light and Fog 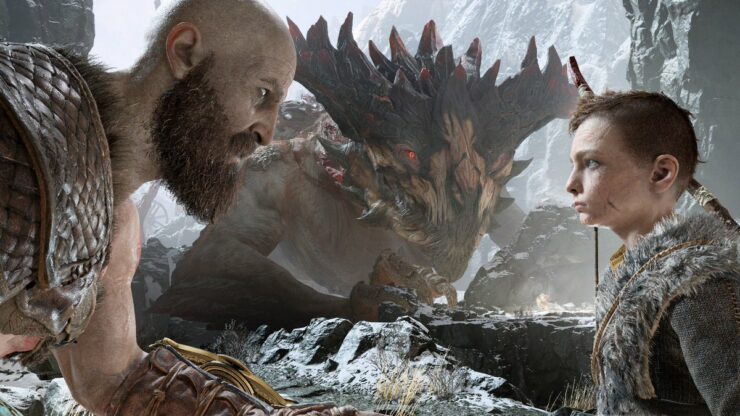 The rumored PlayStation 4 God of War downgrade has been denied by the game’s principal artist, Raf Grassetti.

According to Grassetti, only the direction of light and fog have been changed compared to the E3 trailer from 2016. The artist added that fans will understand once they actually play the game.

“What changed was just the direction of the light and fog, this piece of E3 is in the game but different, you will understand when to play”, Grassetti said on Twitter (roughly translated). “Jormungandr, Kratos and Atreus remain exactly the same as the trailers, are comparing with other scenes and lights.  I'm laughing, watching the comics :).

Some days ago, Grassetti also posted some realtime screenshots from the new story trailer that was released earlier this week. “It was really difficult to put it together at the same time of trying to finish the full 25+ hours game with this quality”, he tweeted. “Props to everyone that helped out during the making of it and for @corybarlog for being a crazy genius!”

Reports about God of War being downgraded surfaced following the above mentioned new story trailer that was released alongside the game’s launch date.

God of War released exclusively for PlayStation 4 on April 20. We’ve included the new trailer and the E3 2016 trailer down below:

God Of War To Release On April 20th for PlayStation 4