[Update] Sony has now confirmed that God Of War will indeed launch on April 20th. A new story trailer has also been released.

New information on pre-orders and special editions has also been shared. 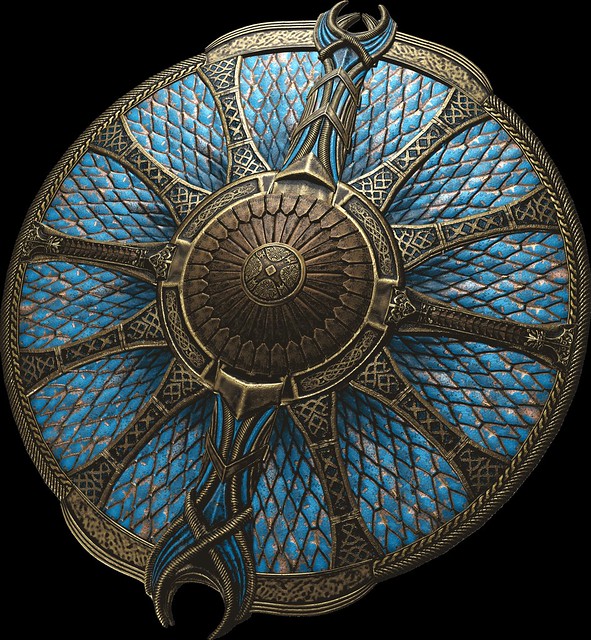 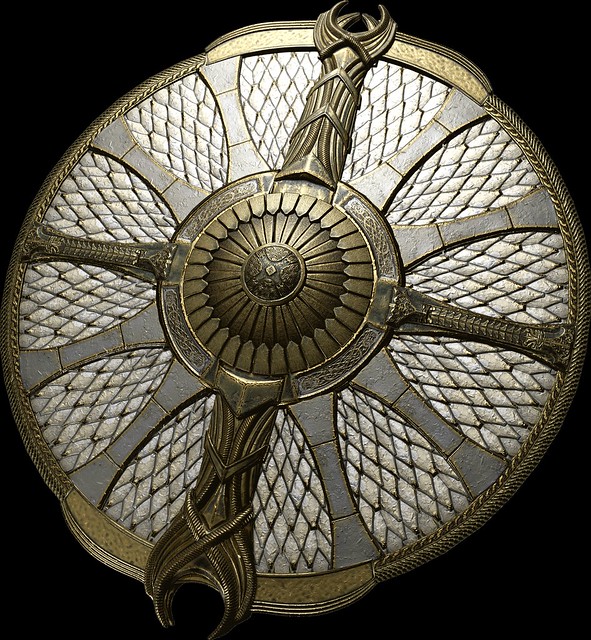 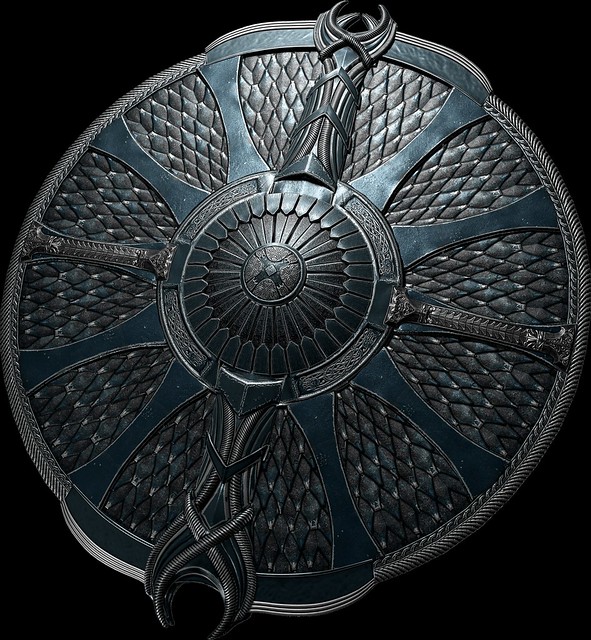 I should first mention, if you pre-order any edition (or already did) at a supporting retailer, you’ll acquire these three legendary shield skins (which you’ll need internet connectivity to access!) for Kratos to bash and defend against all manner of creatures we created in the brutal Norse wilds. 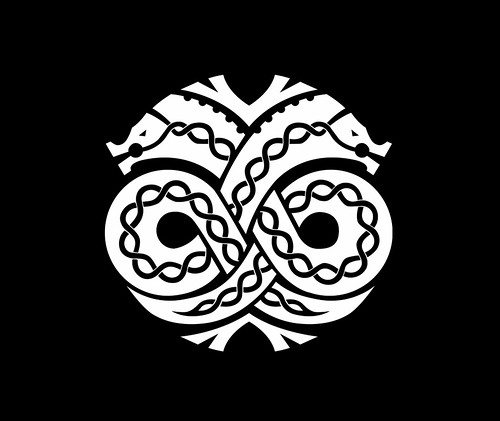 If you pre-order any edition at GameStop or EB Games, you’ll also receive the Luck of Ages XP Talisman which improvers the wearer’s luck, providing: 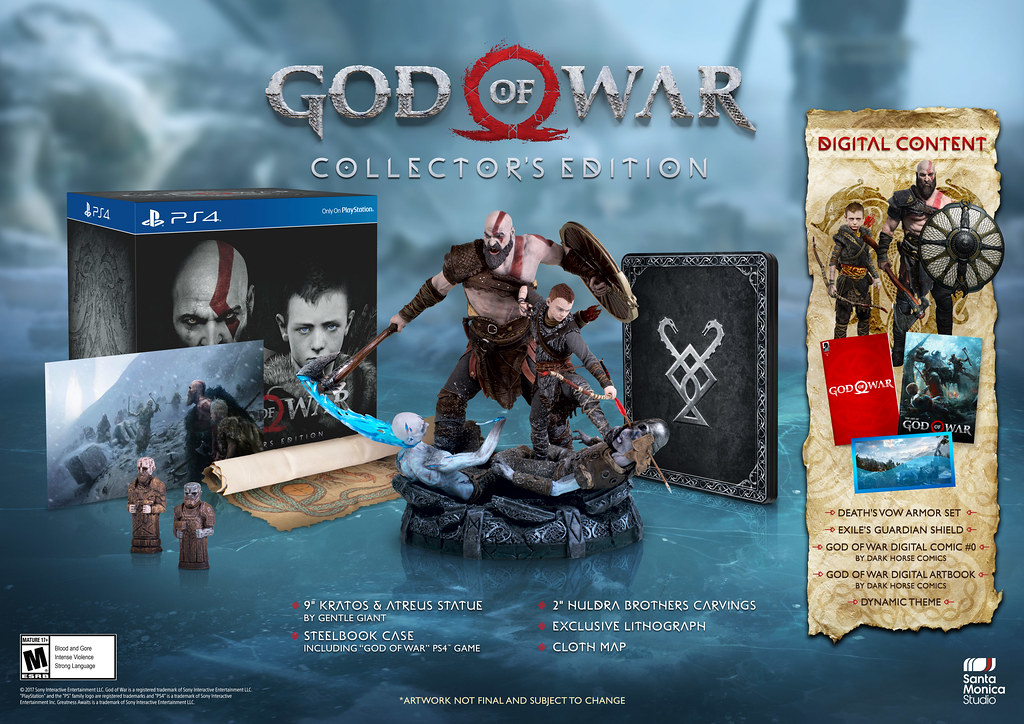 The 9’’ statue was crafted by our team in collaboration with the incredible folks at Gentle Giant. The cloth map is a unique companion to your journey, and an art piece on its own. The Huldra Bros carvings pack as much detail as their personas do in game. Just a few of the highlights, not to mention the digital items as well! 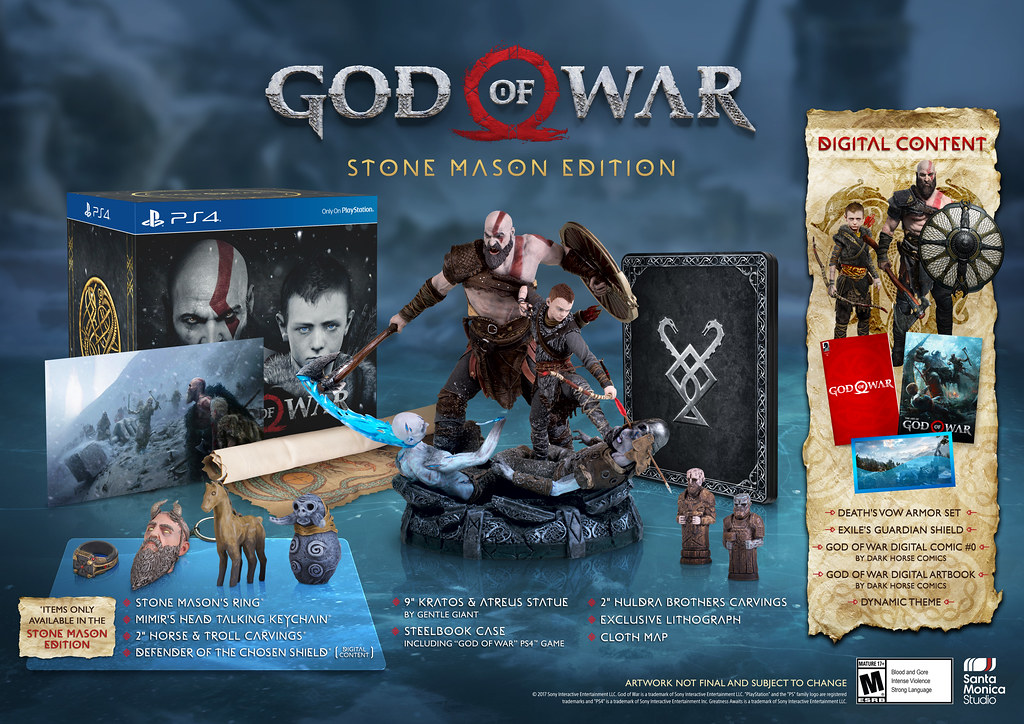 Available in the US and Canada only, this edition includes everything in the Collector’s Edition along with four very distinct, rare items directly from the game. You might recognize Atreus’ wooden Horse and Troll carvings from our E3 2016 debut. They complete the collection with the Huldra Bros, btw. The Stone Mason Ring is a finely crafted piece of jewelry, whose story we won’t spoil. The talking Mimir Head keychain may be your personal favorite after you interact with him in game. Massive credit to Gentle Giant capturing the exquisite detail of these! 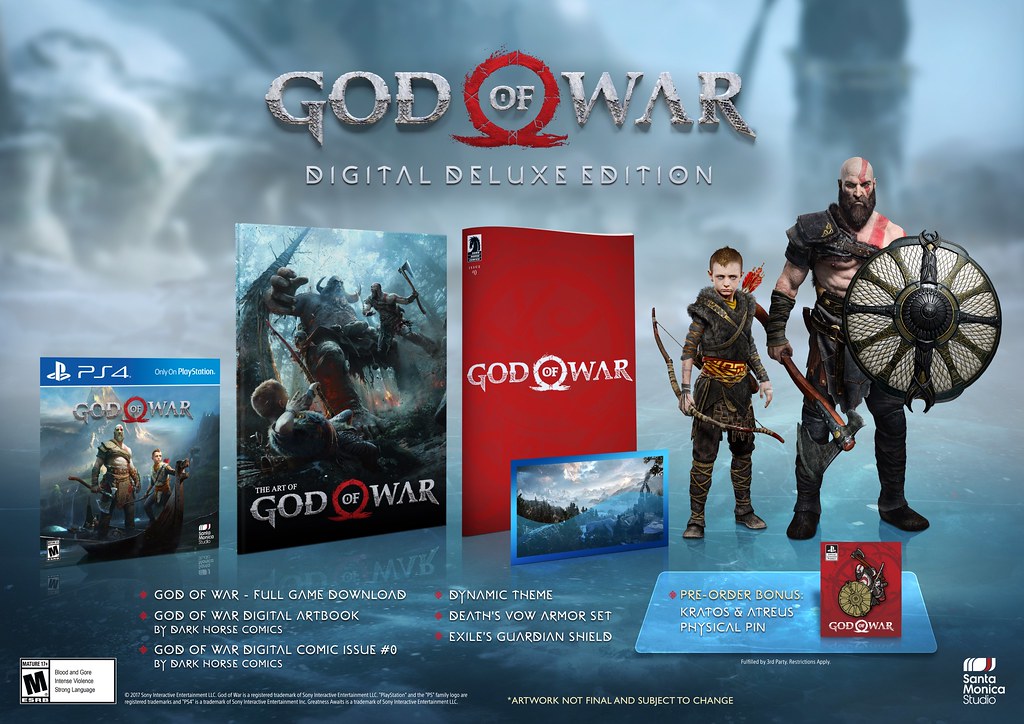 If digital only is king for you, we didn’t forget. Adorn the legendary Death’s Vow Armor Set to increase your strength, and honor the solemn promise that sends Kratos and Atreus on their journey through the Norse wilds of Midgard and beyond. The digital comic book from Dark Horse, Issue #0 starts to unearth the story of Kratos before his quest with Atreus begins. Not to mention both the digital comic and mini art book will come with exclusive creator commentary tracks.

Finally, available to addresses in the US and Canada only, pre-order this Digital Deluxe beauty to get a sweet, exclusive, shiny, limited-run God of War physical pin. 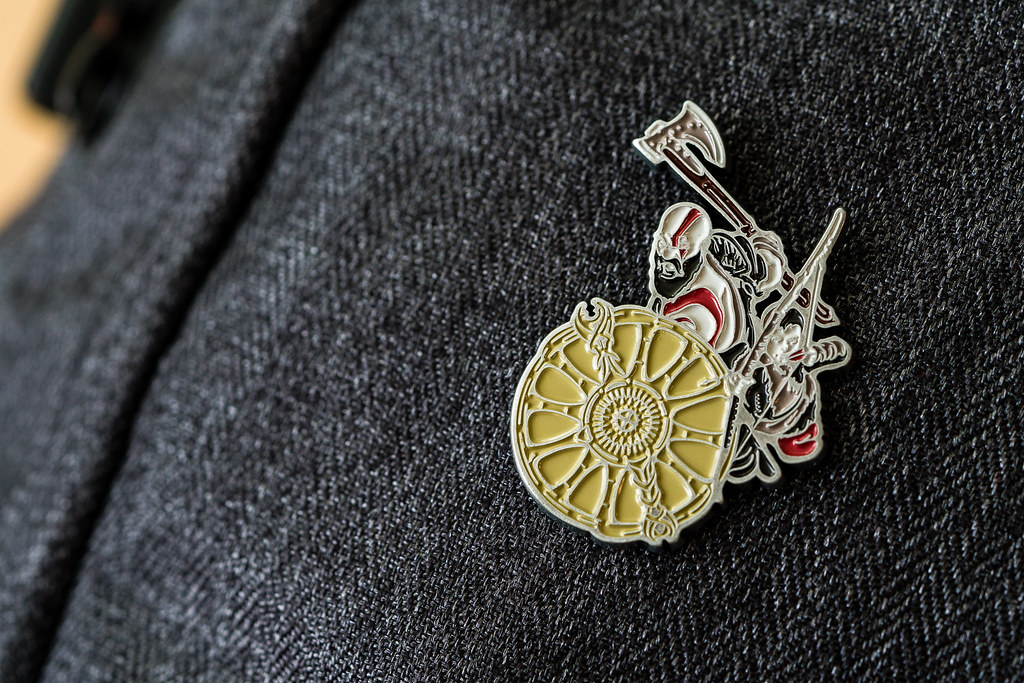 [Original Story] God Of War, the new entry in the series currently in development for PlayStation 4, has yet to receive a final release date, but it seems like it may be released in around three months in all regions.

Earlier today, Amazon started listing the God Of War Collectors Edition with a release date of April 20th. The date is not the typical placeholder date so there's a good chance that it is the right one. As it hasn't been confirmed officially, however, we have to take it with a grain of salt until official word comes in on the matter.

God Of War is setting out to be a very different game than its predecessors, with Kratos now living in the realm of the Norse God and teaching his son to survive in such a harsh world.

His vengeance against the Gods of Olympus years behind him, Kratos now lives as a man in the realm of Norse Gods and monsters. It is in this harsh, unforgiving world that he must fight to survive…And teach his son to do the same. This startling reimagining of God of War deconstructs the core elements that defined the series—satisfying combat breathtaking scale and a powerful narrative—and fuses them anew.

God Of War launches on a yet to be confirmed date on PlayStation 4. We will keep you updated on the release date as soon as possible, so stay tuned for all the latest news.