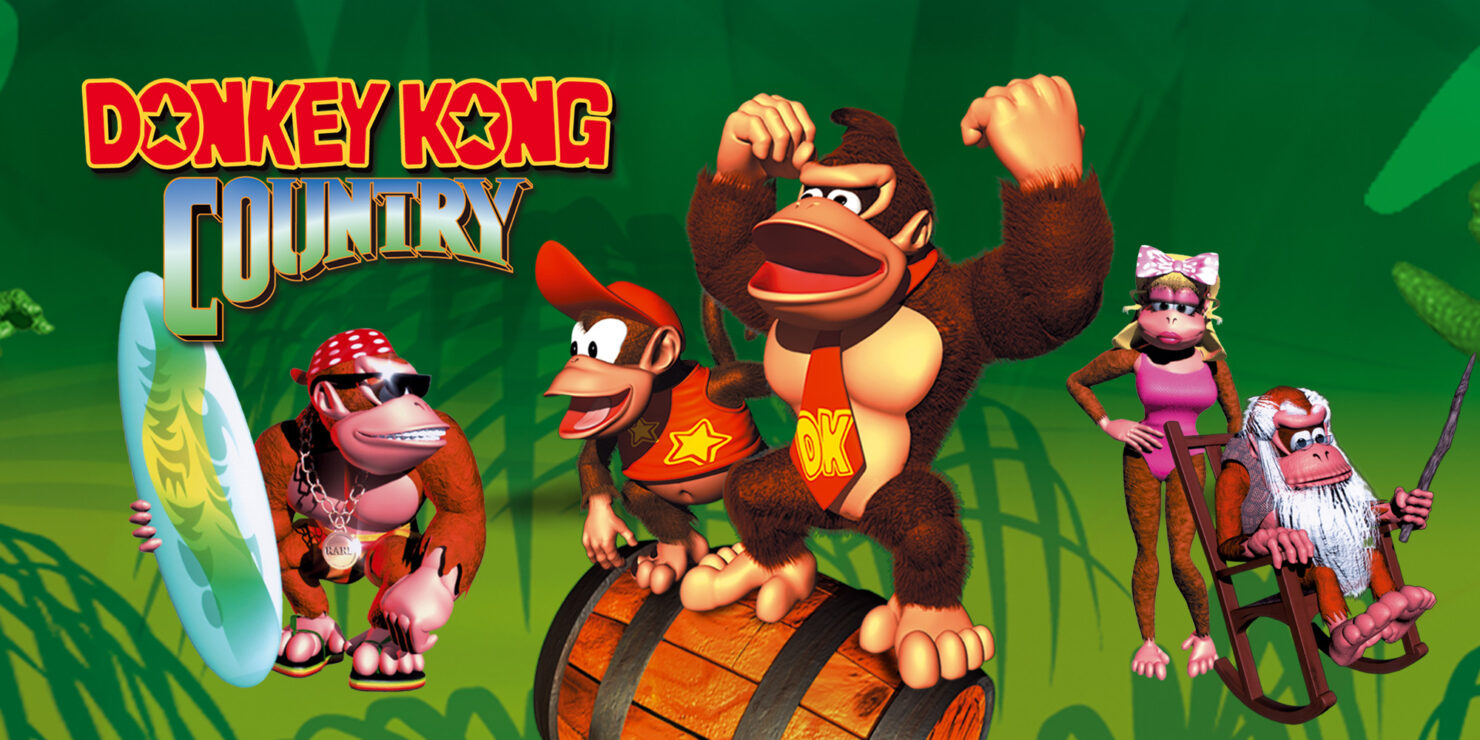 Ever since the service launched back in 2018, fans have been asking for one of Rare’s best title titles ever created, and following a rather dry flow of Switch Online titles, Nintendo has now announced the arrival of the iconic gorilla.

Three more titles will be added to the #NES & #SNES – #NintendoSwitchOnline collection on 7/15, including #DonkeyKong Country!

Being added to the Nintendo Switch Online library next week on July 15th are 1994’s Donkey Kong Country, Natsume Championship Wrestling and EA’s dark-fantasy action-adventure The Immortal for the NES.

Donkey Kong Country – Armed with chest-pounding muscle, mighty barrel rolls, and awesome vine-swinging skills, Donkey Kong and Diddy Kong set out to face their adversaries, K. Rool and his reptilian crew of Kremlings. Play solo, compete with a friend, or play cooperatively in over 100 levels filled with collectibles and hidden bonus levels.

Natsume Championship Wrestling – Choose from 12 outrageous wrestlers and bring the pain! With a robust grappling system and over 50 moves to master, experience the most realistic wrestling action of the 16-bit era! Test your might against the AI, or up to two players can compete in exhibition, tag team, and round robin matches!

The Immortal – Grab your Wizard’s Pack and let your quest unfold as you explore the Labyrinth of Eternity. Delve into the dungeon’s depths to uncover the mysteries of the ancient ruins. Your teacher Mordamir awaits below!

In order to play these titles, users will need to subscribe to the Nintendo Switch Online service. In addition to having access to over 70 classic SNES and NES titles, the service allows users to backup save data to the cloud and play online against or with other players. For those who haven’t tried the service yet – there’s a free 7-day trial available via the Nintendo Switch eShop.