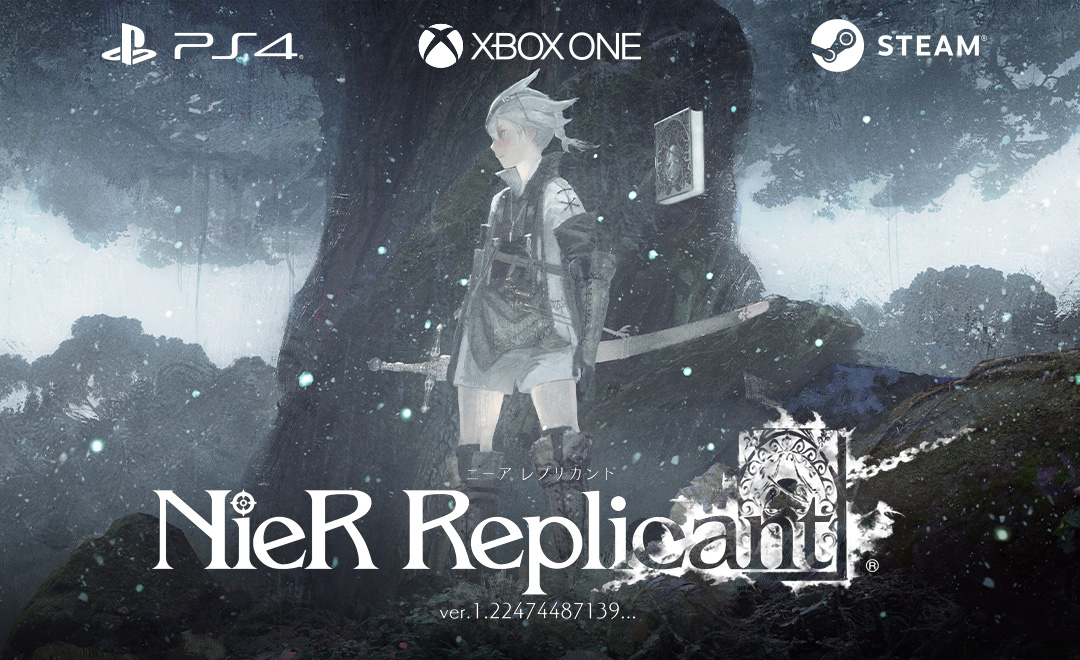 During the series’ 10th-anniversary live stream, Square Enix announced an updated version of NieR Replicant for PC, PlayStation 4 and Xbox One.

According to Square Enix, the game isn’t a remaster or remake of but an updated version instead and will feature newly recorded, fully-voiced voiceovers alongside various new additions and some new characters.

We’ve included the game’s teaser trailer and additional information on Replicant’s voice cast down below:

The game is being developed by Toylogic with NieR: Automata senior game designer, Takahisa Taura, working on the title as well.

A release date for NieR Replicant has yet to be announced. We’ll keep you updated as soon as more info comes in. For now, you can visit the game’s official teaser site.

PS3's NieR Replicant is an alternate version of 2010's NieR for Xbox 360 and PS3 featuring a younger main protagonist. We've included the game description from the original NieR below:

Nothing is as it seems in Square Enix’s latest action adventure game, set in a crumbling world plagued by disease and dark, unrecognizable creatures. Players assume the role of the unyielding protagonist, NIER, resolute in his quest to discover a cure for his daughter, who is infected with the Black Scawl virus. With powerful allies and a mysterious book, NIER encounters things that will confound even the mightiest of warriors. With NIER, experience seamless in-battle cinematics and explore hauntingly familiar lands, intense action-packed battles, and storytelling like only Square Enix can do.