Among the storied developers that have helmed projects for Square-Enix over the years is a mysterious man in an Emil mask by the name of Yoko Taro. For years, his JRPGs achieved cult status but without much recognition from the international press. It wasn't until the release of NieR Automata that Yoko Taro's eccentricities entered the collective and his catalog of previous works became more widely recognized. Millenia before the 14th Machine War and Project YoRHa from Automata, there was simply the tale of a young father (brother) trying to cure his daughter (sister)'s illness. This tale of familial love went by two names depending on the family dynamic but shared the same story threads at large. Now, in celebration of the original title's eleventh anniversary, that tale of brother NieR and sister Yonah has been reworked and released on a new console generation in NieR Replicant ver.1.22474487139....

Cursed with a mysterious affliction that leaves the host marked all over with runes known as the Black Scrawl, the brother (or father in NieR Gestalt's case) wants to do anything to give his sister/daughter a better chance at life. He won't stop at anything to find a potential cure, no matter where it may come. Along the way, this swordsman and devoted family man will cross paths and be partnered up with a swordswoman with a mouth more vicious than her blades, a floating grimoire with a similar way with words, and a young boy cursed with the ability to petrify anything he lays eyes on. The tale itself takes place across a great many years and multiple playthroughs, so steel yourself with a unique tale that requires some dedication to see through until the end.

The combat in the original Cavia-developed NieR Gestalt/Replicant, while serviceable, certainly feels stiff and unintuitive a decade after its release. To offset this, the team at Toylogic has helped to renew the combat to modern standards. Brother NieR's combat flow still consists of weaving light and heavy weapon attacks together with magicks cast from his floating grimoire partner and dodging/parrying/blocking to mitigate incoming attacks. Combos are simple to chain together by alternating between tapping the attack button or holding it for a more powerful attack. Even mid-combat, the player can swap weapons from one-handed swords to two-handed blades and spears (in the second half of the story) with a strange quirk: tapping the d-pad brings up the weapon menu while holding the direction button instead does a quick swap. It's very minor but a mechanic that I definitely would have swapped around the inputs.

NieR Replicant ver.1.22474487139... offers a plethora of new content that wasn't present in the original PlayStation 3 and Xbox 360 releases that have been faithfully been restored from original design documents and the various other media that Yoko Taro has published over the years. During the original release of Gestalt, the town of Seafront didn't offer much to propel the story forward save for a fishing event that was often a source of frustration for players that didn't think to go around to the *other* beach in town. New to NieR Replicant ver.1.22474487139... is a storyline involving a young woman named Louise trapped aboard an abandoned ship that's run aground on Seafront's western beach. This storyline ties into both main chapters of the main character's journey, tying together some loose ends between NPCs that otherwise haven't been given much story focus early on. In the latter half of the adventure, venturing into this abandoned ship is a necessary detour before gathering all of the key fragments to venture forth into the Shadowlord's castle.

Beyond the Mermaid chapter and the obvious perspective change from Yonah's father to brother, much of the main campaign remains identical to the same story players first enjoyed a decade ago. If you aren't familiar with the NieR duology or Yoko Taro's style of direction, it's important to note that simply seeing the story from beginning to end just the one time isn't enough to understand the whole story. Upon besting the Shadowlord and rescuing Yonah, the game fades to credits before rewarding the player with an Ending A stamp in their notebook. As if that weren't an obvious enough clue that there's more to see, resuming that save once again starts players back up in the second half of the story post-timeskip and undergoing the same tasks, albeit with minor changes. As you replay through the story towards a final showdown with the Shadowlord, the most egregious mistake that a player can make is to skip the story cutscenes. Not only do these inform the player with an extended cut but occasionally scenes will pop up to fill in the story from another viewpoint. This is especially important with the Mermaid storyline as this is something brand new to NieR Replicant ver.1.22474487139....

Toylogic has thrown in a few red herrings to tease the player as they replay brother NieR's tale for the second or third time. Upon completing Ending A, players do unlock the option to change the music in NieR Replicant ver.1.22474487139... but not in the ways players might expect. Rather than offering up a toggle between the original soundtrack and remastered tracks, some key music, typically battle tracks, from NieR Automata are slotted in. If you keep a close eye on the ending credits crawl for clues, you might even notice some interesting names such as Kira Buckland in the mix.

Discussing the other key bit of new content in NieR Replicant ver.1.22474487139... is something that I only want to mention in passing to save the true reveals for players picking the title up later this week. After all, it's the possibility of a continuation to the brother's story that will draw longtime fans of the series back into this enhanced remaster of sorts. Unfortunately, to reach the new story content requires playing through enough of NieR Replicant ver.1.22474487139... to unlock Ending D, a  task that is often the last any player will achieve in their playthrough. One of the key requirements to unlocking this ending requires finding every weapon (upgrading them is a different matter). This task of upgrading every weapon, however, requires a herculean amount of grinding and often a spot of luck to discover enough Eagle Eggs or Subdued Bracelets for some of those final upgrades, a task that hasn't been made any easier in NieR Replicant ver.1.22474487139... versus the original release. Thankfully, with the inclusion of the World of Recycled Vessel DLC built into the main game, venturing into the 15 Nightmares provides a good grinding location for the Eagle Eggs and certain other components. During my full review, it easily took another twenty hours after finishing Ending C just to upgrade the last few weapons to fill out the crafting log and wrap up any loose ends before seeking out NieR's final ending.

Without going into any specifics, Ending D remains the final achievement that players wish to undertake in their time as brother NieR. After completing this world-changing task, the game begins anew, or so it seems at first glance. It takes another couple hours of going through the motions and venturing around the world, from visiting Devola and Popola to the Junk Shop, Aerie, and such. It's during one key cutscene that the story takes off in a drastically different direction and takes players into a new storyline. All-in-all, this new content takes roughly three hours to complete, a payoff that players may or may not feel to be a sufficient payoff for the last sixty hours of gameplay. If you've been poring over all of Yoko Taro's notes and stage plays over the past decade, the content that takes place within the Forest of Myth has been discussed before but all but the most dedicated of Taro devotees will find this new content surprising in all of the best ways. 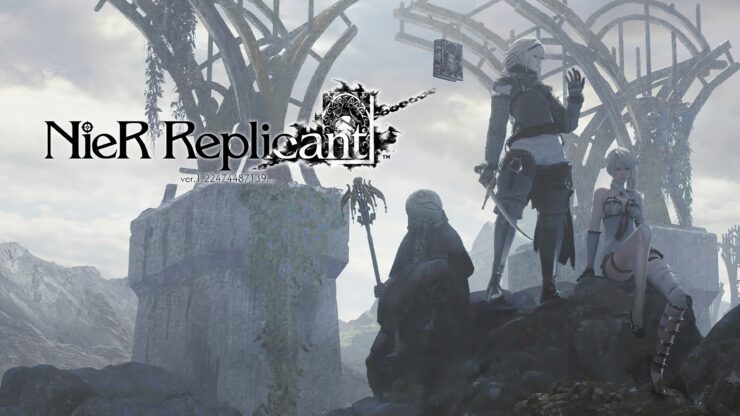