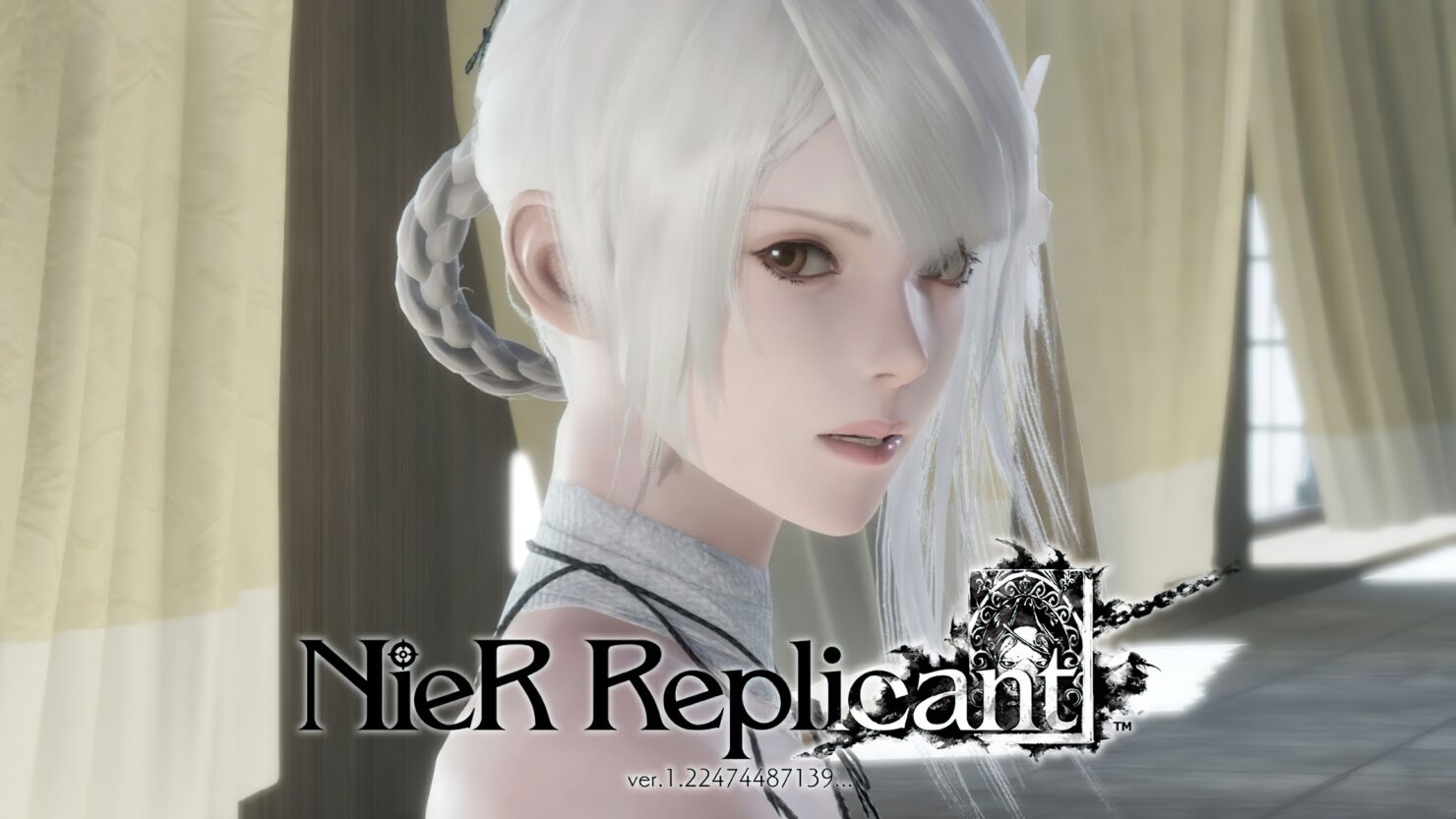 With NieR Replicant ver.1.22474487139… coming close to its one-week anniversary since release, some of you have surely already bested the Shadowlord and rescued Yonah. In typical Yoko Taro fashion, merely reaching the end credits isn't enough to see the full picture. We wanted to wait until our readers had time to immersive themselves into the role of Brother NieR for some time before spilling the beans on how to unlock all five endings to NieR Replicant ver.1.22474487139… .

Unlike NieR Automata's storyline, you won't be seeing the events of Replicant through multiple characters' eyes for the main game. The contents of Ending E are still something that we wish to keep under wraps, as not to spoil the surprise for fans that have been waiting a decade for this final payoff.

For the first ending to NieR Replicant ver.1.22474487139…, this will be the only time that you'll be playing as the younger version of Brother NieR in this playthrough. If you're aiming for full trophy/achievement completion, you're going to want to spend some time in the Northern Plains killing sheep as they disappear in the latter half of the game. Working on the fishing quests and flower cultivation trophies will help get you a head start, but these can both be completed in future playthroughs.

Everything you accomplish during the first playthrough carries over into future playthroughs, from weapon levels and items to completed quests and more. If you're a completionist, be careful regarding any quest you start in the first half of NieR Replicant ver.1.22474487139…: failing to finish these quests by the time the story advances into a time skip will mark them as failed for the remainder of your playthroughs. Of the 71 quests, you'll only need to complete 30 of them for trophies.

Earning all five endings to NieR Replicant ver.1.22474487139… is a relatively straightforward task as long as you enjoy playing through Brother NieR's rescue tale multiple times. Each of the five endings will be earned in order as long as you follow these simple guidelines.

Ending A is earned simply by playing through both phases in your initial playthrough, from the time as the younger brother up until rescuing Yonah from the Shadowlord. Upon successfully defeating the final boss, you're offered up the first ending and a chance to save your game with new, clear data.

Upon loading this clear data, you're dropped right back into the post-timeskip life of Brother NieR. You'll notice right away that the story beats are identical from gathering the five keystones and venturing forth to the Shadowlord's Castle; however, it would be a major mistake to skip through the cutscenes as there's a small unique shift in perspective in many of these scenes, not to mention completely new scenes scattered throughout. At the end of this playthrough, much like this first, you'll unlock Ending B and offered up a fresh opportunity to save your cleared data complete with another completion stamp.

The third playthrough, again starting from the second half of NieR Replicant ver.1.22474487139…, largely follows the same pathing as Ending B. Again, make sure not to skip the story cutscenes as more details pop up throughout the playthrough. This time the next ending requirements do require a bit more legwork. By the time you attempt to enter the Shadowlord's Castle, you'll need to acquire the main 30 weapons from the original NieR release (there are 3 more unlocked from the 15 Nightmares DLC). Upon reaching the very end, you're offered up a not-so-simple binary choice. Ending C begins when you select to 'Kill' the final boss. It's recommended to save this clear data in a new save slot and opt to reload whatever save you had previous to entering the Shadowlord's Castle. If not, you'll have to replay the entire third playthrough scenario once again up until you're offered the same choice again.

NieR Replicant ver.1.22474487139…'s fourth ending and canon best ending is offered by selecting the other choice, which is to 'Save' the final boss. Ending D offers a memorable experience to NieR Replicant ver.1.22474487139… that's best experienced for yourself. There's an incredible sense of finality to this ending as your save and existing progress is wiped away, even locking away your character's name from being used again in a new playthrough.

These four endings are all that was offered in the original release of NieR, so how do you unlock Ending E in NieR Replicant ver.1.22474487139…? You'll have to start a fresh save and enter a new character name at the beginning (you'll know you have unlocked the criteria for Ending E if you're not allowed to reuse the previous name you picked for your save file). From here, you'll play through the same opening hours of NieR Replicant ver.1.22474487139… up until you meet up with Kaine for the second time to square off against The Aerie's big bad boss. If you want to save time on this partial playthrough, you can skip all cutscenes and quests as they're identical to the content you've already played through during Ending A. It's at this point that the story diverges wildly into a brand new direction.

The brand new story content to NieR Replicant ver.1.22474487139… will last roughly two to three hours and will guide players on a linear journey that ties the story together with NieR Automata in some unexpected ways. This experience will guide you up all the way through to a brand new Ending E and some of the content that makes this experience well worth the decades-long wait. 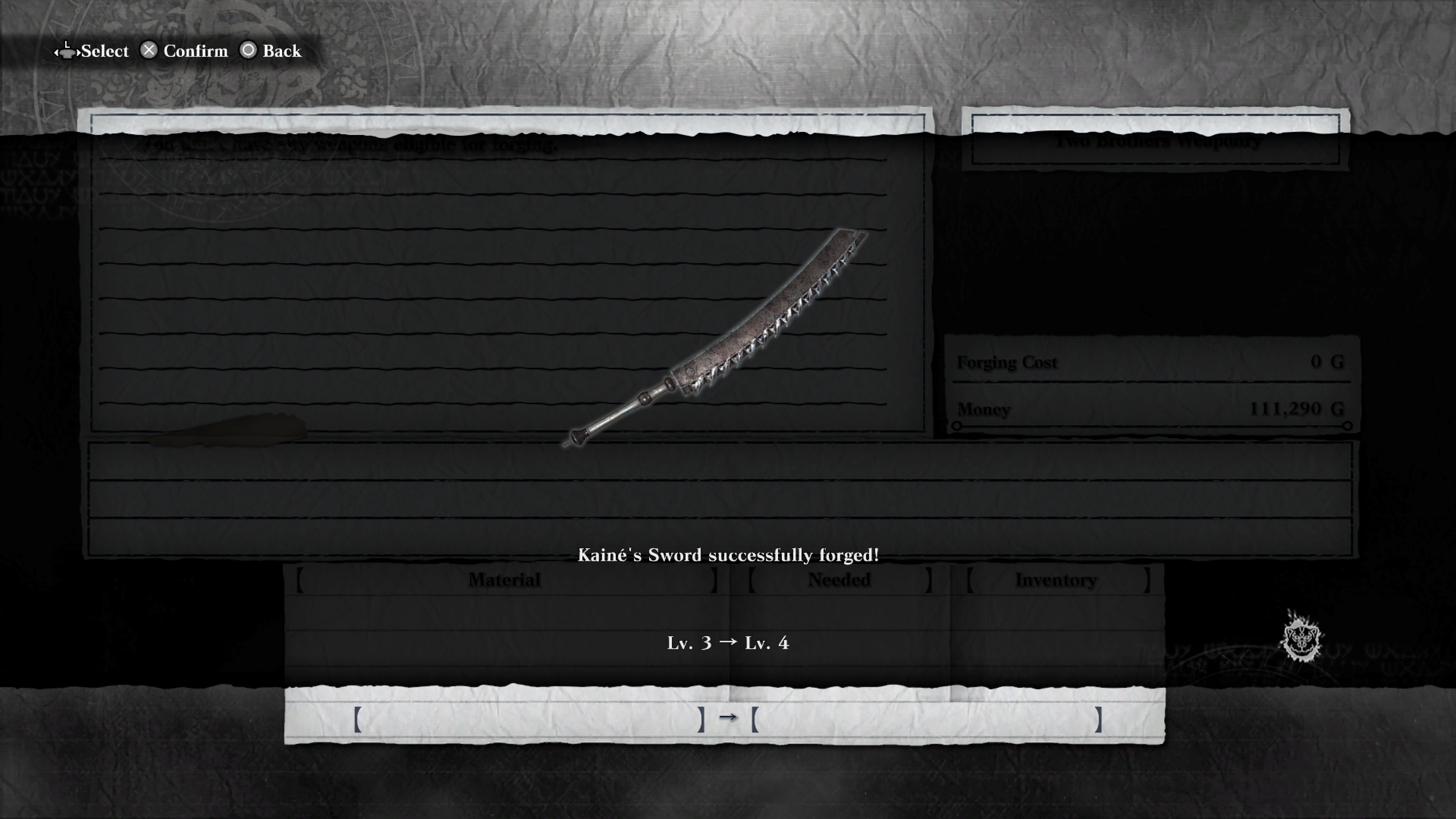 Upon watching this final credits roll, you are permitted to restore the last save you made in Ending D and replay NieR Replicant ver.1.22474487139… once more. To reward players for their time spent across all five endings, a special prize can be picked up from Kaine's hovel just outside The Aerie: Kaine's Sword, singlehandedly the best weapon Brother NieR can wield once it's fully upgraded.