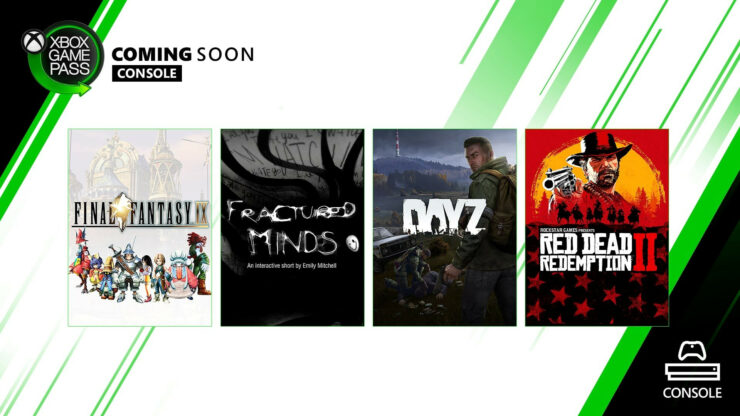 The new Xbox Game Pass games for both console and PC have been unveiled by Microsoft. Console gamers are getting the sweeter deal this month from the looks of it, as the additions include Rockstar's Red Dead Redemption 2, Bohemia's DayZ, Square Enix's Final Fantasy IX and the indie game Fractured Minds.

Xbox Game Pass users on PC are also getting Final Fantasy IX, as well as Halo 2 Anniversary (out on May 12th), and the 4X strategy game Endless Legend. Additionally, both console and PC subscribers already got the freshly released Moving Out and Streets of Rage 4.

As usual, for a handful of games coming in, another set of games will leave Xbox Game Pass. Grand Theft Auto V will leave XGP for console on May 7th, giving way to RDR2, while the following games are leaving the service on May 15th:

On the Xbox Game Pass for PC front, the following titles won't be available anymore starting May 15th:

XGP reached an important milestone just recently, with Microsoft announcing that its Netflix-like subscription service for games now has over 10 million subscribers.