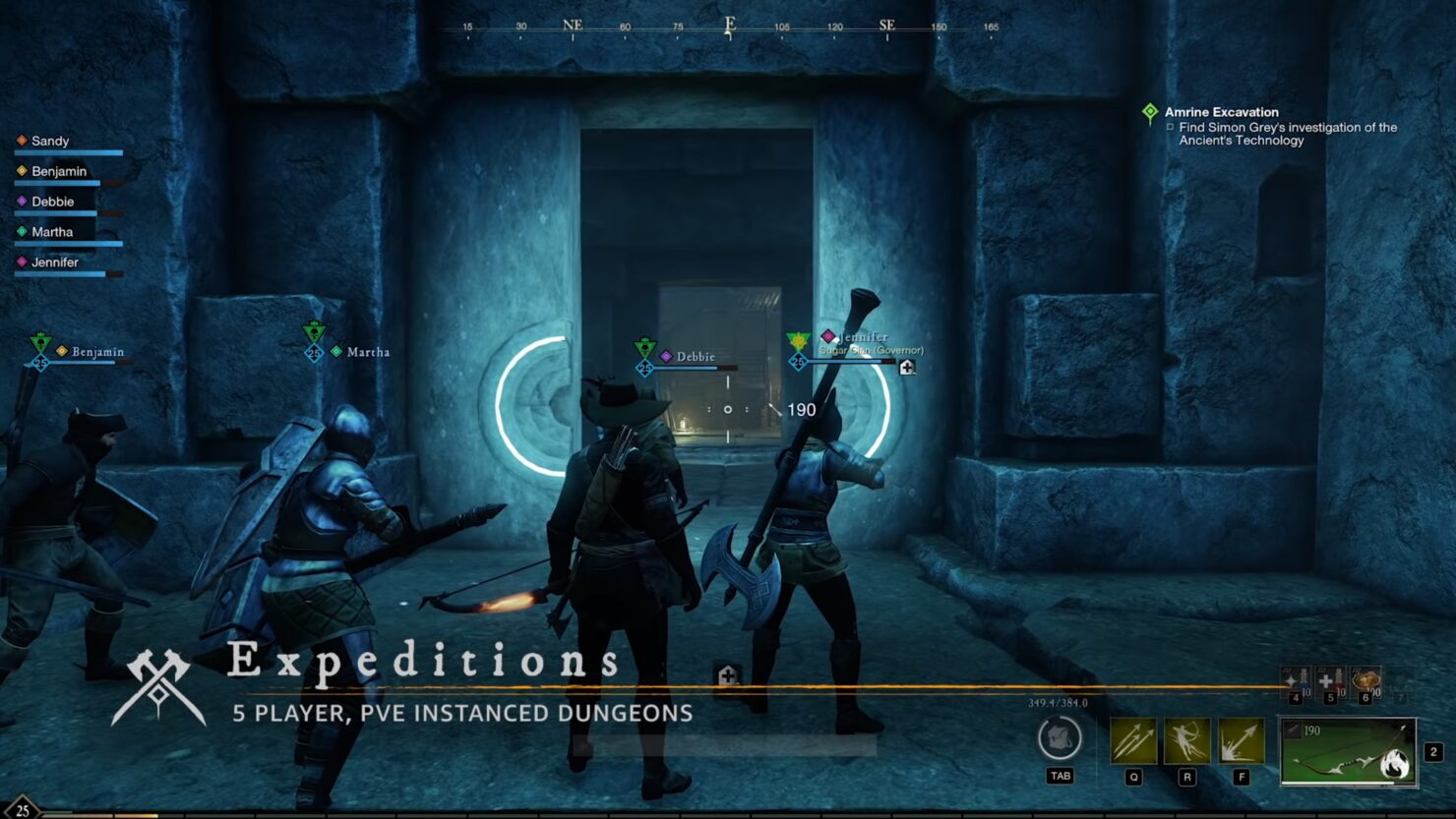 New World, Amazon's MMO game, has been delayed a third time. Originally due in Spring 2020, the game was first delayed to August 2020 and then to Spring 2021; yesterday, though, the developers revealed that they'd need even more time to implement critical end-game features, which is why the new release date is set to August 31st.

Those features include a brand new end-game zone (in addition to the Reekwater one we recently had the chance to preview), as well as dedicated instanced PvE and PvP content (dungeons and battlegrounds, essentially) as detailed below.

Filled with lush wetlands and towering cliffs Ebonscale Reach is a new end-game zone in Aeternum. An exiled empress is building a corrupted fleet there that could threaten the entire world.

These five-player instanced adventures will take you to the darkest corners of Aeternum. There, you’ll face dire threats, learn more about the source of Corruption, expose the Angry Earth’s ulterior motives, and reveal the deeper menace behind the Lost. Expect difficult battles that will challenge your group, requiring skill and coordination to achieve victory.

These are 20 vs. 20 battles set in a primordial river basin filled with forgotten ancient technologies and hidden sources of Azoth. You and your team will vie for control of strongholds and strategic resources—and you’ll need all your combat prowess and collective wits to win.

Meanwhile, the Alpha testing phase will continue and increase in size, with European servers finally due to open on March 30th. A Closed Beta, accessible by anyone who pre-ordered New World, will begin on July 20th.