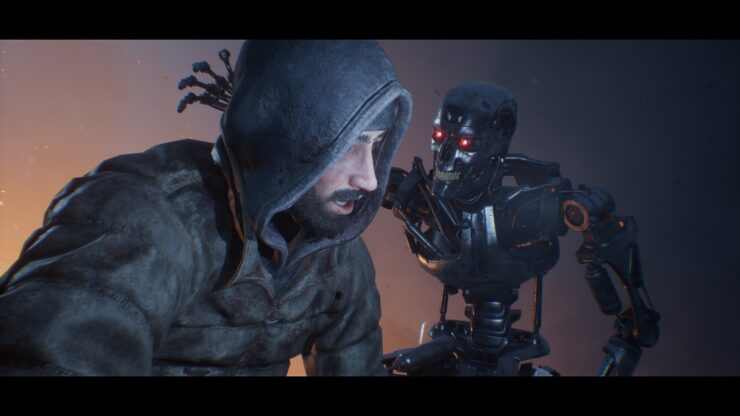 Terminator: Resistance, announced last month, will be available on November 15th for PC, PlayStation 4 and Xbox One, only a couple of weeks after the release of the new Terminator: Dark Fate movie.

The attempt to hitch the hype train is obvious, though so far the game looks fairly decent even if it's coming from Teyon, the studio behind the forgettable Rambo The Videogame.

This one won't be an on-rail shooter, for instance. In fact, the developers shared a new look at Terminator: Resistance at EGX 2019. In the video embedded below you can take a look at a section of new gameplay that's mostly about sneaking and hacking, of which there'll be plenty in the full game.

The official Steam page also already includes the full system requirements, by the way. We've added those below as well.

There is no fate but what you make.

Experience the events leading up to the decisive final battle for the fate of mankind in the war against the machines. Terminator: Resistance, is a first-person shooter set during the 'Future War' scenario that was only glimpsed at in the iconic films, 'THE TERMINATOR' and 'T2: JUDGMENT DAY'. The machines are destined to lose, but at what cost?