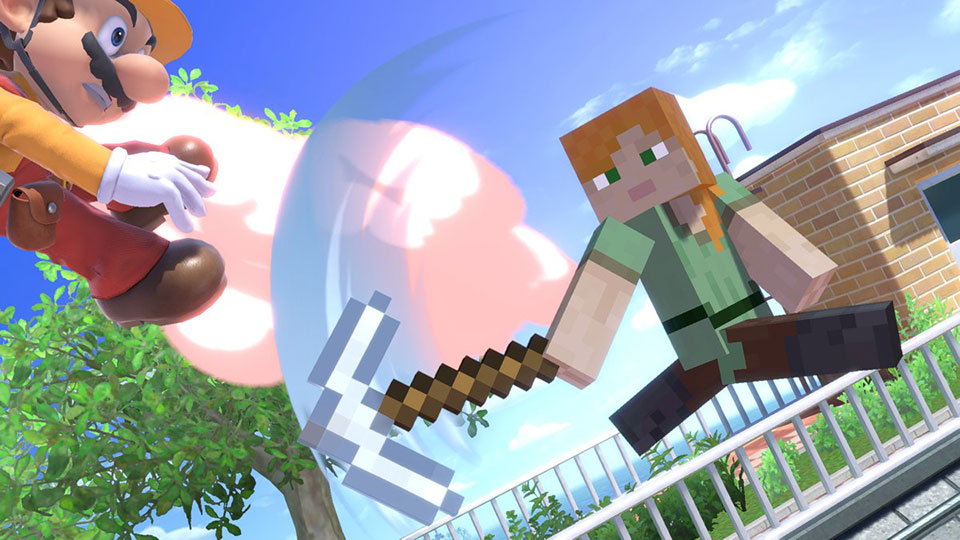 [Update 10/22] Super Smash Bros Ultimate Update 9.0.1 is now available for the Nintendo Switch. We've included the release notes down below, as supplied by Nintendo.

Last week, Nintendo released the 9.0 update, which added support for DLC Fighter pack 7 and its new Minecraft challengers, Alex and Steve. Fast forward one week and Nintendo has now confirmed that a new update will be released, packing fighter adjustments.

Following the update, replay data from previous versions of the game will be incompatible. In order to save precious replays, be sure to convert them through  the Vault.

A new Ver. 9.0.1 of Super #SmashBrosUltimate will arrive tomorrow! This update will include fighter adjustments, meaning replay data from previous versions will be incompatible. Convert your replays by going to Vault -> Replays -> Replay Data -> Convert to Video, before updating. pic.twitter.com/vC4LmiJmp8

Exact details about the specific fighter adjustments haven't been revealed just yet. We'll update this post as soon as Nintendo releases the full patch notes.

Gaming icons clash in the ultimate brawl you can play anytime, anywhere! Smash rivals off the stage as new characters Simon Belmont and King K. Rool join Inkling, Ridley, and every fighter in Super Smash Bros. history. Enjoy enhanced speed and combat at new stages based on the Castlevania series, Super Mario Odyssey, and more!

Having trouble choosing a stage? Then select the Stage Morph option to transform one stage into another while battling—a series first! Plus, new echo fighters Dark Samus, Richter Belmont, and Chrom join the battle. Whether you play locally or online, savor the faster combat, new attacks, and new defensive options, like a perfect shield. Jam out to 900 different music compositions and go 1-on-1 with a friend, hold a 4-player free-for-all, kick it up to 8-player battles and more! Feel free to bust out your GameCube controllers—legendary couch competitions await—or play together anytime, anywhere!