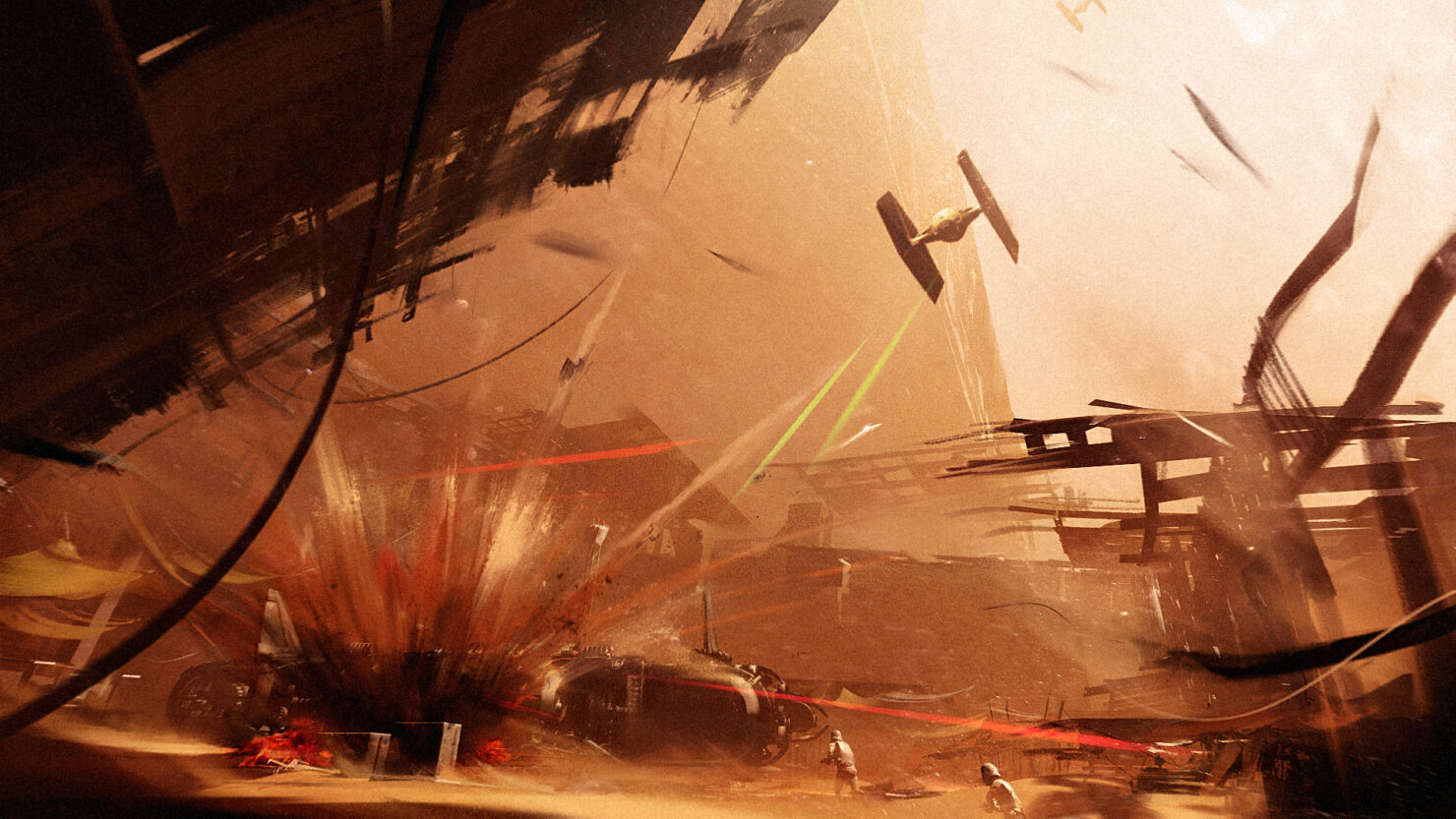 Brand new Star Battlefront II concept art has surfaced, showcasing some of the locations included in the upcoming sequel.

The art shows the iconic and infamous Death Star – a location that also became playable in Battlefront after the release of the Death Star DLC last year. The mysterious world of Kamino can also be seen on the concept art alongside the capital of Naboo, Theed. Another interesting location is Vardos – the brand-new Imperial planet in the Star Wars universe.

Check out the new art gallery below:

The official trailer for Battlefront II was shown during the Star Wars Celebration in Orlando last weekend. The sequel to Battlefront will invite players to the “Dark Side”, and will let them play as an elite soldier in the Imperial navy.

“We wanted to give the Empire heroes in that same way,” EA Motive’s game director, Mark Thompson, said during a preview event at the Star Wars celebration. “Who are the elite soldiers on the battlefield who strike fear into the rebels? Who are the elite pilots that kids growing up [as citizens of the Empire] look up to and aspire to be?

“We settled on this idea of telling a story from the Imperial perspective. The idea of special forces soldiers gave us this chance to become a new hero.”

Star Wars Battlefront II is slated for a release in November this year. The title will be playable during EA's EA Play event in Hollywood this June, and will feature Rey, Kylo and Darth Maul among others.

The prequels, original trilogy, and new era meet in an expanded multiplayer experience and galactic-scale space combat. Play iconic heroes to bring distinct abilities to the battlefield - or join the fight in an emotionally-gripping single player story. Your Star Wars hero's journey has begun.