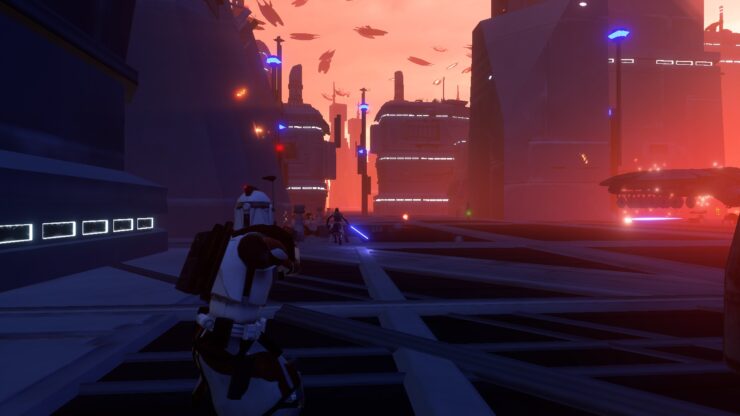 A new Star Wars Battlefront 2 mod that has been released online a couple of days ago introduces a new map to the game.

The new map is the Coruscant - Streets map, which replaces the Kashyyyk map and can only be used offline as of now. Despite some issues and some work left to be done, the map looks extremely good, as showcased by the gameplay video below.

It has been some time since Star Wars Battlefront 2 received some new content. The game's final major update has been released last year, introducing multiple maps and more.

Heroes Vs. Villains will be receiving a new planet in April, as the battle between dark and light reaches the salty mineral planet of Crait. This is one of our most requested HvV locations to date so it’s really exciting to be bringing it to the game mode. The combat area will be focused inside the main hangar, with the blast doors open, letting in the sunset outside.

The ultimate Star Wars  battleground
Discover a Star Wars multiplayer universe unmatched in variety and breadth, where up to 40 players fight as iconic heroes and authentic-to-era troopers. Pilot a massive array of vehicles on land and in the air as battle rages through the galaxy.

Galactic-scale space combat
Space combat has been re-designed from the ground up with distinct handling, weapons and customization options. Join your squadron as you dodge danger in asteroid fields, blast through an Imperial Dock Yard and more. Take down massive capital ships as you pilot legendary starfighters in high stakes dogfights with up to 24 players.

Train offline
Practice makes perfect. Enjoy solo offline play where you can earn rewards and customize troopers and heroes. Then bring your upgrades into the online multiplayer battleground.