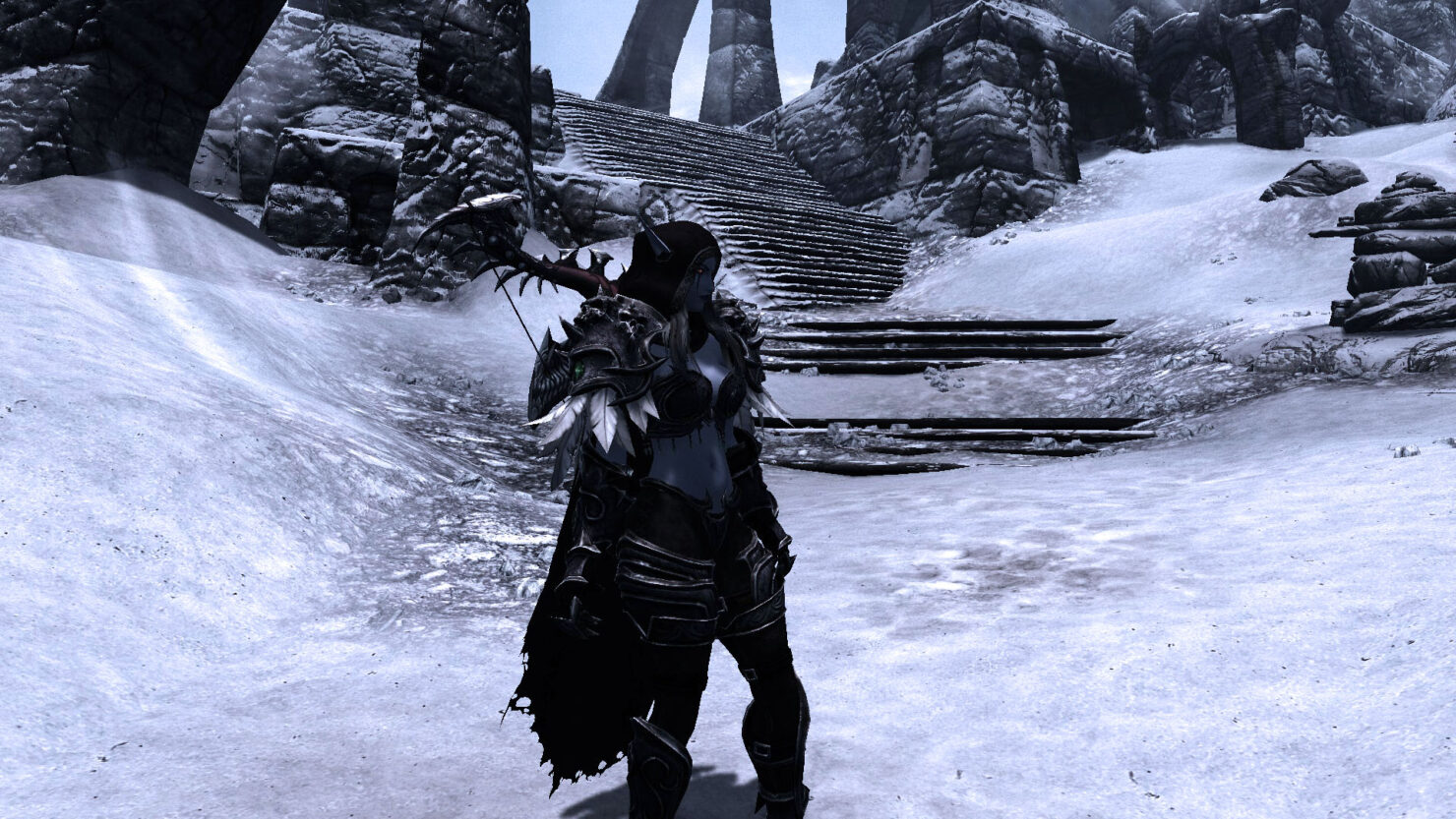 A freshly-released Skyrim Sylvanas mod brings the former warchief of the Horde to The Elder Scrolls V.

Created by modder ‘Haytur, the new mod for the Special Edition of Skyrim comes complete with the Banshee Queen’s abilities and armor.

In Skyrim, Sylvanas is treated as an Undead and is vulnerable to certain Restoration spells. The Dark Lady can breathe underwater and is able to use Cannibalism to restore her health. Aside from cannibalism, Sylvanas has the following abilities:

While sneaking indoors or out of direct light you will turn into a shade increasing how strong your stealth is.

Note: You can disable this via the MCM if you do not like the effect every time you go into stealth, I added this as it was a complaint in my original verison in normal Skyrim

Gains the ability to channel dark energy into her arrows, causing arrows to strike for 2x their damage. This ability is gained at level 10 and requires 30 Mana. To use this ability simply fully draw the bow and after 3 seconds the ability will start assuming you have the requirements.

Wail of the Banshee

Let out a wail that stuns and staggers opponents. Can be used once a day. Books that teach the words of power are located as follows.

Down below you’ll find some screenshots of the Sylvanas modification in action.

Installation of the mod is fairly simple and requires users to install the file as mentioned below. In order to play as Sylvanas, players will need to create a new female character and then select Sylvanas Windrunner. The mod’s creator notes that users shouldn’t change or modify any of Sylvanas’ features as this could result in missing body parts.

Skyrim Special Edition is available now for PC and consoles. This mod only works with the PC version.