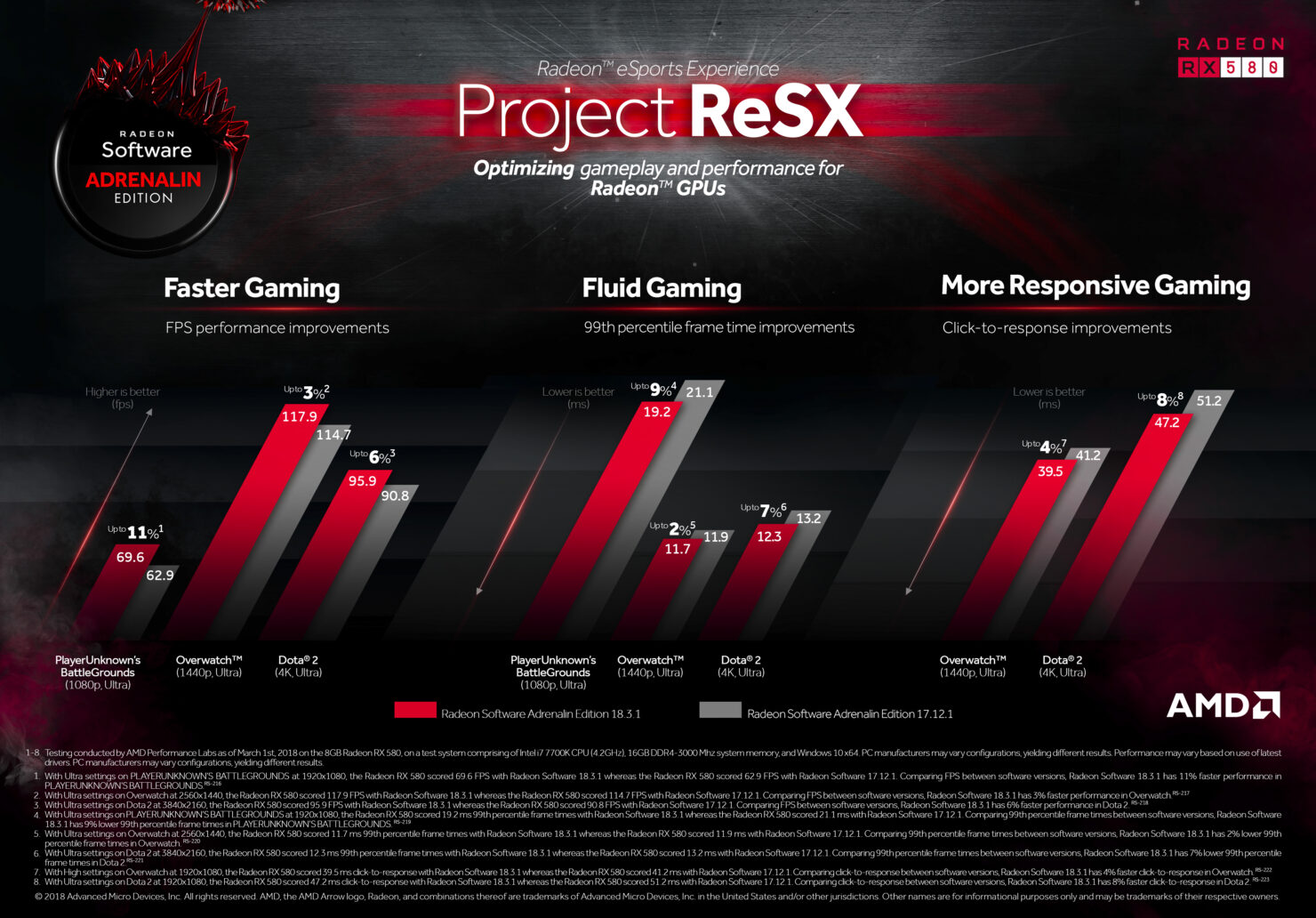 What they don't list, however, are the additional benefits now available thanks to Project ReSX, or Radeon eSports experience. The goal of this project was not only to deliver performance improvements in terms of frames per second (which Project ReSX does anyway with up to 11% gains in PlayerUnknown's Battlegrounds (1080p, Ultra settings), up to 3% gains in Overwatch (1440P, Ultra settings) and up to 6% in Dota 2 (4K, Ultra settings), but also to allow more fluid and responsive gaming.

For instance, PlayerUnknown's Battlegrounds now has up to 9% lower 99th percentile frame time, Overwatch up to 2% lower and Dota 2 up to 7% lower. The most interesting improvements listed by AMD are possibly in the "click-to-response" area, where apparently Adrenaline Edition 18.3.1 will bring you up to 4% lower response in Overwatch and up to 8% lower in Dota 2.

We'll see if AMD continues to invest in Project ReSX in the future and whether its arch-rival NVIDIA becomes interested in doing the same.