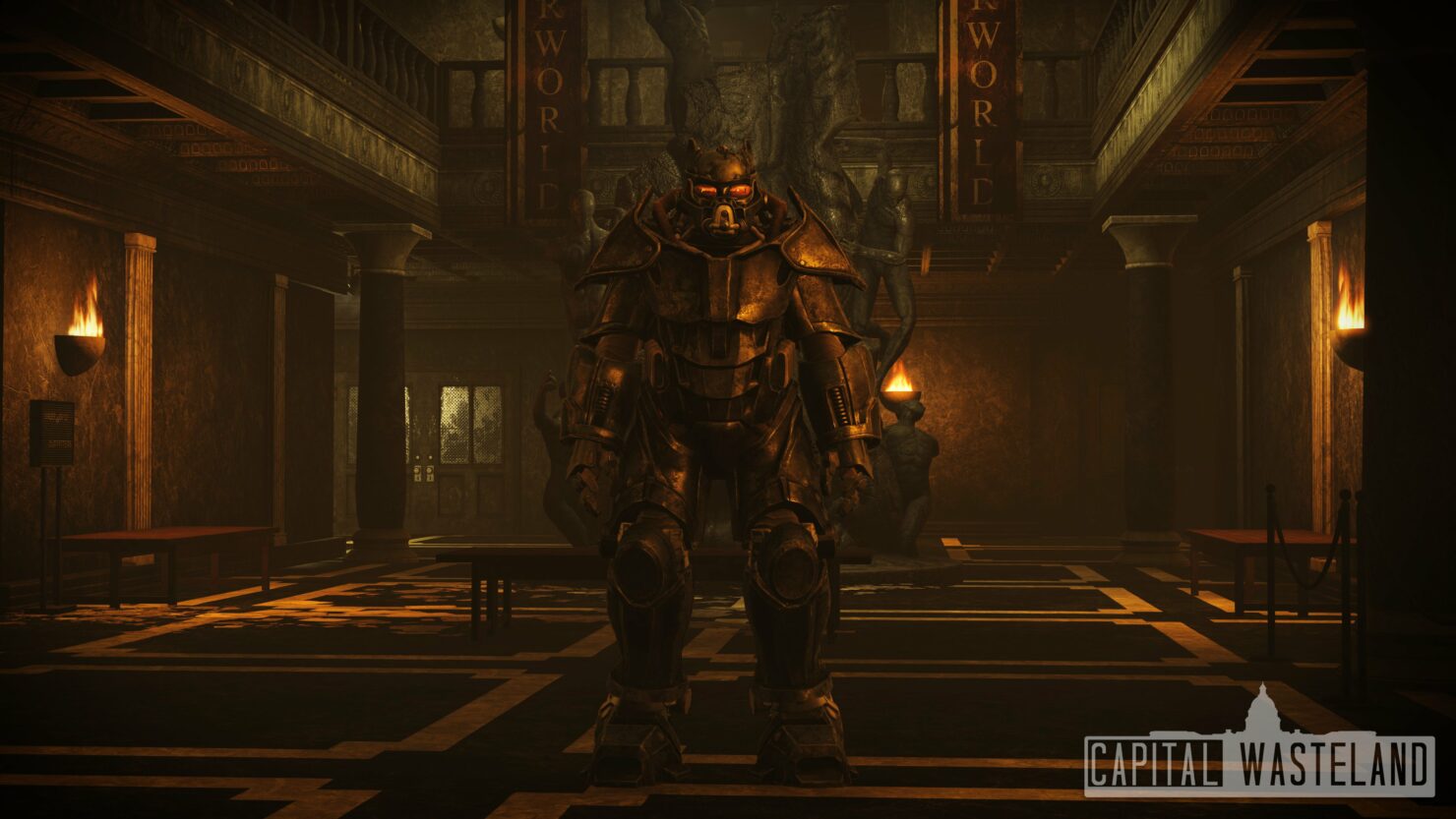 Today the Capital Wasteland team presents some gameplay of an alpha build of the quest, You Gotta Shoot 'Em in the Head, a fully playable side quest in Fallout 4 The Capital Wasteland with all of its locations playable also. The gameplay footage shown in this video is from a internal build and is a work in progress. Everything shown here is subject to change, some areas you will see are unpolished. Also all the voices present and Tenpenny Lobby music are placeholder for demonstration purposes and will NOT be included in the final release!

As with all these recreation projects, Fallout 4: The Capital Wasteland does not have a release date, as the modders are working on it in their spare time on a volunteer basis. Below we've added some of the most relevant FAQs from the official website.

IS THIS GOING TO BE ON X-BOX ONE/PS4/GAMEBOY ADVANCE/CREATION CLUB?

No, no, no, and no. Unfortunately this mod is WELL past the limitations for Bethesda.Net modifications for consoles and- well- quite frankly Creation Club just doesn't work that way. So no. And before you ask again- still no.

I CAN'T MOD/MODEL/TEXTURE/SCRIPT- IS THERE ANYTHING I CAN DO TO HELP ANYWAY?

Not directly, but there is always a way to help. For the Capital Wasteland project the best thing you could possibly do is spread the word. The more interest we have in the project consistantly the more willing we are to continue working and pushing out updates until we have a final product. You can find links to our Twitter, Reddit and Instagram linked below so feel free to share our web page to all of your friends, families and pets!

WILL IT HAVE THAT ONE GROSS GREEN FILTER?

The infamous 'green filter' from Fallout 3 is very integral to the overall look and feel of the Capital Wasteland- but no, we aren't going to have a green filter applied to the game the way the original did. We are, however, experimenting with the newest weather options in Fallout 4's CK to establish the same grimy and oppressive tone as the original without sacrificing the naturally beautiful look that Fallout 4 is capable of.

WILL YOU BE INCLUDING SETTLEMENTS?

No. The original Fallout 3 was not created with settlements in mind and a lot of things would have to be reworked to accurately shove that feature in. However, there should be no reason mods that allow you to establish settlements anywhere you want shouldn't work with The Capital Wasteland.

We are, however, going to step up the player homes from the original Fallout 3 by bypassing the Themes system from the original to work in the same way the Homeplate in Diamond City from Fallout 4 works. Don't worry, you'll still get your heart bed and your weird hanging lesbian lantern.