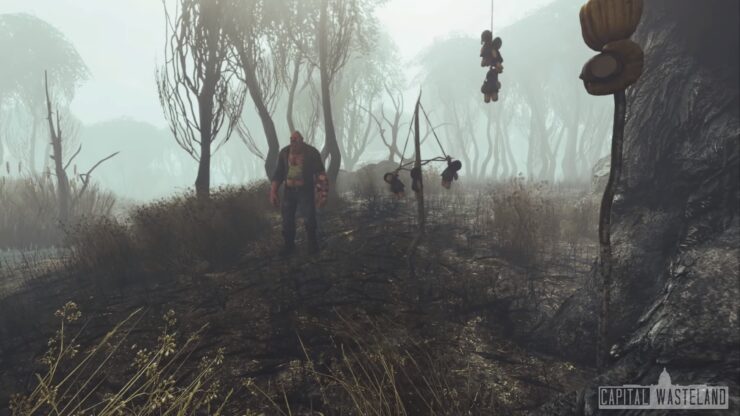 Fallout 4: The Capital Wasteland, an ambitious modding project that aims to recreate Fallout 3 in the Fallout 4 engine, recently received a brand new trailer.

The new trailer focuses on Point Lookout, a DLC area seen in Fallout 3, hinting at the fact that the entirety of the Fallout 3 content will be recreated by the project.

The Fallout 4: The Capital Wasteland mod ceased development back in 2018 due to copyright issues that prevented modders from using any of the voiced lines of the original game. Having solved this issue, development resumed back in January 2019.

Back in March of last year, we communicated with Bethesda regarding our planned method to implement the voice acting and other audio from Fallout 3 into the Capital Wasteland. As you might already be aware, we were informed that our planned approach would raise some serious red flags and so after a few discussions amongst our team we decided it would be best to put the project on hold.

For myself after working for hundreds of hours on this project and then having to stop really made me depressed. Something I had an extreme passion for was suddenly not there anymore. So after taking a few months' break, I slowly picked up the pieces and continued my work on the Capital Wasteland.

More information on Fallout 4: The Capital Wasteland can be found on its official website. A final release date for the mod has yet to be announced.