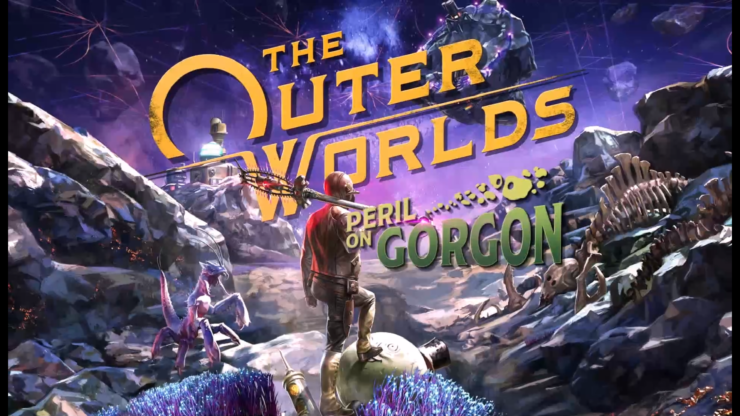 First revealed during the Xbox Game Showcase last week, Obsidian Entertainment has revealed that The Outer Worlds will be receiving its first of two story DLC's next September. In the meantime, we've received some new details on what new content is coming to the first person shooter RPG thanks to a couple of recently published interviews.

In a recent Gamespot interview with Art Director Matt Hansen, a few more important details were released for Peril on Gorgon, including the increased level cap and exactly when players can be able to jump into the new story DLC. Fans should be happy to know that you won't have to have finished The Outer Worlds first before taking a quick adventure to the Gorgon asteroid.

What's the quick, elevator pitch for Peril on Gorgon?

Carrie Patel: So Peril On Gorgon is a pulp-noir take on the Outer Worlds. It's set on the Gorgon asteroid, which is the site of a now-defunct Spacers Choice facility where Adrena-Time was manufactured and developed. As a player, you're going to be exploring that location to uncover the mystery of what happened with this project and why it was canceled so suddenly--and in classic Obsidian fashion, making some pretty important choices along the way that are going to have big impacts for life on Halcyon.

Is this post-campaign content or mid-campaign. Could it be either, is it flexible in that way?

Hansen: It's pretty mid-campaign content. Once the player has completed the Monarch critical path quest, the next time they try to travel somewhere, the DLC will trigger and they'll have access to that DLC content all the way up through the point-of-no-return save where you go to Tartarus. So it's slotted pretty seamlessly into the game. And at any point you can go in and out of that expansion content as well. You can start your experience on Gorgon, decide a couple of quests through that you want to go figure out what's going on elsewhere and come back to it later. And of course, you have the choice of never completing it. You get partway through and say, "All right, well, let's see what happens in the end if I ignore all of this." There's a payoff for that as well.

So you can actually just leave it unfinished and that'll play into the campaign ending?

Some people coming to this will have finished the campaign. When you have people that are obviously going to be very high-level and very proficient at a certain kind of build, does that present any design challenges?

Hansen: Certainly. And thankfully, it's a challenge that encourages some creative solutions and those solutions have manifested in ways that I think players will really enjoy. So it's high-level content, the game is intended to be played by players of level 25 or higher. Enterprising folks can definitely attempt it at an earlier level if they wish, but it'll be a severe challenge. But in doing that, we also wanted to, like you said, increase the opportunities for players that have specced themselves out in a specific way.

So we've increased the level cap by three levels, introduced a number of new perks and flaws and also some really cool new skill unlocks that allow you to be a master of the thing that you've really invested in. So if you're really good with handguns, you can invest that much more into it and suddenly unlock some pretty wild gameplay options.

While Peril on Gorgon has not yet been confirmed for Nintendo Switch, Eric DeMilt, Production Director on The Outer Worlds, did claim that the Nintendo Switch version would receive all of the DLC that's being made available for other platforms such as PlayStation 4 and PC.

What can you tell us about The Outer Worlds’ future DLC? Will it eventually be made available in the Switch version?

DeMilt: The Switch version of The Outer Worlds will get the DLC that is being made for the game on other platforms.

In the meantime, check out these new screenshots for Peril on Gorgon, the first upcoming piece of DLC coming to The Outer Worlds.