It was around two years ago when I first played Grounded. By then, I was already tired of survival games, waking up to a new world, smashing trees and rocks, and then rubbing them together to create an axe. The axe then being used to break even more giant stones, which you could turn into a Gatling gun that fired bullets made out of the excrement of a nearby caterpillar. There was very little a sandbox survival game could do to keep things interesting, bar sending you to the bottom of the sea or sending you to space. There's also that one where you're a Viking.

Of course, any game by Obsidian would be interesting, so Obsidian making a sandbox survival game gave Grounded a good start. Add on that it's "Honey, I shrunk the Kids," and you have an even better start. With the game finally launching out of early access, with far more content than I could ever see in those early days, what do I think now?

So yes, this is a late review. You can thank hospital visits and other personal things for that. Still, I want to get a review of Grounded out, and that's what I will bloody well do. Another thing I will bloody well do is to let out a bit of poo when the spiders start pouncing because they are almost as vicious as you. Still, playing grounded all the way through, it's impossible not to think it's as cool as an igloo.

On that note of utterly terrible rhyming, let's talk about why I like Grounded, despite a lot of the core loop feeling like any and every other survival game out there. While Grounded has you doing the usual survival aspects of getting food (bugs), water (rain droplets), wood (blades of grass or weeds), and rocks (tiny pebbles), there's an overarching narrative here. There's also enough variation in the environments, made all the better by things we all know as simple tools being giant and climbable.

Simple things like a dropped box of Tic Tacs that, once you've upgraded to a stronger hammer, lets you smash them up for a cooling bit of minty food or even use for a minty-fresh war hammer make the world of Grounded feel grounded in reality, despite your minuscule size. It's progressing through this world in what feels like an actual garden, making the game so impressive.

You'll start with gnats, moving up to ants before encountering the Spiders who have been terrorising people for years. The first steps into a new area are deadly until you've crafted the required equipment. Can't you go too far into the part of the garden next to a leaky canister of weed killer? Kill a Stinkbug and craft a gas mask from some part of its body. Are you struggling to swim in the fish pond? Best craft some flippers out of creatures you've killed near the surface.

It's how you can change and interact with the garden that I also find impressive. The aforementioned leaky canister? Once you've knocked off a lump of gum stuck in varied places around the map, you can seal the hole in the canister. Once filled, it will remove the gas and danger within The Haze (that part of the map), but infected bugs will start to roam, and the fungus and spores found within It will spread to other locations on the map.

This also applies to the inhabitants of the garden. They don't tend to like each other much. I first noticed this years ago when ants would start murdering gnats. Knowing how animals work in real life is a huge boon, letting you follow ants to a food source or pitting bugs against each other if you don't want to fight something on your own. The reality is that early on in the game, it's not that you don't want to fight; It's that you're almost inevitably going to die.

As you move through the game, getting more equipment from the corpses of your victims, you'll find that you're more able to handle yourself. It's even more true when you start unlocking mutations and finding milk teeth that enable you to upgrade your health, stamina, and more. This development helps to expand how you interact with the garden and its inhabitants, but being smart is always a positive. Want to venture into a red ant colony? Wearing a complete kit of red and armour is also a layer of camouflage.

So there is a reward for exploring the garden and the items you can gain within it. The limited research counters in the many little outposts add an annoying time limiter to the game. It forces you to wait a little longer than is ideal, and you can only unlock many items by spending "raw science" collected throughout the map through completing certain story elements or side quests and elements.

This leads me to my only real issue with Grounded. It's undeniably grindy. As you're going through the story, having to explore multiple labs in the different areas to progress, you eventually hit a point where the question isn't "where do I go next?" but "how do I make this ultra-specific item, so I can finally progress?". The sense of exploration that drives the early and early-mid part of the game falls to the side, and it's made all the worse by the forced and incredibly slow traversal.

Your tiny backpack has limited item slots, which is perfectly reasonable. It's a driving point in creating a base, your storage containers, and fortifying from potential attacks from the critters you've annoyed. The problem is getting back to that one base which, thanks to a zip-line system, isn't too bad. However, zip lines work with gravity. There's just far too much busy work, and in a game where crazy science exists, there's no excuse not to have implemented a sort of teleport system for late game. Hell, even if they had let you ride a flying ladybug, that would have been perfect.

Implementing some teleport or fast-travel station would have also been a great way of giving you more use of the excellent building system. I enjoy building bases and structures in survival games - even whole compounds - but I also like a reason. In Grounded, the only reason is that you will have somewhere closer to respawn when you die. Theoretically, a large enough structure can act as a focal point so you know exactly where you're going. Most of the time, this isn't necessary, thanks to juice boxes, garden gnomes, toys, and more. Also, building such a structure would take a long time.

Grounded is one of the best survival games around; that's something I doubt many people would argue over. The world is teeming with life and genuinely feels like a living garden. Added to this is a robust building system that rewards you with setting up your home, with the only issue being the lack of a fast-travel system (zip lines require too many resources) which can add to the grind. Most of all, the flexibility in options lets you play Grounded how you want to is most important. Two years after first launching into Early Access, it's something I can still more than recommend. 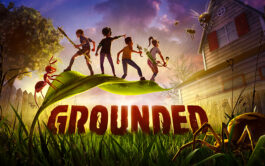 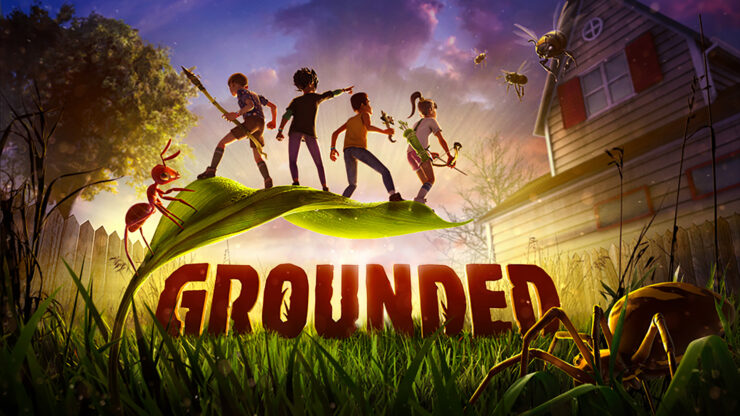 Grounded is undoubtedly one of the best survival games around. While it falls into some of the same traps, getting very grindy and gatekeeping progression while not signposting as well as it should do, there's little doubt that it's a very engaging game. Where many games will give you a world to play around in, Grounded places you in a living, breathing world and has you engage with every element in interesting ways. The Lord of the Rings: Return to Moria Gets New Screens on Durin’s Day

Obsidian Entertainment Co-Founder: We Would Make Another Fallout Game Without Any Doubt