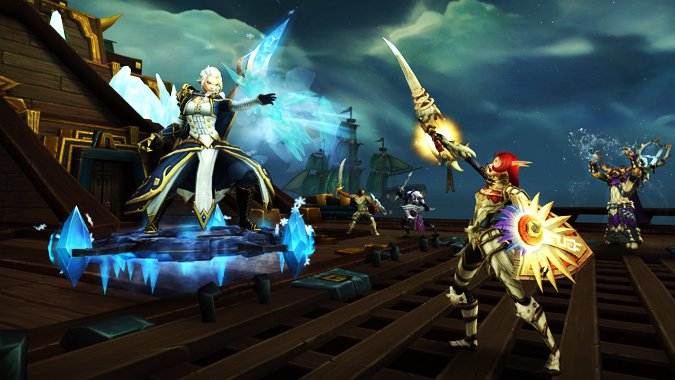 A new World of Warcraft: Battle for Azeroth patch has been rolled out which offers fixes for Druids in PvP settings.

The hotfix has already been rolled out the game’s live servers and also includes changes and fixes for items and dungeons/raids, including changes to the Jaina Proudmore encounter in the Battle of Dazar’alor raid.

We’ve included the official release notes for this hotfix down below:

•King Rastakhan
Fixed a bug that caused the encounter to unintentionally reset after resurrecting a player who died in the Death Realm.

•Lady Jaina Proudmoore
-Chilling Touch duration reduced by 20%.
-Chilling Touch is no longer affected by Da Voodoo Shuffle.
Fixed a bug that caused Freezing Blood to be sometimes applied to players who correctly had allies nearby, on Mythic Difficulty.
Items
-Fixed a bug that caused Enveloping Protection to be removed early when a target was hit with an attack that would fully absorb the shield.

Player versus Player
•Druid
Resolved an issue that caused Thorns to deal damage when the target is struck by unintended spells such as Eye for an Eye, Frost Fever, or Virulent Plague.

Restoration
Fixed a bug that caused Soul of the Forest to increase the healing of Germination applied by Nourish without being consumed.
Fixed a bug that allowed Nourish to apply two copies of Lifebloom to a target.

Quests
Flushed out a bug that prevented players from always being properly credited for objectives on "Flush Them Out".

World of Warcraft: Battle for Azeroth is available globally now. The expansion's first major content update, patch 8.1 Tides of Vengeance, was released back in December of last year. Patch 8.1.5, Crucible of Storms, is currently being tested on the PTR.