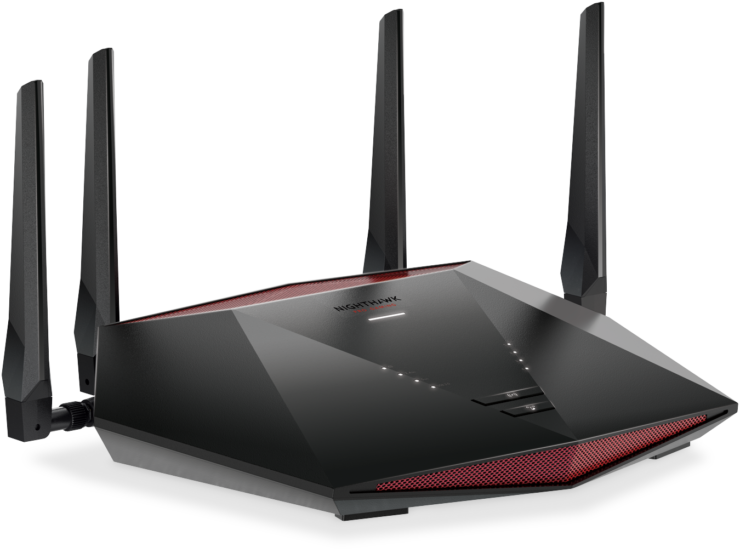 New Features powered by DumaOS 3.0:
●Bandwidth Allocation (QoS)—Prioritizes gaming devices and allocates bandwidth per device or application.
●Geo Fencing––Customizes and filters which game servers you play on for an elevated gaming experience. No longer simply a spherical aperture with wasted area,this newly updated feature provides the capability to draw customized shapes with up to 47 angles.
●Ping Heatmap— Pings your favorite game servers to display your connection quality to each server on a World Map.
●Connection Benchmark — Tests your connection’s speed, ping, & performance under peak congestion

During the presentation, Netgear’s marketing gurus talked up the Geo Fencing as one of the most crucial components of their XR1000 Pro Gaming Router. I can’t tell how many times I’ve been matched into a match of Guilty Gear or Street Fighter with someone that supposedly had an amazing connection only to find out that they must’ve been running off cheap WiFi from halfway across the country. With the Geo Fencing feature, I could opt to only accept connections from within the reach of my own data center, or those all important USEast servers that still pass a majority of my connections through. Whether this feature truly works in practice for console gaming is something that I look forward to testing in a proper review.

To counter any possible bandwidth hogs in your home, DumaOS 3.0 will allow XR1000 router admins to take deeper control and adjust the bandwidth each app or game can take up. Apps can be assigned into custom groups with an intuitive slider mechanic to tune the allocations to one’s liking. If you want to prioritize whatever mobile game you're fancying over streaming services such as Netflix, a few simple sliders on the Nighthawk app will help players get their pings down right where they want them.

Nvidia says that ‘Frames Win Games’ but shouldn’t your ping matter just as much? One of the ways that Netgear is planning to address this with the Nighthawk Pro Gaming XR1000 router is to offer better performing on a congested network. Their claims state that the XR1000 is “designed with the capacity to improve the WiFi performance by up to 40% and reduce the ping rates up to 93% under a congested network, which fundamentally resolves the primary pain points for gamers and provides the best gaming experience possible.”