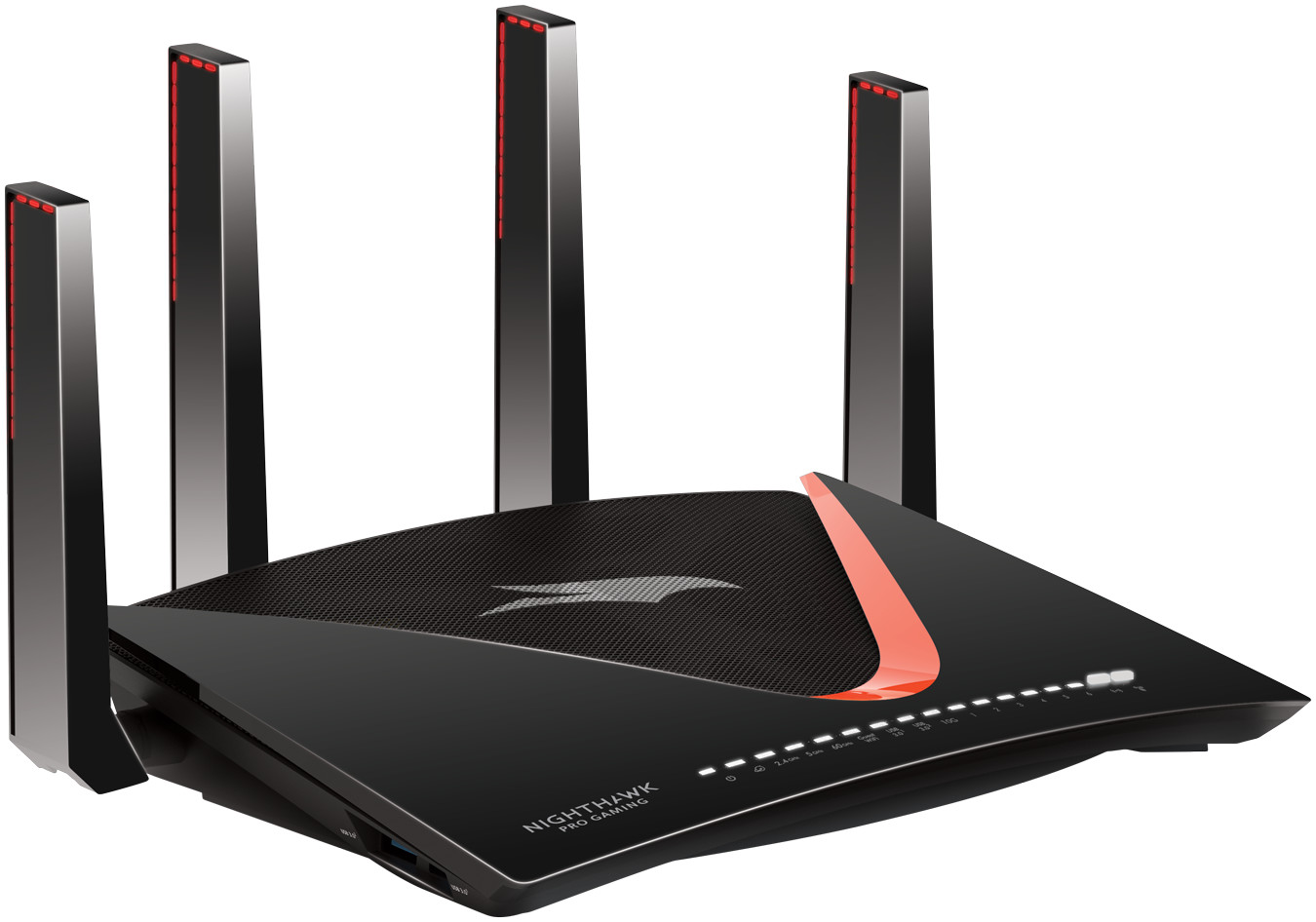 Last week at IFA Netgear showed off the latest in its lineup of Nighthawk Pro Routers, the  Nighthawk Pro Gaming XR700 WiFi Router, the industry's fastest home router for gaming. In addition to its award-winning DumaOS for greater network control over who and how you play, the NPG XR700 router sports cutting-edge hardware with its AD7200 Quad Stream Wave2 WiFi.

Netgear has said that it remains similar to the rest of the award-winning Nighthawk Pro Gaming family, the groundbreaking NPG XR700 router is purpose-built and fine-tuned to address the unique networking challenges of gamers. It optimizes network connections by stabilizing ping, reducing lag spikes, and keeping you always-on with the fastest wired and wireless connectivity for advanced online game play. The XR700 leverages exclusive state-of-the-art gaming software powered by DumaOS for critical pro gaming capabilities such as an intuitive and interactive Gaming Dashboard, a Geo Filter to guarantee local game hosts, and Quality of Service (QoS) to control and eliminate lag which hopefully will translate into less frustration due to networking.

Netgear has packed the XR700 with advanced gaming software with best-in-class, high-performance hardware that avid gamers expect of the Nighthawk Pro Gaming brand, with a powerful (for a router) 1.7GHz quad-core processor, quad-stream WiFi with MU-MIMO, the fastest 60GHz 802.11ad WiFi technology, and four external high-power active antennas. With a single 10G SFP+ port and additional 7 Gigabit ports, the XR700 is ideally designed for streamers, videophiles with networked storage, and those who depend on hard-wired gaming hardware.

Using a compatible SFP+ module such as NETGEAR AXM765, gamers can run a 10G connection from the NPG XR700 to a 10GBASE-T capable PC and experience one tenth the latency in downstream of a 1G connection, eliminating any bottleneck to reach breakneck speed. Couple the Nighthawk Pro Gaming SX10 10G LAN Switch with its (2) 10G multi-gig ports with the XR700, to extend the number of available ports and provide the perfect setup for the ultimate in LAN gaming and swift transfers of large data like 4k video. The XR700 is designed to enhance online gameplay, providing players with an optimized network environment to deliver top performance and dominate over the competition.

"When you make the Nighthawk Pro Gaming XR700 WiFi Router the bedrock of your gaming rig, you can be confident that your network will not lag, with gamer-focused customization options, seven Gigabit Ethernet ports, an available 10G port, a 1.7GHz quad-core processor and Plex Media Server, you have the best possible media streaming and gameplay on whatever platform you are playing with Xbox, Playstation, PC or mobile devices. NPG puts you in command to overcome ping and latency."

The Nighthawk Pro Gaming XR700 router offers an abundance of features using the latest and most innovative technologies specifically designed to enhance your gaming experience regardless of platform - from console to PC to mobile. Take advantage of the capabilities of the NPG XR700 router so that you and your teammates can enjoy frustration-free online and network gaming at the industry's fastest speeds, all at the same time, without a hitch in performance.

Packing DumaOS it also features a "Gaming Dashboard" which allows you to view bandwidth usage by device, ping and other parameters they have not gone into detail on in real time, which is pretty nice but should be expected on a high end feature packed router. It includes a Geo filter which limits distance to game servers or other players to get a guaranteed local connection, which may cause issues for those who aren't super tech savvy. Also a QoS (Quality of Service) feature which allows you to prioritize certain devices and allocate bandwidth to those devices to minimize lag spikes, which while many other devices currently allow this is definitely an important feature.

Now Lets go over the hardware features in the XR700

My take on the router is frankly its got a ton of features and will probably make peoples lives who aren't amazing with networking's life easier. Also the hardware is rather high end providing 10G and 802.11AD but pricing is pretty steep, which leads us to.